The Exchange also received more than 700 comments about requirements for qualified health plans that will be posted on its website next week
By:
Diane Lund-Muzikant 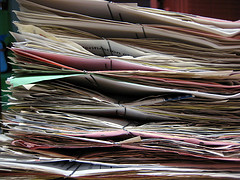 September 20, 2012 -- Once the health insurance exchange gets up and running next October, the 30,000 tribal members likely to participate won’t have to worry about their rights being violated, according to Rocky King, executive director.

“The intent is for insurers – qualified health plans – to have contracts with tribal clinics throughout the state so people can get services, and I’ve not heard of any major barriers,” he said.

Over the past few months, King and his staff have been meeting with tribal representatives to respond to their concerns about the Exchange such as being able to pay the subsidies and premiums for their members and assisting with tax credits. They also want qualified health plans to accept all Indian healthcare providers, and tribes to serve as navigators, assisting with enrollment and determining eligibility.

“The intent is for insurers to have contracts with tribal clinics throughout the state,” King said. “We want people to get the care and treatment at facilities and from doctors where they feel most comfortable. I haven’t heard of any major barriers moving in that direction.”

Identifying people who say they belong to a certain tribe is another potential problem. “We need to set up a system between the tribe and exchange to verify membership,” King said.

Also, tribal members who earn below 300 percent of the Federal Poverty Level cannot be required to pay a subsidy, and no tax penalty can be assessed, said Jim Roberts, policy analyst with the Northwest Portland Area Indian Health Board, which represents the tribes throughout the state.

Indian tribes are entitled to special protections and provisions under federal laws, including the Indian Health Care Improvement Act, the Indian Self-Determination and Education Assistance Act and the Patient Protection and Affordable Care Act.

“Unless our recommendations around network adequacy and contracting with tribes as essential community providers are implemented, the American Indian and Alaska Natives may not have a sufficient choice of healthcare providers – the exchange must make certain their standards for qualified health plans meet federal requirements,” according to Joe Finkbonner, executive director of the Indian Health Board.

His organization also received a $100,000 grant from the Exchange to do policy analysis and conduct research on a variety of issues, and cover the travel costs for tribal leadership to participate and attend Exchange planning meetings and participate in Tribal Technical Advisory Workgroup meetings.

King had nothing but praise for his work with the tribal communities. “It’s been an absolute pleasure to work with the tribes -- getting know them has been an honor, and I’ve developed a great respect for their history and their views.”

To bridge the gap between tribal members and the Exchange, Sonciray Bonnell has been hired as a tribal health community analyst, and is involved with communications, policy issues and customer service, and she also intends to visit with the nine tribes in Oregon.

“I’m here to make sure we’re at the table and that our communities are addressed as the exchange is built,” she said. “Having someone in house working with the staff every day provides a little more confidence to the tribes, that they’re being heard and are part of the process. We have an amazing mission in front of us.”

During the first week of October, the Exchange will ask qualified health plans to submit their request for applications. “That will give us an idea about how many carriers are interested in participating,” King said. Then everything starts moving on a quick timeline so the Exchange can become operational by October 2013. Before then, the Insurance Division must approve the benefit plans, and approve the rates.

Research done by the Wakely Consulting Group has led the Exchange to refine its enrollment projections, and reconsider the average premiums, the cost of operating the exchange and estimated administrative fees. Those projections will be completed by December.

The Exchange also solicited comments on the requirements that the qualified health plans would have to meet to participate, and received more than 700 responses. Those comments will be posted on its website next week, according to Lisa Morawski, communications director.

“My primary concern is that we all know coverage doesn’t mean health,” King said. “Once we get all this going how will it impact price and impact health. We need to get the door open, then we can pay attention to some of these refinements and bring as much quality and value to what we’re offering.”

King acknowledged the challenges ahead, particularly with the infrastructure to make certain the Exchange is ready to become operational. “When we turn on the switch is it going to look like a Cadillac. My sense is that we won’t have all the bells and whistles to start off; it’s a big challenge for us.”

In 2016, the Exchange can begin offering coverage to employers with up to 2016, and has requested a federal waiver to enroll groups over 100 before 2017.

House Bill 4164, which the Oregon Legislature passed in 2012, directs the Exchange to offer school districts currently in the Oregon Educators Benefit Board the option to purchase through the Exchange beginning in October 2015 and to pursue federal approval if necessary.

Thus far, the Exchange has received a total of $64.7 million in federal grants for planning, innovation and implementation and intends to apply for another level 2 grant that will provide funding through 2014. After that, the Exchange must be financially self-sustaining

To keep updated about the work of the Exchange, click here  http://www.orhix.org

Image for this story by luxomedia (CC BY-NC-SA 2.0) via Flickr.

Which states will get on the

Which states will get on the exchange bandwagon in wake of the U.S. Supreme Court ruling on PPACA? http://www.healthcaretownhall.com/?p=5658