Industry trade associations are likely to want a role in the rule-setting process
By:
Jennifer Coleman 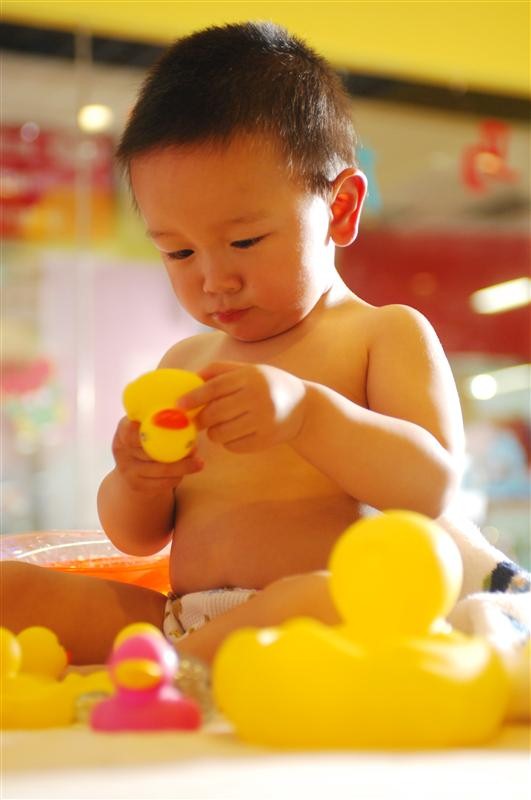 Governor Kate Brown has signed into law a bill requiring manufacturers to first disclose, and then remove, hazardous chemicals in children’s products, which holds promise for “assessing the health impacts of chemical exposure sources that are often overlooked,” says Renee Hackenmiller-Paradis, environmental public health section manager at The Oregon Health Authority’s Center for Health Protection. Yet the promise must hold up to what could be significant industry pressure as the Oregon Health Authority undergoes the rule-making process.

OHA will create a system to prioritize, collect, track, and make public the presence of hazardous chemicals--including carcinogens, endocrine disruptors and neurodevelopmental toxicants—of high concern to children’s health. Major manufacturers of children’s products will be required to meet a disclosure deadline of January 1, 2018 and begin phase-out for hazards in some products by 2022.

Tracking and reducing exposure will begin to address the strong correlation between hazardous chemical exposure in early childhood and chronic diseases like diabetes and neurodevelopmental disorders.

Ignoring the link comes at a high cost, says Rep. Alissa Keny-Guyer, a chief sponsor of the bill. “We in the healthcare community spend an enormous amount of time figuring out how to integrate and coordinate health care delivery systems and human services. While we are making great headway, it is enormously important to reduce prevalence of conditions that require expensive coordinated care and take a very big toll on our families.”

Industry trade associations will likely take interest in OHA’s public process to set rules for phase-out of hazardous chemicals. A rules advisory committee will help determine how safer alternatives are assessed and details of the waiver process. The law is clear that OHA “shall” grant a waiver if companies can show that phase-out of a chemical is not technically or financially feasible. But what is considered “feasible,” says Senator Chris Edwards, is open to interpretation.

During session, legislators were subject to aggressive lobbying from industry groups. The American Chemistry Council and the Toy Industry Association—representing what Edwards calls “many of the who’s who of American corporations”— publicly opposed the bill. This allowed member groups to “fly under the radar” to kill the bill. The ACC also ramped up donations to Oregon political campaigns when lawmakers began seriously considering chemical policy.

Keny-Guyer is committed to ensuring a firm seat at the rule-making table for small Oregon business, saying, “I’ve always seen this first as a public health bill, and second as economic development.

Rep. David Gomberg, whose kite company would be subject to the bill if his revenue exceeds $5 million a year, co-sponsored the bill and circulated a letter of support from Oregon businesses. In his floor speech he noted that while compliance would not be easy, “this is the kind of regulation a business like mine can live with.” In the end, he said, it would create greater confidence in Oregon products.

Continued funding for the program within OHA will also be critical. Keny-Guyer clarified the estimated costs for the first three biennium on the record; it will be up to the 79th legislative assembly to carry out the will of 78th.

The new law gives OHA a directive to consider chemicals a significant public health issue in children’s products, identify chemicals of concern, and grow its expertise in the arena of children’s health and low-level chronic exposures. Edwards and Keny-Guyer hope that this directive will open a larger conversation on environmental exposures.

“There are a lot of people who have a financial incentive to assume that things are safe,” says Edwards. “That is why, I think, appropriate safeguards have been blocked for decades.”

“We are pleased that SB 478 passed and will begin to provide knowledge of chemicals known for potential health impacts in children’s products,” says OPHA president Lila Wickham.

Oregon was among 28 states considering chemical policy this year according to Safer States, a network of environmental health groups. Because the bill was signed prior to August 1, Oregon’s program has a better chance to avoid pre-emption provisions in the current proposals for reform of federal chemical policy. A reform bill passed the U.S. House and another could come before the U.S. Senate as early as this week.

Jennifer can be reached at [email protected].