Tobacco tax revenue projections off by as much as 20 percent

May 23, 2012 -- Smoking and tobacco use currently provides Oregon with approximately $260 million in tax revenue each year, not nearly enough to account for the $2.4 billion that tobacco products cost the state each year. Still, the tobacco tax is a revenue stream, one that is expected to provide the general fund with $132.3 million for the 2011-13 budget. While that is only slightly less than 1 percent of the general fund budget, it would be a lot of money to scramble for if that revenue source ran dry. 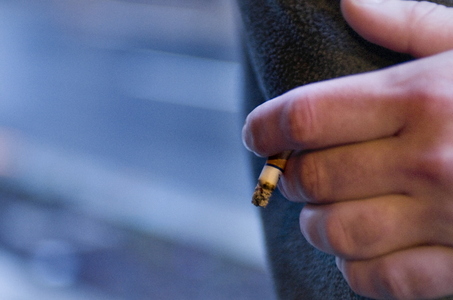 Price effects and per capita consumption impacts are applied, as well as the forecast for the 18-year-old and older population. Over the past five biennia (2001/03-2009/11), the Office of Economic Analysis’ projections have been off anywhere from -4.8 to 20.9 percent. Why such a wide range?

According to Josh Lehner, an economist with the Office of Economic Analysis, in biennia where taxes are stable (not changing), Oregon’s forecasts are too optimistic by a few percentage points (01-03, 03-05, 07-09), however in the biennia with large positive errors (05-07 and 09-11) the only major changes that took place was Washington raising their tobacco taxes. In other words, Washington raising its tobacco taxes, means that Oregon also receives higher tax revenues, because higher taxes in Washington means more cigarette sales in Oregon.

“In the big picture tobacco consumption (packs sold) is on a long, relatively steady trend downward (revenues sometimes go up when taxes are raised, even though consumption is declining),” Lehner explained. “One of the things we’ve found is that the tax differential between Oregon and Washington is important. When Washington raises their taxes and we don’t immediately, it drives some Washingtonians to drive across the border and buy cheaper packs. The effect this has on Oregon tobacco taxes is that instead of declining slightly each year, when the taxes change, Oregon’s packs sold increases somewhat or at least holds steady, thus revenue is above forecast.”

Trista Davenport, who works at a Plaid Pantry near the Washington border, says that she often sells cigarettes to customers who live in Washington. “I can tell by their IDs, and they often tell me they are buying them in Oregon because they are cheaper than in Washington,” Davenport explained. “We aren’t right on the border but it still affects our sales. For places that sell cigarettes closer to the border (than we are) it rockets their sales.”

According to Lehner, the Office of Economic Analysis does a “current law” forecast – meaning they take into account all Oregon and neighboring states laws on the books.

“It’s hard to try and account for what other states do and we can only do so once we know Washington (or another neighboring state) has passed a law,” Lehner noted.

According to a KING 5 News story, in October 2010 data from the Washington Department of Revenue showed that tax stamp sales fell after the May 2010 tax increase by an average of three million stamps per month.  The state generated more money because of the new tax, but the number of tax stamps that cigarette wholesalers were buying, an indicator of legitimate cigarette sales, was down.