The Senate Health Committee stripped a ban on flavored e-cigarettes from Senate Bill 415, and an 11th hour appeal from tobacco lobbyists about the potential loss of revenue from a ban on candy-flavored snuff and little cigars compelled the committee to move the bill to the Senate Finance and Revenue Committee for further analysis.
By:
Chris Gray 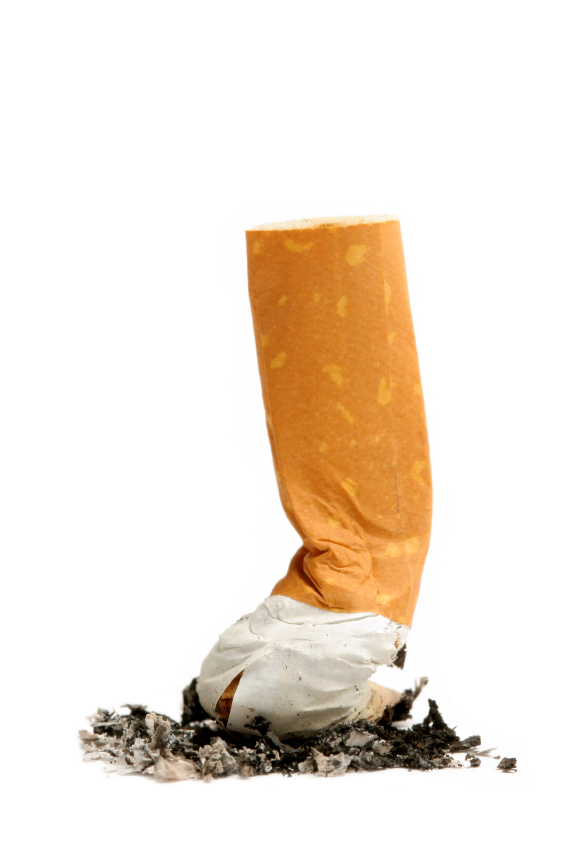 Lobbyists from the tobacco industry managed to gum up the passage of a bill that would ban Oregon sales of their flavored tobacco products, many of which have been shown to be appetizing to teenagers, perhaps deliberately.

Just hours before Senate Bill 415 was expected to be voted to the Senate floor, Reynolds American lobbyist Justin Rainey emailed Sen. Laurie Monnes Anderson, D-Gresham, warning her that such a ban could cost the state $31 million a year in lost revenue.

The warning prompted Monnes Anderson to ask her committee to ship the bill to the Senate Finance and Revenue Committee, which they agreed by a 3-2 vote. “I feel that Revenue can deal with this matter much better than we can,” she said.

At the same time, the committee unanimously agreed to remove nicotine liquid for e-cigarettes from the ban on flavoring -- the most contentious aspect of the bill at last week’s public hearing, where e-cigarette peddlers argued that such a ban would shut down their businesses, while preventing Oregon smokers from choosing a potentially safer alternative to tobacco cigarettes.

The two Republicans on the committee -- Sen. Jeff Kruse of Roseburg and Sen. Tim Knopp of Bend -- opposed the move, evidently because they opposed the bill outright, not because they were against further deliberation.

“If indeed the potential revenue impact is real or not real, I think it’s important that the Revenue Committee weigh in on this,” Kruse said.

While Finance Chairman Sen. Mark Hass, D-Beaverton, would be unlikely to oppose a flavored tobacco ban in general, the added layer of scrutiny creates another hurdle for the bill’s passage and buys time for Big Tobacco to find new ways to kill the bill. If it creates a big fiscal gap -- something Sen. Elizabeth Steiner Hayward, D-Portland, disputed, it could stop the bill in its tracks.

“Even if the revenue projections are true, I still would strongly support the passage of this bill because I think we have to put our kids’ long-term health and the long-term economic well-being of this state ahead of current revenues, and I know even if it’s a big fiscal hit we can figure it out or we can delay implementation so we could plan it for the 2017-2019 biennium.

“But I refuse to support the long-standing sale of tobacco products which put our kids at risk and lives in danger and the long-term economic well-being of this state in danger on the back of revenue right now,” Steiner-Hayward said.

SB 415 had swiftly proceeded for a committee vote after the public hearing, but it should never have been assumed that the tobacco companies would withstand such a ban without a fight. The 11th hour argument that the state would lose massive tax revenues came after tobacco lobbyists such as Rainey and Mark Nelson stayed in the background during the public hearing and allowed opposition to be dominated by concerns from e-cigarette vendors.

With the bill narrowed to just their traditional cancer-causing products, the lobbyists made their move before the Senate could whisk SB 415 over to a less friendly House of Representatives, where longtime tobacco foe Rep. Mitch Greenlick, D-Portland, as well as House Speaker Tina Kotek, D-Portland, would likely be less sympathetic to any of their tactics.

Altria, the parent company of tobacco company Philip Morris, is a reliable source of funding for Republican campaigns, giving the House and Senate caucuses $37,000 just in the past year. Knopp received $2,000 for his individual campaign account. Moderate Democrats also accepted substantial funding from Big Tobacco, including Senate President Peter Courtney, D-Salem, who led all legislators with $10,000 from Altria.

Rainey’s estimates about lost tax revenue appear to assume that flavored tobacco customers will simply not buy their regular tobacco products or will shift their purchases to neighboring states if they can’t get vanilla, coffee, clove, cinnamon or candy-flavored snuff, hookah and little cigars in Oregon.

Historical data from when the federal government banned the sale of flavored cigarettes in 2009 show that Rainey’s assumptions may not be up to snuff.

Furthermore, the Oregon Legislative Revenue Office stated that the state raises $57 million from non-cigarette tobacco taxes a year -- meaning the state would have to lose 54 percent of that tax revenue with a flavoring ban for the tobacco lobby’s estimates to be correct.

According to the revenue office, “the percentage of product line that is flavored can vary from little in the case of hand rolled large cigars, roughly half the product line for moist snuff and machine rolled cigars, to most of the product line for shisha, or hookah tobacco. The revenue impact of prohibiting the sale of flavored tobacco products will depend upon the number of current consumers that choose to not continue to consume any, or consume at a lesser rate, taxed tobacco products.”

But the potential for lost revenue is not completely without merit -- in 2008, African-American anti-smoking advocates wanted to ban menthol flavored cigarettes, arguing that these cigarettes have targeted their community and, just like other flavored tobacco, make it both easier to start smoking and harder to quit.

Just as Oregon’s budget is addicted to revenue from the Oregon Lottery’s tickets and video poker slot machines, which exploit gambling addicts, states are to some degree dependent on tax revenue generated from tobacco and nicotine addicts.

Congress left menthol out of the banned flavors like cloves, and ever-increasing cigarette taxes served as a “sort of insurance policy for the continued survival of menthol cigarettes,” according to the New York Times. SB 415 perpetuates this special exception for mint flavoring, i.e., menthol.

President Barack Obama signed a bill into law in June 2009 banning flavored cigarettes except for menthol and giving the U.S. Food and Drug Administration the ability to regulate tobacco, and three months later the FDA put the ban into place on flavored cigarettes including delectable offerings from Reynolds American like Twisted Lime, Kauai Kolada and Warm Winter Toffee, all part of the Camel Exotic Blends line.

Flavored cigarettes were developed in the 1970s as a means to break young people into smoking without first exposing them to the acquired taste of regular tobacco until they become  addicted. According to the FDA, an internal document from the Brown & Williamson Tobacco Co. stated, “It’s a well-known fact that teenagers like sweet products. Honey might be considered.”

Another document from Lorillard Tobacco Company suggested that “For younger people, beginner cigarette smokers, teenagers … when you feel like a light smoke, want to be reminded of bubblegum.”

After the ban took effect, the tobacco industry shifted heavily towards the production of flavored cigarillos and little cigars, which are used much like cigarettes, but escaped the ban. A Portland State University chemist tested some of these flavorings and found the primary flavoring in fruit flavors used the exact same chemical that kids love in sugary drinks like Kool-Aid.

Since these products are not classified as cigarettes, they are also taxed differently. Part of their appeal to young people is that while one has to shell out $5 or $6 for a pack of cigarettes, flavored cigars can be sold in two-packs for as little as 50¢.

And because of Oregon law, it would be easier for Democrats to ban the flavored tobacco designed to induce kids to smoke than it would be to pass a reasonable tax on the products and bring them up to the level of cigarettes, since a tax increase would require at least one Republican supporter.

Mar 31 2015
News source:
The Lund Report
Keywords:
cigarettes, e-cigarette
×
This article is for premium subscribers. If you are one, please sign in below.
You can see two more premium stories for free. To subscribe, click here. We depend on premium subscriptions to survive, and they are tax deductible.
Sign InGo Premium Not now