A frustrated Sen. Mark Hass spiked two tobacco bills that had dominated his work in the Senate Finance and Revenue Committee after none of the stakeholders would reach a reasonable compromise. Now Multnomah County will likely move ahead with its own licensure program, with Benton and Lane counties possibly to follow.
By:
Chris Gray 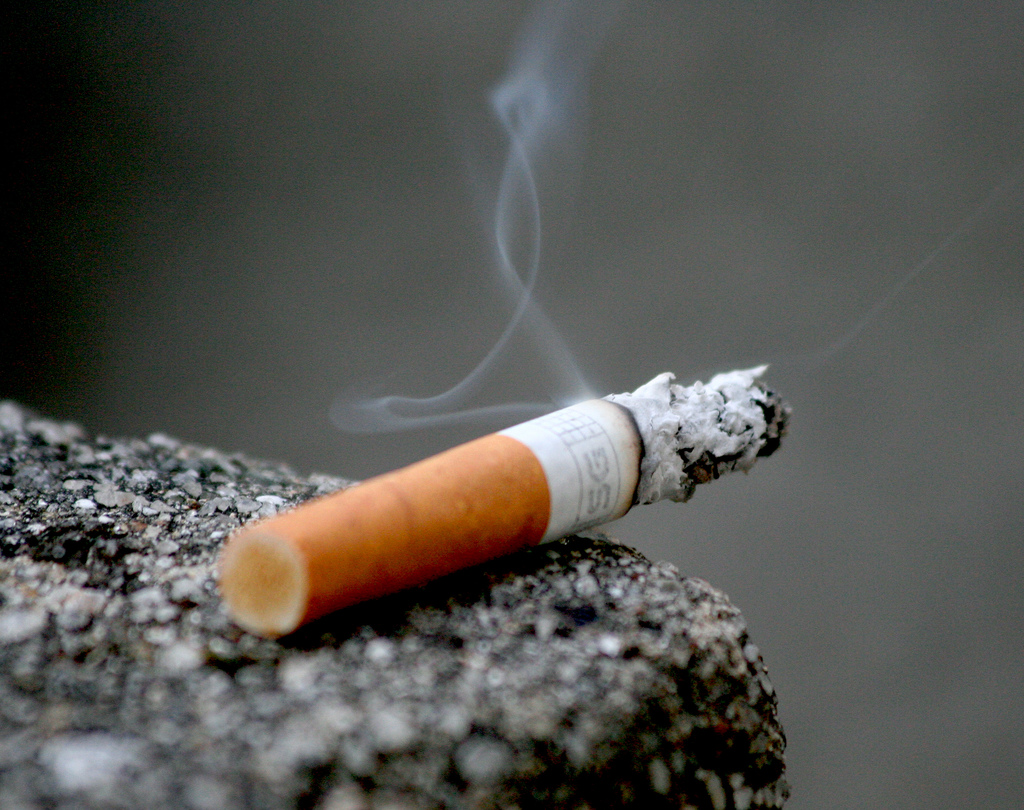 Sen. Mark Hass has killed the tobacco control bills this session, telling The Lund Report that a lack of compromise on all fronts and division among stakeholders, even among those who were natural allies, had left him with nowhere to go.

The Senate Finance and Revenue chairman was visibly disgusted with the standstill as he publicly pulled Senate Bill 663 late last week, and his mind didn’t change after the weekend.

“Nobody was willing to compromise, and without a middle it fell apart,” said Hass, a Beaverton Democrat. “All the stakeholders wanted their version to be perfect. … We went through 17 versions. We spent as much time on that bill as we spent on anything in revenue. At some point, it’s time to cut bait.”

“In a nutshell, 663 turned into a six-sided event,” said Sen. Brian Boquist, R-McMinnville, vice chair of the Finance and Revenue Committee.

Senate Bill 663 would have required retailers to be licensed by the state to sell tobacco, similar to alcohol sales. Oregon is among a few states without state-level retail tobacco regulation. Clerks can be prosecuted, but business owners face no penalty for selling to minors.

Hass believes that providing a simple level of regulation where management would face some responsibility for illegal sales would prevent some cigarettes from getting into the hands of minors.

To appease the lobbyists representing the tobacco manufacturers and retailers, the bill would have prevented local governments from passing their own regulations, but at public hearing after public hearing, 7/11 and the Oregon Neighborhood Store Association opposed the measure, aiding its defeat.

The bill’s failure amounts to a pyrrhic victory for tobacco retailers, and opens the door to a county-by-county approach to tobacco licensure and regulation.

“If the state was unsuccessful in moving tobacco licensure forward, Multnomah County would be ready,” said Kari McFarlan, the program supervisor for community wellness and prevention at the Multnomah County Health Department.

Hass was much more optimistic the bill would move forward when he spoke with The Lund Report last month, and in our latest discussion, said a deal had been reached, but multiple parties reneged on their agreement just several days later.

Lack of Confidence Remains at OHA

Another difficulty in passing SB 663 was a lack of faith in the state agencies that would regulate tobacco, particularly the Oregon Liquor Control Commission and the Oregon Health Authority. Boquist accused the health authority of misleading the public about high rates of sales to minors.

Boquist told The Lund Report he could never get a straight answer from the authority about why its statistics were so drastically different from a Food and Drug Administration program that had a 7 percent illegal sales rate, and said different people in the agency gave him different answers.

Boquist had been one of the agency’s chief critics through the Cover Oregon debacle, and has asked that rules be changed so state officials must testify under oath to legislative committees, just as people do before Congress, believing that former Oregon Health Authority Director Bruce Goldberg had lied to the Legislature about the impending failure of the health insurance exchange.

The Republican senator did remark that current Oregon Health Authority Director Lynne Saxton was always consistent in her testimony, but did not think her work cleaning up the department had gotten far enough along for the health authority to take on this new responsibility. Boquist also insisted the state save resources by consolidating its various undercover tobacco operations into one agency, something those  agencies were unwilling to accept.

“For better or worse, the Oregon Health Authority did not exude a lot of confidence,” Hass conceded.

Boquist essentially agreed with Hass on the reasons for SB 663’s failure. “We just spent too much time there, and people were getting too far apart,” he said.

Increasing regulations on tobacco was always going to be a big lift. Philip Morris and R.J. Reynolds sell a product so lucratively addictive that 42 million Americans continue to smoke even though many have seen their friends and family die of cancer from the deadly product. Those two companies spent $134,000 on Oregon legislators just last year, with some of their biggest campaign finance allotments going to Senate Democrats, including their top recipient, Senate President Peter Courtney of Salem.

But at one point, Altria, the parent company for Philip Morris, actually pledged its support for retail licensing in SB 663. But that support, Boquist said, was predicated on the defeat of Senate Bill 415, which banned candy-flavored tobacco products. Boquist was ready to support that bill, so long as it excluded all mint flavorings, but Hass told The Lund Report he was done negotiating on either bill.

The tobacco industry scuttled the second bill, Senate Bill 415, after raising concerns the state might lose millions in revenue, despite no loss to the state when President Obama banned candy-flavored cigarettes in 2009.

Hass likely ran into a similar buzzsaw as Sen. Elizabeth Steiner Hayward, D-Portland, when she tried to strike a deal in the Senate Health Committee but ran out of time before the deadline to pass bills out of the policy committees. Despite numerous accommodations to the local vaping industry, including removing them from the ban on flavored tobacco and a tentative loophole from the Indoor Clean Air Act for sampling use in their shops, some of the e-cigarette peddlers had been incorrigible.

At the same time, e-cigarette opponents and local county public health officials took a hard line against the industry, refusing to go along with the loophole to the Clean Indoor Air Act that would have allowed for in-store e-cigarette testing, a privilege already granted to cigar bars and smoke shops.

Matt Minahan, the lobbyist for the Northwest Vaping Association, said he felt misled by the Democrats, believing he had a deal to get that exemption if they cooperated on SB 663, after it was not included in House Bill 2546, the bill that banned e-cigarettes for minors and put their use under the Clean Indoor Air Act.

The vaping industry has argued they need to let customers sample their products to test nicotine levels and find a flavor that’s right for them -- something that will encourage them to switch from tobacco cigarettes to their products, which come with potential hazards. But a growing body of evidence indicates they are less harmful than traditional cigarettes.

Now the local vape shops will be among the biggest losers -- not only will they fall under county-by-county licensure, but they’ll get no exemption, which will eliminate one advantage they have with basement-quality e-cigarettes sold at corner stores with nicotine juice manufactured in China.

Despite the failure of SB 663 and SB 415, Steiner Hayward took the long view. “I think we made a lot of progress on tobacco control this session. It didn’t pass, but I didn’t expect it to pass,” she commented. “I think we will end up with a statewide licensure bill. Just like sick leave, businesses will have to deal with different regulations in different jurisdictions, and they’ll be happy with a uniform policy.”

The corner stores and supermarkets will likely face a patchwork regulatory system across Oregon, with one system in Multnomah County, and perceivably another in Washington or Clackamas counties. Steiner Hayward said Benton and Lane counties had indicated they’re willing to consider requiring a county license to sell tobacco.

Conversely, Multnomah County, which had perhaps the least to gain from SB 663, will be among the biggest winners. Its county commissioners made public their indication earlier this year to move ahead with local licensing of tobacco and e-cigarette retailers, and they won’t have to tolerate a new exception to their indoor clean ordinance to accommodate the vape shops.

By the time Gov. Kate Brown enacted House Bill 2546 last month, the county had already banned all indoor use of e-cigarettes in workplaces. The state ban takes effect Jan. 1, and will delay implementation of the county’s ban, but McFarlan said Multnomah County only planned that the ban would be advisory and educational for the first year, with enforcement to follow. “We want to give every retailer an opportunity to do good business practices,” she said.

Jun 19 2015
News source:
The Lund Report
Keywords:
tobacco
×
This article is for premium subscribers. If you are one, please sign in below.
You can see two more premium stories for free. To subscribe, click here. We depend on premium subscriptions to survive, and they are tax deductible.
Sign InGo Premium Not now