Cascade Health Alliance, which has been certified as the CCO, cannot move forward because of an impasse with county commissioners over mental health services
By:
Diane Lund-Muzikant 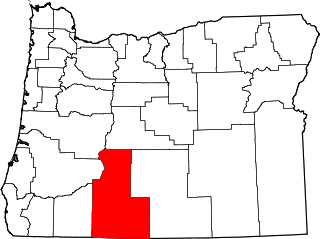 November 21, 2012 -- The movement to create coordinated care organizations throughout Oregon is riddled with tension in Klamath County where its commissioners are embroiled in a dispute with Cascade Health Alliance over who should be responsible for mental health services.

“Right now we’re the only county in the state that doesn’t have a CCO fully functioning at this point,” said Amanda Bunger, the county’s mental health director. Currently 14 CCOs are operational in the state.

The Oregon Health Authority is attempting to resolve the dispute, by calling in another mediator, and intends to continue working with Cascade and the community “as they work through the process,” said Kimberly Mounts, spokesperson.

But, before getting the go-ahead, Cascade needs to show that it has a sufficient network of mental health providers and an agreement with Klamath County “unless cause can be shown why that is not feasible,” she added. William Guest, CEO of Cascade, refused to respond to questions from The Lund Report.

However, time may be running out for Cascade, which has been at odds with the county for nearly a year. Residents have gathered hundreds of petitions and are demanding that the Authority re-open the bid process so another CCO can emerge. Currently, PacificSource Community Solutions holds the contract in the northern part of Klamath County

Negotiations reached an impasse with the first mediator over two issues -- Cascade insisted on having its own network of mental health providers rather than contract with the county. “That comes at an enormous cost of resources and expertise,” said County Commission Chair Dennis Linthicum. And, the commissioners wanted a public member appointed to Cascade’s board of directors because it’s a for-profit corporation.

“Cascade is saying they want to delegate those responsibilities themselves rather than give that role to the county,” she said. “This is a big issue for the state and could be catastrophic for the safety net. What happens if the CCO falls apart and everything reverts back to the county, putting us at a lot of risk with no oversight to monitor what’s going on. We’ve been really trying our best to work with Cascade, but there have been no concessions on their part or willingness to meet us halfway.”

If that law is not upheld, it could set a precedent for other counties in the state and result in legal action, she added.

Cascade and Klamath County need each other, said Chris Bouneff, executive director of NAMI, who’s been tracking the developments. “Cascade doesn’t have the expertise in mental health; that’s what Klamath County brings. The CCO will only be successful if the major mental health providers are equal stakeholders. Until they reach that type of agreement, it’s worrying and perilous for the system not to have everyone at the table. There are barely a handful of providers, and the county is one of the major providers. You can’t just contract around them.”

Cascade should partner with Greater Oregon Behavioral Health (GOBHI), which currently provides mental health services for nearly 72,000 people in 17 Oregon counties, Linthicum said. “GOBHI has a tremendous track record and carries a lot of expertise in their back pocket.

That way, local mental health and drug and alcohol providers won’t be cut out of the action either. “Now, without opening the door to other organizations Cascade is basically saying, ‘we don’t want you on our team – even if you’re a little guy – maybe a good base runner, but go and sit in the sidelines.’”

It’s been impossible to sign a contract with Cascade, according to Fabrice Dolce, program director of Full Circle Healing, an intensive outpatient drug and alcohol facility.

“They are excluding providers who wish to be part of the system for no good reason, and don’t care about variety or quality; it’s just the good old boys network; we’re one of the top two outpatient agencies and they won’t even consider us. People we see are doing okay for the first time in their life and are clean and sober. Now they’re being asked to go to another drug treatment facility that didn’t work for them. If we go under, half of the drug and alcohol treatment will be eliminated in this town. I can’t see how it will cost them one more dime to allow the providers that want to be part of the system in the door. It’s very disappointing. This is going to severely limit options for those people who need help the most. Cascade wants to shortchange mental health services and is dancing close to the edge.”

The potential for profit by Cascade also troubles the commissioners who want a public member on its board to make certain taxpayer dollars are being spent appropriately. Across the state, CCOs such as Trillium Community Health Plans in Eugene and Health Share of Oregon in the tri-county area have such representatives on their governing boards, Linthicum said.

“We don’t mind the for-profit model and their expertise and efficiency for problem solving is wonderful, but if there’s no accountability from the public standpoint, I don’t know then if we’re getting those rewards from profit model. That’s why we need to keep our eyes on the balance sheet,” he said.

By refusing to allow public representation, “we assume there is a strong profit motive combined with a desire to maintain close control on behalf of Cascade shareholders,” he told the Oregon Health Authority in late August. “Cascade has made it clear they will not consider any variation on any governance structure which provides for greater input from community partners including Klamath County. We find this unwillingness to cooperate unhelpful and lacking in the spirit necessary for true transformation envisioned by this effort.”

Linthicum went on to say that Cascade persists in “demanding anachronistic power and control to the potential detriment not only of healthcare clients, but also of the broader community. While this is completely understandable from their investor's standpoint, it is completely at odds with the attitude, skill set, and philosophy that are called for if we hope to realize the Governor's transformation vision.”

It all comes down to the bottom line, said Commissioner Cheryl Hukill. “As a for-profit, Cascade intends to give bonuses and profit sharing to their doctors; we feel that’s wrong because it’s taxpayer money and should be put back into programs and services that benefit the citizens of Klamath County. The doctors have their contractual amounts up front. We need those dollars to serve Medicaid patients. People in the community are upset about the bonuses going into the pockets of the providers and not into the program – they don’t feel those dollars should go for profit sharing. We’re trying to do everything we can to resolve this, but we need the ability to review the budget and know how the dollars are being spent.”

Image for this story by David Benbennick (public domain) via Wikimedia Commons.

What Cascade Health Alliance is doing overtly -- is what the rest of the community mental health programs fear will take place subtley over time. If so, than kudos to CHA for their transparency -- but is this really what we want the other CCO's to evolve into? Klamath County's Commissioners are displaying profiles in courage by defending the interests of all their constituents - not just the those constituents in business community.