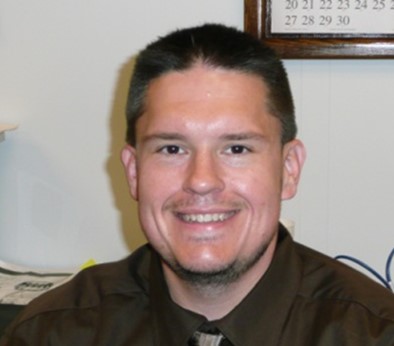 Consider it a sign that the cannabis industry is starting to come of age: For the first time ever, the National Institute of Occupational Health and Safety has taken a deep look at potential worker hazards at an outdoor cannabis farm.

Officials from the agency, who visited local Vancouver, Washington, medical grower Tom Lauerman twice in 2015, came out with their report “Evaluation of Potential Hazards During Harvesting and Processing of Cannabis at an Outdoor Organic Farm” this April. The report found that outdoor cannabis workers are likely to be exposed to ergonomic problems and repetitive stress injuries, especially during trimming. It also found high levels of THC buildup on surfaces around the harvesting and trimming work areas.

“We did two site visits, and the first was our first foray into the cannabis industry, so none of us were familiar with the processes or how they worked,” said lead author and investigator James Couch, an industrial hygienist with NIOSH, which is part of the U.S. Centers for Disease Control. “When you see a 10-foot-tall cannabis plant that’s 8-feet-wide for the first time ever - that’s impressive.”

NIOSH and Lauerman were introduced through the United Food and Commercial Workers Local 367 union, which includes cannabis workers. Union representatives talked to Lauerman after learning of a BHO, or butane hash oil, explosion at New MexiCann Natural Medicine, a dispensary in Santa Fe, New Mexico, in 2015.

“They wanted to know more about BHO and the dangers,” Lauerman said. “And from there it expanded, and we decided we wanted to do a full health and safety evaluation for the cannabis industry that they could use.”

From there, Belinda Thielen, assistant director of UFCW Local 267, introduced Lauerman to UFCW and Couch.

“(NIOSH and the union) thought we’d be the perfect place for a study, we’re a pretty classic outdoor grow,” Lauerman said. “And when NIOSH came out, we introduced them to a lot of local industry experts. We also took them to an indoor grow so they could see the differences.”

Lauerman, who’s been a cannabis farmer for more than 20 years, is no stranger to occupational safety and health regulations. Back when he lived in California more than a decade ago, he handled health and safety regulations at a company called Pacific Candles, making sure the company complied with OSHA standards.

“After we showed them around and brought the NIOSH folks to a bunch of grows in Washington and Oregon, they said OK, let’s do this,” Lauerman said. “So from there they had me pass a bunch of background checks, and then we made our farm a secure location for them to study.”

About 10 officials came to the farm for the second three-day visit during the fall 2015 harvest. During the study, Lauerman also brought in a variety of trimming machines, lab technicians from Goat Labs in Vancouver and a few other local cannabis experts, so the NIOSH officials could get more information.

“One thing we found was a lot of repetitive hand motions with not a lot of force (when trimming),” Couch said. “That could lead to risk of musculoskeletal disorders down the line. We had real concerns about that.”

The report suggests that hand trimmers be allowed to rotate jobs more frequently - perhaps alternating between short shifts at other jobs at the farm, like packaging. Another problem is that during hand trimming, scissors tend to gum up if they’re not frequently cleaned. That can require more force and create stress on the trimmer’s hands, so the report recommends frequent cleaning.

“There’s just a lot of moving parts with the trimming aspects,” Couch said. “The job rotation aspect is important, just to give relief from the constant stress. Good tools, keeping them clean is also important.”

“Trip hazards are also a big thing in any agricultural operation,” Lauerman said. “Hoses and things like that are everywhere. That’s another thing to watch out for.”

The report also found high levels of THC buildup on surfaces around the farm. THC must be heated to become activated, so there’s little risk of workers becoming high from the buildup. But NIOSH doesn’t really know what the long-term health consequences are for prolonged THC exposure, so the agency thought it was worth noting.

“We need to figure out what that does, and we don’t really know what the effect of that is,” Couch said. “We really haven’t begun to look at THC at all. That’s a long process to determine what the impacts of that are.”

He hopes to see a long-term study of THC exposure in the future, but it’s not something NIOSH is likely to do, he added.

NIOSH also found grape mold, although officials couldn’t determine how much was there.

“It’s a fungus and an allergen,” Couch said. “It’s just a potential exposure that folks didn’t know about.”

Lauerman said he’s already put a lot of the report’s recommendations to work at his farm.

“It went really well,” Lauerman said. “They hung out with us, they watched us closely while we worked - we didn’t want to hide anything.”

He’s especially proud because it’s the first time the agency has worked with a private citizen on a cannabis report.

“There was also a big deal on word choices for us - whether to use marijuana or cannabis,” Lauerman said. “Cannabis is the correct botanical word for the plant, and we really pushed for that. And we got it, which is a huge win in my book.”

People in the industry tend to prefer the word cannabis to marijuana because of both the botanical accuracy and because the word “marijuana” has been demonized for many years.

The report originally was set for release in August 2016, but the presidential election interfered with the release, Lauerman said.

“They had to push it off because they didn’t know what the administration would be,” Lauerman said. “And then in November it turned out we had a new administration, in February we had a bunch of new cabinet appointments and by April 2017 they were finally ready to release it.”

Despite the delays, though, Lauerman says he hopes to see NIOSH do more health and safety studies in the cannabis industry, especially as legalization continues to expand across the country.

“What the report has shown me is there’s a real need in the cannabis industry right now for OSHA evaluation and enforcement,” Lauerman said.

Lauerman also plans to speak on the topic at the Oregon Occupational Safety & Health Conference in Bend this September.