State Doles Out Millions To Rural Hospitals With Rich Owners 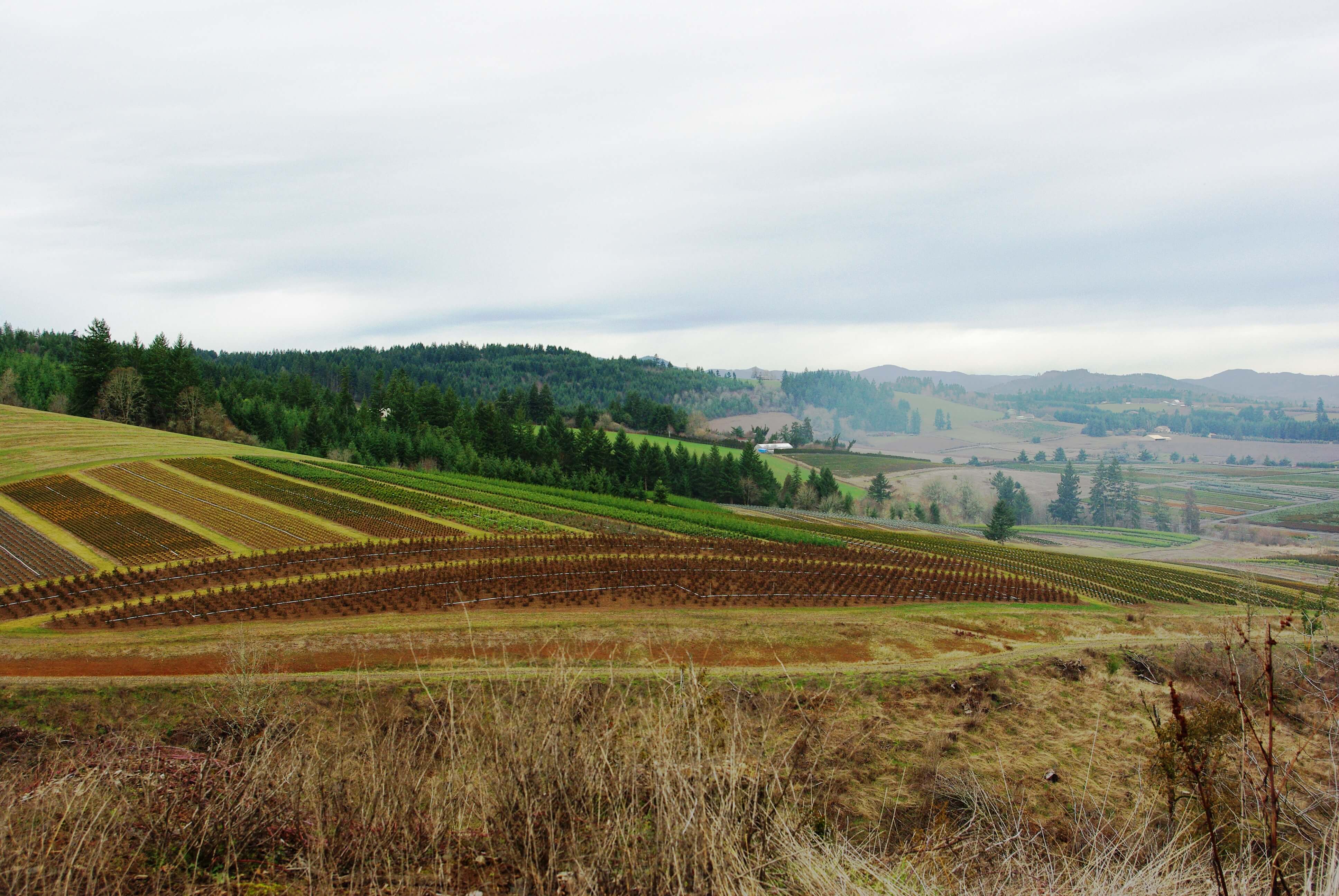 The two small rural hospitals in Ontario and Baker City in Eastern Oregon have won grants totaling $2.6 million in emergency funding from the federal CARES Act.

But although the two Saint Alphonsus hospitals usually lose money every year or, if they’re lucky, break even, there’s an irony attached to the gift being funneled through the Oregon Economic Development Department: The two hospitals aren’t independent facilities that need the cash to stay afloat. Rather, they are part of a massive Michigan-based nonprofit hospital system, which is the nation’s fifth largest hospital chain.

Trinity Health is a 92-hospital colossus that has a portfolio of stocks and other investments totaling $9 billion by latest count, and a net worth – assets minus liabilities – of $13 billion.

Still, Trinity hasn’t objected to the grants, part of $50 million of federal money the state is handing out to help rural hospitals, which are perceived as being in dire need of cash due to the pandemic.

“The grants are very helpful,” said Trinity spokesman Mark Snider. “The $2.6 million represents about 2.2% of normal net annual revenue for the two hospitals.”

The Trinity case is not an anomaly in Oregon.

Of the $50 million Oregon Economic Development Department has allocated, more than half is for rural hospitals that are owned by large, financially resilient nonprofit hospital systems with substantial investment portfolios and net worths. The include Trinity; the Bend-based St. Charles Health System; Medford-based Asante Health; and Corvallis-based Samaritan Health Services. The remainder of the aid is going to standalone, independent rural hospitals that typically are on shakier financial ground. Most of them are nonprofits or owned by public health districts.

The grants are coming from $1.3 billion in COVID-19 relief funds that the federal government channeled to the state government for it to allocate as needed.

Oregon hospital executives lobbied for a much bigger slice of that pie to go to a wider array of hospitals, but lawmakers settled on $50 million. They earmarked it specifically for rural hospitals, which typically are smaller and less profitable than city hospitals.

Throughout the COVID-19 crisis, as government officials have doled out billions of dollars in CARES Act aid to hospitals nationwide, the question of how to gauge a hospital’s need for the money has repeatedly surfaced. Virtually every hospital has suffered revenue drops and new expenses due to COVID-19. But many are owned by systems that over the years have accumulated massive financial reserves. Critics wonder why they don’t draw from their reserves instead of taking taxpayer money.

In a remarkable move earlier this summer, the wealthy California-based Kaiser Permanente hospital system handed back $500 million in CARES Act money to the federal government. Kaiser said it would do fine without the cash.

In Oregon, critics question whether small, rural hospitals that belong to wealthy hospital chains should get a public handout.

Oregon Rep. Rob Nosse, D-Portland, told The Lund Report he didn’t think such hospitals should qualify for the $50 million, and that the wealth of their parent companies should be a factor in the grants.

Nosse is a member of the Emergency Board, the legislative body that allocated the $50 million. The board didn’t instruct the Oregon Economic Development Department to consider parent company financials. Rather, it directed the agency to prioritize small, remote rural hospitals, said Nathan Buehler, the agency’s spokesman.

“If necessary, we were prepared to prioritize …. independent hospitals followed by …. health system hospitals,” Buehler said. But, he added, “ultimately only 20 applications were received for $49,189,271, so each hospital received their requested amount.”

Hospitals can use the money to cover payroll costs, protective equipment, COVID-related equipment purchases, cleaning services and the like from March 1 to the end of the year. The agency asked applicants to explain how revenues had dropped and how expenses were affected by COVID-19. It did not ask for details on parent companies and reserves.

Despite its size and wealth, Trinity Health has been financially hurt by the pandemic. In its latest disclosure filings, it said it expects total revenues for the fiscal year that ended June 30 to drop to $17 billion, from the $19 billion it had anticipated prior to the onset of the virus. Trinity hasn’t specified whether it expects a loss for the year.

As revenues have declined, Trinity has cut costs, in part by furloughing 15,000 of its 125,000 workers. On the strength of its net assets of $13 billion, including its $9 billion investment portfolio, this summer it took out a $1 billion line of credit to ensure it had plenty of cash on hand.

Meanwhile, the Oregon Economic Development Department approved  grants totalling $8.4 million in rural hospital money for the St. Charles Health System. In its latest financial report, the Bend-based system said  that already it is recovering financially from the COVID-19 monetary hit and expects to make a slender operating profit this year.

The system said it needs to examine the terms the economic agency is setting before it decides whether to accept the money.

“We want to ensure we can fully meet all requirements before contracting to accept the funding,” said spokeswoman Lisa Goodman.

For the first six months of this year, the entire system, whose flagship is the St. Charles Bend medical center, lost $18 million on revenues of $396 million. The system’s investment portfolio dropped in value by $21 million, to $560 million. But the system is hardly poor. After subtracting debt obligations and other liabilities from the value of the investment portfolio and hospital facilities, it had a net worth of $747 million as of June 30.

“With (patient) volumes rising closer to normal levels, financial projections for the remainder of 2020 are stabilizing and currently show break-even or better performance for the second half of the year,” the system’s June 30 financial analysis stated. The system expects an operating profit of 3 to 7% for the year, with the exact amount depending on factors like possible increases in low-income Medicaid patients  and reduced state Medicaid payments to hospitals.

Asante Ashland Will Get $2.4 Million

In Southern Oregon, the Asante Ashland Community Hospital was granted $2.4 million by the Oregon Economic Development Department . The facility is part of the three-hospital nonprofit Asante Health System based in Medford.

Asante declined to provide recent financials and declined to respond to questions from The Lund Report.

Its most recent financials, for the fiscal year ended Sept. 30, 2019, show the system had a net worth of $918 million, including an investment portfolio of $657 million. The system reported a profit of $48 million on revenues of $961 million.

It’s unclear how much the Ashland hospital has been hurt financially by the coronavirus. In recent years it has been strongly profitable, with profits of 17%, 20% and 10% in 2018, 2017 and 2016 respectively, according to filings with the state. In some years before that, it reported losses.

The Corvallis-based nonprofit Samaritan Health Systems reaped the largest payout from the economic agency: $14.7 million to help cover costs at three of its hospitals, in Lebanon, Lincoln City and Newport.

The five-hospital system, with its flagship in Corvallis, did not respond to questions from The Lund Report, and its most recent publicly available financials are from 2019 and 2018. For 2019, the system reported a $14 million profit on revenues of $1.2 billion.

Samaritan does not appear to be as financially strong as the other systems that were awarded the rural hospital aid. Financial reports indicate that as of Dec. 31, 2018 it had a net worth of $225 million, after subtracting debts and other liabilities from the system’s physical assets and its investment portfolios of about $120 million.

Sep 2 2020
News source:
The Lund Report
Keywords:
legislature, COVID-19, CARES Act, hospitals
×
This article is for premium subscribers. If you are one, please sign in below.
You can see two more premium stories for free. To subscribe, click here. We depend on premium subscriptions to survive, and they are tax deductible.
Sign InGo Premium Not now