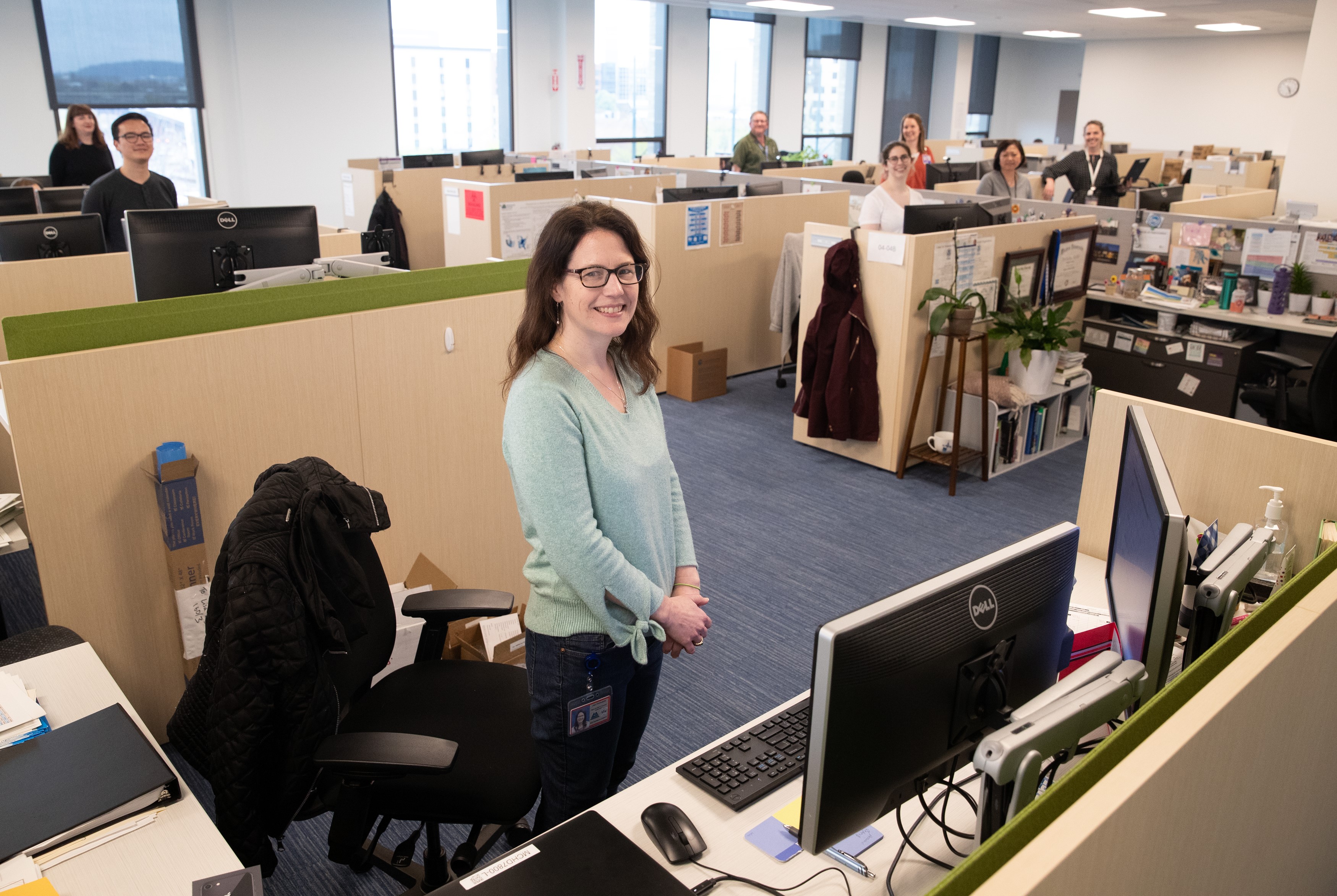 In early May, two weeks before Oregon counties started reopening their economies from COVID-19 lockdowns, Gov. Kate Brown outlined the state’s planned response to mitigate the spread of the virus.

Partnerships among large hospital systems, rural hospitals and Oregon Health & Science University would enable random coronavirus testing on a large scale. And a network of more than 600 trained contact tracers would help tamp down outbreaks by spreading word of positive tests to infected patients’ friends and coworkers.

“We have to let people know if they have been unknowingly exposed to the virus,” Brown said on May 1. “With this overarching strategy of testing and tracing in place, we will safely be able to begin the process of reopening Oregon.”

But Brown’s two-part prevention strategy to prevent community spread has proven ineffective amid testing delays and some residents’ unwillingness to cooperate with contact tracers.

Up to 15% of all Multnomah County residents reached by health officials about their exposure to the virus don’t provide any information about who they’ve been in contact with, Multnomah County Health Officer Dr. Jennifer Vines said at a briefing Monday.

“It could genuinely be because they’ve taken all of the precautions and don’t have any contacts,” Vines said. “Or it could be because they declined to talk.”

Either way, reluctance among younger adults in particular to return contact tracers’ calls or disclose their close contacts has contributed to a steady climb in the positivity rate of COVID-19 tests in recent weeks.

After hovering around 5% from late June through much of July, 6.1% of all COVID-19 tests statewide were positive over the final week of July, the Oregon Health Authority reported Monday. That was the highest weekly positive rate in four months but it might not be the peak. On Tuesday, more than 10% of coronavirus tests were positive, according to The Oregonian/OregonLive.

Brown’s goal in May was for the Oregon Health Authority and county health departments to train 600 contact tracers across the state. After a few weeks of training, those tracers would call everyone who an infected patient came into close contact with, tell them to self-isolate and find out who they may have exposed. Those calls would help contain new outbreaks and prevent runaway community spread.

But corralling the virus’ more recent spread by younger Oregonians is proving a greater challenge.

The county currently has about 60 tracers and is onboarding five to 15 each week to reach its goal of 122.

The tracers start a conversation by introducing themselves as a county health department employee and verify they’re speaking with the right person. Then tracers explain that they are calling about protected health information. They must verify the individual’s date of birth before explaining that he or she was in close contact with someone who tested positive for COVID-19.

“Once we are able to get past that first step of validating their birthday, we have a very short period of time to very rapidly build trust with them,” Mitchell said. “You can tell very early on in that phone call whether the person is going to be interested in collaborating with this.”

Even getting the chance to speak with someone has been a challenge in many cases.

“Especially with those in that younger range, in their 20s to 30s, who grew up immersed and are really literate in technology, they’re maybe a little bit more suspicious of a phone call coming from an unknown number,” Mitchell said. “They’re suspicious of a scam.”

These are important calls in the eyes of state health officials, who have repeatedly sounded alarm bells about young adults congregating at bars and house parties. Despite the large-scale protests that have been unfolding outside the federal courthouse in downtown Portland for more than two months, health officials like Vines said Multnomah County has seen scant evidence outdoor protests are spreading COVID-19.

Instead, indoor gatherings appear to be the main driver behind a surge in cases since the start of summer.

While older residents continue to be the most at risk of serious illness, 10% of Oregon COVID-19 cases resulting in hospitalization have been in patients under 40 years old, according to state figures. That means roughly 170 younger Oregonians have been hospitalized since the pandemic began.

Though younger residents are challenging contact tracers, long turnaround times in testing labs may be putting them at an even greater disadvantage.

Partnerships among hospitals, research institutions and local health departments have allowed testing capacity to ramp up on a weekly basis. But most counties still rely on commercial labs like Quest Diagnostics to process a vast majority of their test samples.

When coronavirus hotspots began raging in Florida, Arizona, Texas and elsewhere early in the summer, local health departments found themselves competing against these other states and counties to get their results back.

Multnomah County officials waited up to 12 days much of last month to receive COVID-19 test results from samples it sent to Quest.

“With those kinds of delays, we miss our big prevention window of identifying contacts early and asking them to stay away from others,” Vines said, adding that patients may no longer feel sick or may have lost track of their contacts by the time they find out their test results.

“Given the time lag with test results, if you know you’ve been in close contact with someone who is positive, we ask that you start a 14-day quarantine even if you haven’t heard from (Multnomah County) Public Health,” she said.

Multnomah County has managed to trace just 46% of its coronavirus cases to a known source within a week’s time, according to state figures. Brown’s reopening plan for counties required them to keep that rate at 70% or higher. Only seven counties with significant populations have managed to meet that goal to date, and the statewide tracing rate is 54%.

Health officials concede that slow testing and ineffective contact tracing puts them at the mercy of the public’s behavior.

“When we do have this level of community-wide transmission, that is when it becomes even more important for the universal precautions approach of using face coverings and really asking people to limit their number of social contacts,” Vines said, referring to the types of behavior that people driving the spread of the virus have ignored. “Respect the social distancing, and just assume that anyone they come into contact with may have the virus.”

Aug 5 2020
News source:
The Lund Report
Keywords:
COVID-19, multnomah county, health care, coronavirus, contact tracers
×
This article is for premium subscribers. If you are one, please sign in below.
You can see two more premium stories for free. To subscribe, click here. We depend on premium subscriptions to survive, and they are tax deductible.
Sign InGo Premium Not now