This time around proponents would like to open a small rural health clinic inside the 12-bed hospital.
By:
Diane Lund-Muzikant 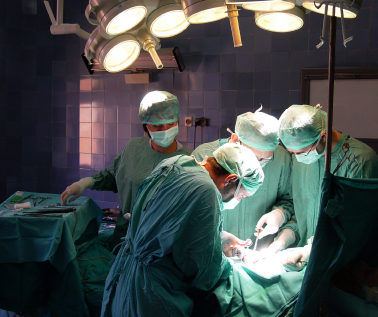 June 2, 2010 --Unwilling to accept defeat, Columbia Health District is once again attempting to convince state officials that there’s a need for a 12-bed hospital in St. Helens. But the process is ripe with contention.

Residents who’ve opposed the hospital in the past are likely to raise the same concerns – questioning whether the hospital can sustain itself financially and meet the needs of the community – at a public hearing later this month.

“I expect it to be a pretty lively community meeting,” said Janna Fussell, certificate of need coordinator for the Oregon Public Health Division. “We’re not passing judgment until we go through the review process.”
Proponents insist they have a viable plan. They’ve updated the financials, and intend to open a small rural health clinic inside the hospital, staffed with a nurse practitioner and minimal physician coverage.
“The state’s criticism of our initial application was that we hadn’t dealt with primary care, and that’s been taken care of,” said Pam Powell, hospital project coordinator for the Columbia Health District.
Fussell, who remains cautious, said the division welcomes public comments. A decision is anticipated by Aug. 25. If approved, the hospital would be financed with a $12 million loan and opened in late 2011. It would be located at 35311 Millard Road, near the intersection of Millard Road and U.S. Highway 30. Voters approved that site for annexation to the city of St. Helens by a 62 percent majority in May.
Legacy Health System, which already manages an urgent care clinic in St. Helen’s, would run the new facility.
In October 2009, state officials denied its application, saying the Columbia Health District had failed to justify the need for and viability of the hospital.
Columbia Health District has actually been working since 2001 to build a small community hospital in St. Helen’s and began applying for a certificate of need in November 2008.
Residents voted in November 2004 to form a new taxing district and levy a 38-cent-per-thousand assessed value tax to build the hospital.
The project is haunted by the memory of St. Helens Hospital and Health Center, which closed in 1990 due to bankruptcy. That 90-bed critical care facility employed 123 people who were laid off when the hospital closed. At that time, the hospital was more than $11 million in debt.
At that time the closure was attributed to inadequate Medicare reimbursement, low occupancy, high numbers of uninsured patients, shortages of physicians and an inability to invest in modern equipment.
See related stories here.
Jun 2 2010
News source:
The Lund Report
Keywords:
hospitals, certificate of need, st. helens, columbia health district, legacy health system, Oregon Public Health Division