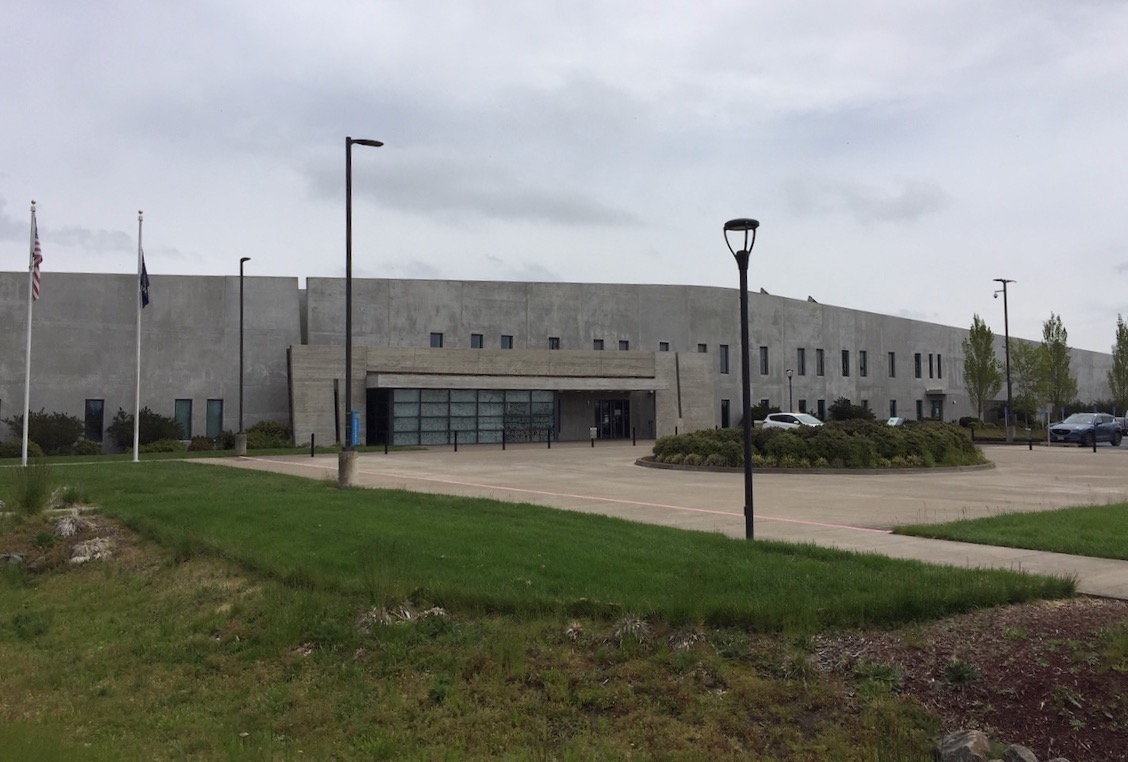 A lawsuit filed on Sept. 12 claims an Oregon State Hospital nurse used confidential information to track down a former patient at a Portland church and attended weekly services for more than a year in hopes of finding her.

The lawsuit is the second one filed against the Oregon State Hospital and David Herne, a former registered nurse who left his job in May. At the parish, the lawsuit says, he pressured the former patient to get into his car and later pursued her with texts.

The former patient, identified in court papers by her initials to protect her privacy, alleges Herne had “groomed” her at the state hospital and made sexually inappropriate comments before her discharge. The case claims that after seeing her in church, Herne told her he then spent 18 months driving from Salem to weekly services at the Portland parish. She’d expressed interest in attending it while still at the hospital.

The lawsuit’s claims bear strong similarities to another lawsuit filed against Herne and the state hospital earlier this year in June. The earlier case, filed by the same law firm, also claimed Herne had singled out a female patient during her stay at the state hospital. In both cases, Herne allegedly continued to contact the women after they left the state hospital and were trying to rebuild their lives. In the earlier lawsuit, the patient claimed Herne used his cell to show her pornography and lingerie and continued to pursue her with texts after she was discharged.The state hospital has a culture of looking the other way at questionable relationships between patients and staff, the newer lawsuit says.

“OSH has a culture of tacitly approving inappropriate relationships between staff at OSH and patients or former patients,” it says. “Other staff knew of Heme’s continued stalking and sexual grooming behaviors … and did nothing to stop it. Staff know that OSH will not investigate reports of abuse by patients and there is a culture of retaliation when reports of abuse are made.”

Asked about the newer lawsuit, Amber Shoebridge, a spokesperson for the Oregon Health Authority, which runs the Oregon State Hospital, declined to comment on the lawsuit but said the facility is committed to a safe patient environment.

Herne couldn’t be reached for comment through public phone numbers and email addresses. A man who identified himself as Herne’s father returned one phone call and told The Lund Report his son has relocated to the Houston area and is looking for a job. Texas nursing records show Herne is registered in that state, as well as Oregon. He has no record of discipline in either state, but the Oregon State Board of Nursing doesn’t confirm pending complaints.

Herne’s father declined to comment on the allegations other than to say he hopes his son can put the matter behind him.

“We’d like to get this issue resolved, if it’s resolvable,” he said. “I mean, it obviously is influencing his life. And that’s not a good thing.”

The woman who filed the lawsuit this month was admitted to Oregon State Hospital’s Junction City campus in 2017. In an unspecified criminal case, she had been found guilty except for insanity.

The lawsuit says that while at the hospital, Herne would seek her out and take her to the “quiet room,” described as a semi-private room for patients to be alone or with others. Herne forced her to talk to him for hours and made comments about her body, his sexual preferences and quizzed her about her background, including past relationships, the lawsuit claims. The lawsuit says the patient complied because Herne, as a nurse manager, had control over her treatment and influence over when she would be released.

In 2018, the patient was preparing to leave the state hospital and go to a group home in Portland. While on a trip with other patients to look at group homes, she became excited about one that was close to St. Stephen Catholic Church in Portland because she is a devout Catholic, the lawsuit says, adding that her interest in attending the church was likely recorded in her file.

In 2019, when the woman was living in a group home in Portland, another patient told her Herne was trying to find her and planned to locate her at church, the lawsuit claims.

In 2021, the woman was discharged from the jurisdiction of the Psychiatric Review Board, which supervises people in guilty except for insanity cases.

In January 2022, she attended the church at a different time from her usual routine.

She was kneeling when she “heard the distinctive sound of Herne’s loud, hard-soled boots behind her,” the lawsuit says. “She froze in fear. She knew the sound well because Herne had worn these same boots frequently at OSH.”

The woman confronted Herne and asked him what he was doing there; he insisted on talking in his car instead of her suggestion: a “public place in a nearby pub,” the lawsuit says. It says Herne told her he had been making weekly trips from his Salem home to services at the Portland parish since 2020, hoping to find her.

They went to a bar in Portland and the conversation continued as Herne began “drinking heavily,” the lawsuit says.

Back in the car, the woman asked Herne to drop her off in front of the church so he wouldn’t know where she lived, the lawsuit says. Instead, he allegedly drove in the opposite direction and over the Ross Island Bridge toward Interstate 5.

He turned around after she repeatedly asked him to do so, the lawsuit says. After dropping her off, Herne allegedly sent the woman a barrage of texts.

“Don’t tell anyone we saw one another tonight!” one allegedly said.

The woman began skipping services out of fear that she would see Herne, the lawsuit says.

It says the woman had nightmares about the car ride and continues to fear that he will pursue her or other patients.

The lawsuit seeks damages of $975,000 for negligence, infliction of emotional distress and failure to supervise Herne.

State payroll records show Herne left state employment on May 1, after seven years as a nurse at the state hospital.

Sep 20 2022
News source:
The Lund Report
Keywords:
behavioral health, patient safety, access and quality, oregon state hospital
×
This article is for premium subscribers. If you are one, please sign in below.
You can see two more premium stories for free. To subscribe, click here. We depend on premium subscriptions to survive, and they are tax deductible.
Sign InGo Premium Not now