The Family Birth Center Clinic has been providing prenatal care to indigent women with high risk pregnancies since 2005
By:
Joanne Scharer 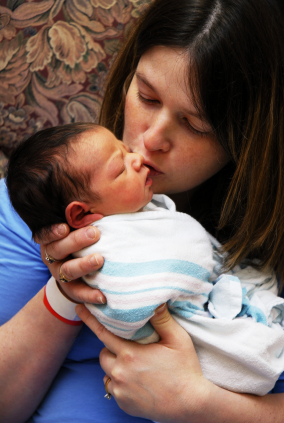 February 9, 2012 -- Indigent women in Marion County are about to lose an invaluable resource following the closure of the Family Birth Center Clinic run by Salem Health, which has provided prenatal care to indigent women with high-risk pregnancies since 2005.

“We’re very sad about it because it will affect our prenatal clinic at the Marion County Health Department, specifically with women who can’t afford insurance or don’t qualify for the Oregon Health Plan because of their immigration status,” said Veronica Sheffield, Special Programs Manager for the WVP Health Authority. Sheffield, who’s been involved with the clinic since it opened, helped create the partnership among WVP, the Marion County Health Department and Salem Health.

The clinic has been operating with substantial losses each year, according to an email from Salem Health obtained by The Lund Report. Its closure will result in annual savings of approximately $500,000.

“We’re very proud of the care that the Family Birth Center Clinic has provided over the past six years, and thank the providers and staff who have provided such a high level of care,” according to that email, adding that the hospital was attempting to work with other community providers to share the responsibility of caring for this vulnerable population. When asked for more details, Salem Health did not respond.

“Maybe they will absorb them (women with high-risk pregnancies and no health insurance) into other clinics,” Sheffield said. “That’s my hope.”

Despite closing the clinic, Salem Hospital won’t be able to turn away uninsured women when they’re about to give birth if they’re in the Citizen Alien-Waived Emergent Medical Program.

In fact, the hospital could end up with higher costs if these babies spend time in its neonatal intensive care unit.

“I see what they are looking at,” Sheffield said. “This clinic serves a lot of indigent women. We’re all looking at how to do better quality care with less money. But sometimes, the people making the decisions aren’t clinical people and don’t understand the big picture.”

Through the partnership, women paid whatever they could afford for prenatal care. When the economy was good, they absorbed 60 percent of the $600 cost; more lately they’ve only been able to pay 40 percent. Salem Health also covered the cost for any lab work.

“They (Salem Health) have been a great partner in terms of providing care for these women,” Sheffield said. “They have really gone above and beyond.”