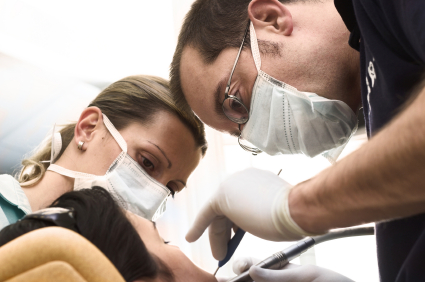 November 10, 2011 -- The days of selling a private dental practice in rural Oregon are coming to an end, in part, because of the overwhelming debt faced by new graduates.

Dr. Gary Brooks knows that well. In the past ten years, he’s been approached by only three dentists interested in buying his practice, and none of them came back with an actual offer.

“With the amount of loans new dentists come out of school with, they can’t afford to buy a practice,” said Brooks, who’s been practicing in Willamina since 1975.

When he retires, that small town is likely to lose its only dentist. The facts are pretty apparent, he said – it’s simply more lucrative to open a practice in a metropolitan area like Portland.

“If I were looking to come out of dental school, it would be less costly to open a new practice instead of buying one, that’s strictly economics,” Brooks said. “New dentists with a lot of loans can have a busier practice in a metropolitan area.”

“The number I’ve always heard is that a dentist needs a base of 2,000 patients to have an active practice,” he said. And graduates face a significant debt load. A survey conducted by the American Dental Association in 2008, revealed that upon graduation, they owe, on average $231,000 in student loans.

It’s also slightly more expensive to buy a practice than start a new one, said Zepp. That same survey showed that it cost $465,000 to set up a new practice -- $14,000 less than buying an established practice. Generally, dentists don’t have difficulty getting such financing because “dentistry is a good business to be in,” Zepp said.

Offering loan forgiveness programs to new graduates is one way to attract dentists to rural areas, he added.

The sluggish economy is also playing a role with fewer baby boomer dentists expected to retire. “We are skewed right now towards the boomers,” Zepp said, “but frankly, because of economic conditions, people are staying in practice longer. In terms of the number of dentists in Oregon, we aren’t seeing anything that tells us we are going to have a major shortage.”

Meanwhile, Brooks, who serves on the Rural Health Coordinating Council, which advises the Office of Rural Health, is particularly concerned about how communities such as his will fare in providing basic healthcare services. “The trend is bad and getting worse,” he said.