This story has been modified after The Lund Report learned that the Washington Insurance Commissioner has not completed the market conduct study of Regence, however it is expected in the near future.
By:
Diane Lund-Muzikant 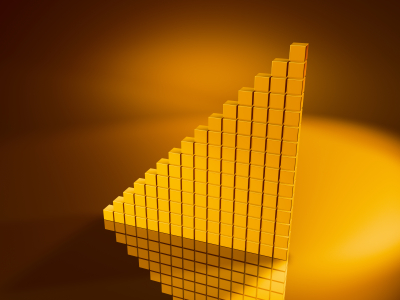 September 24, 2013 – While Regence is taking a severe pounding by Oregonians for jacking up premiums by at least 30 percent as the Affordable Care Act takes hold, the insurer could face severe penalties in the state of Washington following a nearly two-year investigation by its insurance commissioner, Mike Kreidler.

Sources at the commissioner’s office confirmed that the market conduct study is not completed yet, but is expected within the very near future.

“Sometimes it depends on how big the issue is and how quickly the company can respond,” he told The Lund Report. “If you just pull samples of claims it’s pretty straightforward, but instead if you want to go into computer systems, it’s deeper.”

While the investigation is still underway, the president of Regence BlueShield of Washington, Jonathan Hensley, left the company in mid-September.

Nevertheless, Hensley name and photograph still graces the pages of the website for Cambia Health Solutions, the holding company for the Regence health plans. He appears there along with other Regence healthcare leaders such as Jared Short and Don Antonucci http://www.cambiahealth.com/about/leadership.html.

At Regence, Hensley led strategy and execution for the Washington plan consistent with company's direction, and was responsible for directing and guiding statewide operations and market performance while representing and promoting Regence in business and civic arenas throughout the state.

It's unknown whether Hensley has any information about this investigation because he could not be reached for comment by The Lund Repor .

The investigation into Regence was triggered more than two years ago after Mike Kreidler issued a press release saying “The Regence Group needs to get its act together. We’ve seen an ongoing pattern of errors and problems with Regence and its subsidiaries. Many of these problems directly harm consumers and healthcare providers.” Since then, Regence’s holding company has changed its name to Cambia Health Solutions.

In September 2011, Kreidler called together the insurance commissioners from Oregon, Utah and Idaho in Sale to discuss the problems he’d seen in Washington with Mark Ganz, then the president and CEO of The Regence Group (now Cambia Health Solutions).

“The status quo clearly isn’t acceptable,” Kreidler said. “Most of these things seem to be systemic problems, rather than isolated incidents.”

The problems identified by Kreidler at that time were:

Although these are the major issues of the investigation Roesler mentioned that other issues might have turned up since then such as anomalies that have since been fixed. “Whereas,” he said, “we might find other things that are new to us that merit a closer look. Those sorts of changes in our focus happen all the time as the data and information rolls in.”

Regence and its subsidiaries also faced other state enforcement actions in 201 including:

In August, Kreidler fined Regence BlueShield $100,000 for wrongly denying contraceptive claims from 984 women over a period of eight years. The company also paid the claims, which totaled $148,740.

Here are a few other articles published in The Lund Report about Regence.

We are disappointed to see

We are disappointed to see Jonathan Hensley unfairly and inaccurately characterized in your report. Jonathan is a respected leader who honorably served Regence BlueShield and our members for nearly 10 years. He informed the company of his retirement plans earlier this year, and was actively involved in developing a leadership transition plan while Regence BlueShield conducts a nationwide search for a new president. Regence will discuss the OIC report once it is released. Regena Frieden Director, Public Relations Cambia Health Solutions

Regena, I was taken aback

Regena, I was taken aback by your comment about Jonathan Hensley when you say that your company was disappointed to see him unfairly and inaccurately described in my article. The majority of the information about Mr. Hensley was taken directly from your company's website -- other than the fact that I could not ascertain whether he was aware of the outcome of the OIC investigation. I ask you -- how could that be inaccurate since no conclusion was drawn As the executive editor of The Lund Report, I have also learned since this article was published that Mr. Hensley did not leave Regence BlueShield voluntarily -- from several very reliable sources -- among them insiders at Regence -- and that he was fired by Jared Short, Cambia's president of health insurance services. How's that for accuracy? Diane Lund-Muzikant Executive Editor The Lund Report -- the voice of truth about our healthcare system