The health insurers that want to participate in Cover Oregon next year have until next Tuesday to file their proposed rates and benefit plans with the Insurance Division
By:
Diane Lund-Muzikant

April 26, 2013 -- Oregon’s health insurance exchange is about to take a decisive step forward next Tuesday. That’s when health insurers must file their proposed rates for individual and small group coverage with the Insurance Division. Those rates will be made public May 10, and public hearings have already been scheduled starting in late May. 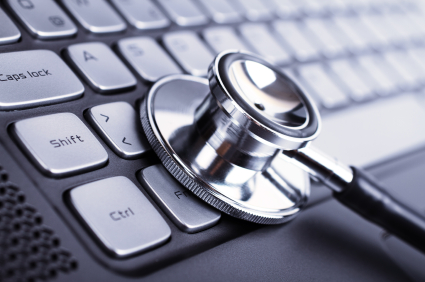 Lou Savage, the state’s insurance commissioner, is optimistic the highly competitive health insurance market will help keep prices low. “Of course,” he told The Lund Report, “insurers will be competing aggressively for their share of the vastly expanded 2014 market. One of our challenges is to bring as many young people into the market as possible.”

Next year, Cover Oregon projects that 160,500 individuals, including 55,000 uninsured and 56,900 employers will join the exchange, and start signing up in October.

Among the 16 insurers expected to participate, Regence BlueCross BlueShield and Health Net appear to be headed in a different direction. At a breakfast meeting held at the Embassy Suites last week, Kevin Meier, director of commercial sales, told insurance agents that Health Net had decided not to offer coverage to small businesses. However, when asked for an explanation, Brad Kieffer,  media spokesman, said Health Net had not made a final decision yet and may end up changing its mind. After this article appeared Kieffer contacted The Lund Report saying that Meier had not said equivocally that Health Net would not participate in the small employer market in the exchange. After receiving this call, The Lund Report contacted several insurance agents who had attended the event, and they all verified that what Meier reportedly wsaid was, in fact, true.

Regence could have a different ploy in the works. Up until now it’s been the third party administrator for the nearly 11,000 people on the high risk pool who have pre-existing conditions such as cancer, heart disease and diabetes, and have been denied coverage. Next January – with the implementation of the Affordable Care Act -- that risk pool goes away and insurers must accept everyone regardless of their medical condition.

That’s led Regence’s parent company, Cambia Health Solutions, to create a new insurance company in Oregon known as BridgeSpan which will only offer individual coverage – and not be available to small businesses -- in the exchange. Those employers can still choose the Regence brand.

But many industry officials remain skeptical about Regence’s true intentions and are convinced this is an attempt by Regence to discourage people with high medical costs from joining its plan. Why else would the company make such a decision at the same time the high risk pool is drawing to a close?

Cambia spokesman Scott Burton offered this explanation. “Cambia’s decision to create BridgeSpan is tied to our desire to build a company from the ground up that distinctly responds to the needs of individual consumers in the new exchanges. The Affordable Care Act has created a level playing field requiring one carrier to pay another if ‘risk’ is unbalanced among carriers. This eliminates any advantage or disadvantage a carrier could have over another as a result of who they insure. Additionally if approved by the Oregon legislature, the state’s new reinsurance program would provide further protection for all carriers.”

The Insurance Division intends to scrutinize all the filings by the insurance companies at a quick pace and make a decision on the rates by June 30. It will also be closely reviewing the “metal” benefit plans offered – bronze, silver, gold and platinum – each with its own actuarial level of copayments and deductibles. Federal tax credits will help subsidize insurance premiums, while a state reinsurance program, coupled with a similar program at the federal level, is intended to keep insurance rates at a reasonable level. “The rates need to be reasonable in relationship to the benefits and cannot be excessive or unfairly discriminatory,” according to Laura Cali, chief actuary and manager of product regulation for the Insurance Division, who met with the staff and board of Cover Cover recently.

Here are 5 common gaps qualified health plan issuers have to resolve before plans can be sold on an exchange http://www.healthcaretownhall.com/?p=6715