A bipartisan group of legislators wants to close the gap to get health insurance to 15,000 immigrant children living in Oregon who are currently barred from receiving care through the Children’s Health Insurance Program. But unless a budget solution arises, the state stands to end health coverage to 350,000 people it already serves
By:
Chris Gray 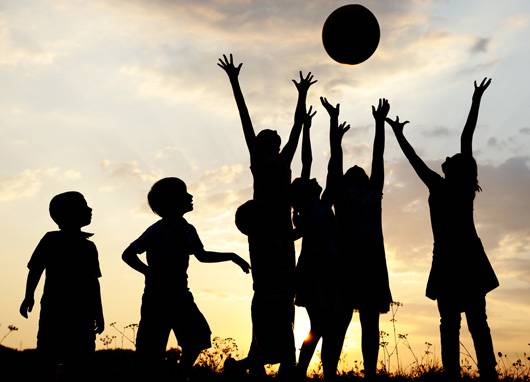 Gov. Kate Brown renewed her commitment on Monday to legislation that would expand the Oregon Health Plan to cover all income-eligible children living in Oregon, regardless of their immigration status.

“It’s our duty to assure that our youngest Oregonians have the ability to grow into good citizens,” Brown told the House Health Committee, testifying on House Bill 2726, which expands Oregon Health Plan coverage to all children living in Oregon in households below 300 percent of poverty. “Oregon families should be confident that a medical event will not greatly alter the trajectory of their lives.”

Federal law precludes the use of federal funding to provide healthcare to anyone without legal permission to live in the United States, barring about 15,000 children from getting health insurance, some of whom have lived here for a decade or more. These kids are caught in limbo, without access to health insurance, due to failed immigration policies that have stymied the past three presidents.

“It makes sense morally, and it makes sense economically,” Rep. John Huffman, R-The Dalles, said. “Simply having access to an emergency department is not quality care.”

Despite bipartisan support, Brown picked a tough budget year to bring the proposal forward. As many as 350,000 poor adults are at risk of losing their Medicaid coverage already as the state faces a $1.8 billion budget shortfall. Attempts in Congress to severely slash Medicaid funding to the states could also kill healthcare access for people living in poverty.

“If we can’t solve the broader issues in the healthcare budget, it will be difficult to fund it,” House Speaker Tina Kotek, D-Portland, told reporters.

Still, as Rep. Mitch Greenlick, D-Portland, pointed out, these children would represent just over 1 percent of the entire Oregon Health Plan population.

Kotek repeated her position that the budget shortfall in the healthcare budget -- about $900,000 -- should be made up by increased assessments and taxes on the healthcare industry, including coordinated care organizations and hospitals, which, she said, were enjoying record profits because of the Affordable Care Act.

She also referenced a recent study from the Oregon Health Care Quality Corporation showing the price of healthcare services in Oregon were 17 percent higher than an average of it and four other states sampled -- Utah, Maryland, Missouri and Minnesota.

Brown’s balanced budget proposal, released in December, included $55 million for the immigrant children while keeping intact the existing Medicaid expansion. She proposed offsetting the cost with a $69 million increase in vice taxes on tobacco and alcohol, a sizable increase in the hospital provider assessment and re-establishing a premium tax on health insurers and coordinated care organizations.

Many of the big healthcare industry players, including Legacy Health, Providence Health & Services and Moda Health all back HB 2726, which had no public opposition at a hearing Monday. Dr. Resa Bradeen, the Providence medical director for children’s services, testified that “access to healthcare is a human right, especially for children.”

The Oregon Health Leadership Council, which includes these industry players, is developing funding proposals but has yet to make anything public.

Rep. Alissa Keny-Guyer, D-Portland, has been a longstanding supporter of expanding healthcare to the state’s immigrant communities, winning coverage through the budget process for expectant mothers and earmarking $10 million to safety-net clinics that cater to immigrants.

That windfall has helped community health centers keep their doors open to uninsured immigrants, but the grant money only does so much to help them get access to the coverage insured people have. “Children need access to the whole system,” said Laura Etherton, the lobbyist for the Oregon Primary Care Association, which represents these clinics. “Patients have a very hard time accessing the system outside of primary care.”

A few years ago, Keny-Guyer kept her proposals close to the chest for fear of public blowback, but “The more this concept has surfaced, the more support it has gained,” she said.

She read a letter from former Rep. Vic Gilliam, R-Silverton, who was a strong supporter of his district’s immigrant community but was compelled to retire earlier this month due to his personal struggle with Lou Gehrig’s Disease.

“Our communities are stronger when all of our children are healthy,” said Gilliam, a devout Christian who closed his letter with a Bible quote from Jesus: “When you refuse to help the least of these, my brothers and sisters -- you are refusing service to me.”