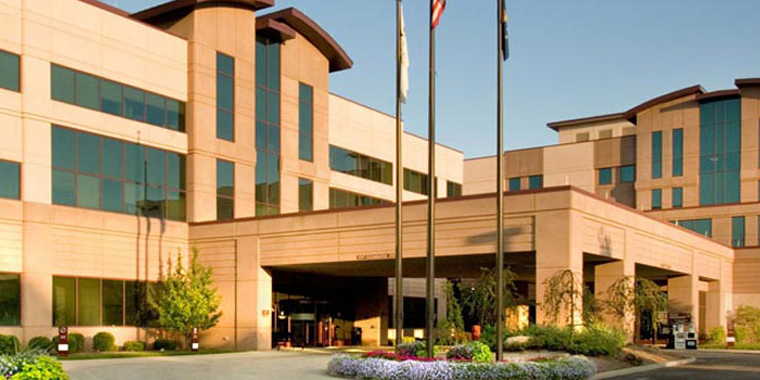 Providence Health & Services is gearing up to perform heart transplants next year.

The hospital system announced Friday it has recruited a top heart transplant surgeon, Dr. Brian Bruckner from Methodist DeBakey Heart and Vascular Center in Houston, Texas, to be the surgical director of the program. Dr. Jill Gelow will serve as medical director, Providence said. A longtime heart failure cardiologist, she’s been on staff at the Providence Heart Institute for 18 months since leaving Oregon Health & Science University, which halted its program when all of the heart failure cardiologists left.

These two appointments round out Providence’s heart failure program, which includes five other heart failure cardiologists, including one who was hired in August, and five surgeons besides Bruckner. One of them, Dr. Gary Ott, has also performed transplants, giving Providence two heart transplant surgeons.

Dr. Dan Oseran, executive medical director of the Providence Heart Institute, said the hospital is “thrilled” with Bruckner’s recruitment, saying he was a "very skilled surgeon."

"We're gratified that he recognized the opportunity to work at Providence Heart Institute," Oseran said.

For several years, Bruckner has led the Houston-based program which is rated by the Scientific Registry of Transplant Recipients as one of the top heart transplant programs in the country. It has a high volume of heart transplants -- 53 in 2018 -- and top outcomes. The registry gives it five bars -- the highest level -- in patient outcomes. A total of 16 heart transplant programs among 144 nationwide have the highest rating but only two others -- the University of California San Diego Medical Center and Tufts Medical Center in Boston -- performed more transplants than Methodist DeBakey, with 55 each last year.

"We have patients come here from all over the country," said George Kovacik, a spokesman for Methodist DeBakey.

Oseran said that Bruckner decided to join Providence because he was interested in the opportunity to start a new program. "That opportunity doesn't happen very often," Oseran said.

Gelow is also a respected physician.

"She's fantastic," Oseran said, calling her an "exceedingly hard-working" heart failure cardiologist who was a "dedicated, passionate advocate for her patients."

"She has a lot of experience, she's a great clinician and a great person, and she's very focused on helping to build the best transplant program that we could have," Oseran said.

Gelow worked for years alongside Dr. James Mudd at Oregon Health & Science University’s heart transplant program. It had good results until 2017 when six patients died following what reliable sources said were a series of errors, throwing the program into crisis. The heart failure team rallied to fix the problems but in 2018 Mudd was forced out and that led to an exodus of his colleagues, who were angry over his treatment. Gelow was the first to leave, going to Providence. OHSU’s acute care nurse practitioner for the heart transplant team, Robin Miller, also went to Providence.

OHSU was forced to close the program for nearly a year. It hired three heart failure cardiologists who joined heart transplant surgeons on staff to form a new team. It got the go-ahead in August to restart the program, just missing the deadline that would have forced it to start from scratch with the Centers for Medicare & Medicaid.

OHSU responded to a request for comment about Providence's announcement with a statement on Friday, saying it was pleased with its "progress toward building the right team to provide heart transplants, in addition to mechanical circulatory support devices and many other options for advanced heart failure." It said it was hiring more heart failure cardiologists and has replaced Miller with another acute care nurse practitioner. It has four heart transplant surgeons on staff.

The statement also said that OHSU has patients on a waiting list, but didn't give any numbers.

The last time that Oregon had two heart transplant programs was in 2012 when Providence closed its program because of lack of volume.

Oseran is confident Providence will be successful. He said that the hospital system now has a robust heart failure team, which performs more cardiac assist device surgeries than any other program in Oregon. It also has transplant coordinators, social workers and nurses.

Bruckner will start early next year but Oseran doesn't expect the program to be ready to perform transplants until the end of the first quarter.

He said Providence was proceeding in a "deliberate" fashion.

"We aren't going to start until we think we have everything in place," Oseran said.

That includes putting in place protocols and procedures to ensure that patients get the care they need, he said.

Unlike OHSU, which has federal approval and is open for business, Providence has to gain approval for its program from the United Network for Organ Sharing, and it will have to perform 10 heart transplants to gain CMS certification, which is necessary for a program to be financially viable. Heart transplants can cost more than $1 million, and hospitals need to recoup as much as they can from CMS.

Oseran said Providence will perform those transplants for free.

"We are prepared to absorb the cost we need to achieve CMS certification," Oseran said.

It's not clear what the two hospital systems will do to lure patients. Oseran said he hopes patients choose Providence because "of "the quality of providers we have."