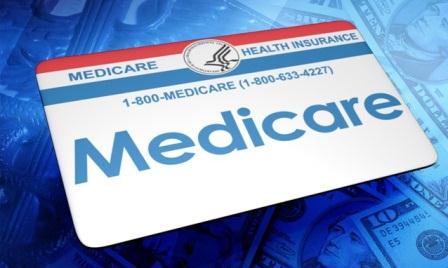 Six Oregon hospitals will have their Medicare payments cut in 2017 after federal officials found high rates of patient injuries stemming from infections, blood clots, bed sores and falls and the presence of bacteria resistant to drugs.

Nationwide, officials penalized 769 hospitals, which are expected to lose 1 percent of their Medicare fee-for-service payments, roughly $430 million. Teaching hospitals such as OHSU could face further cuts. .

According to Kaiser Health News, “The penalties come as the Centers for Medicare & Medicaid Services also launches new requirements for hospitals to ensure that the use of antibiotics is limited to cases where they are necessary and be circumspect in determining which of the drugs are most likely to work for a given infection. Hospitals will have to establish these antibiotic stewardship programs as a condition of receiving Medicare funding under a regulation the government drafted last summer”

Asante did not respond to a request for comment and OHSU intends to provide a response next week, according to Tamara Hargens-Bradley, associate director of media relations.

Smaller hospitals such as Santiam, with only 40 beds, are at a significant disadvantage, said its CEO Terry Fltechall. His hospital has been cited each of the last three years, with penalties amounting to $38,000, a relatively small amount considering the hospital has revenues of $70-80 million annually.

“Our hospital is significantly aware of its errors on a concurrent basis,” he added. “We take immediate corrective actions to ensure that they do not reoccur and to provide the best quality of care to our patients.”

“When the issue was discovered, we took immediate and aggressive action to remediate the situation,” he said. “We firmly believe that our aggressive intervention then, and our continued focus on reducing hospital- acquired conditions and improving our care quality since, have resolved these issues.”

Kaiser said the federal report reflects data captured between 2013 and 2015, and since then Sunnyside Medical Center has implemented a number of new processes that have improved patient safety, according to Laura Duffey, Kaiser’s senior director of patient quality and safety.

“As a result, Sunnyside Medical Center was recently ranked among the safest hospitals in the United States by The Leapfrog Group, which assigned it an “A”, their highest safety rating. In addition, Leapfrog named Sunnyside a “Top Hospital” in a report earlier this month recognizing the nation’s best hospitals for performance against rigorous quality and safety standards,” she said.

Providence Newberg received one reduction in reimbursement for readmission rates for COPD patients, Mike Antrim, communications manager, told The Lund Report. During the rating period, the hospital had two readmissions causing the penalty that was less than $1,500.

“Our overall patient satisfaction and quality measures exceed or are on par with state and national rates,” he added.

Antrium also provided the table below which shows the number of hospitals in the readmission rate category across the nation and the state. Providence Newberg, he noted, was no different than the national rates.

Out of 4,645 hospitals in the United States:

Out of 59 hospitals in Oregon:

Asante did not respond to a request for comment and has been cited in each of the past three years. OHSU intends to provide a response next week, according to Tamara Hargens-Bradley, associate director of media relations.