Overall, spending on care for the poor dropped statewide while enrollment climbed in the Oregon Health Plan
By:
Courtney Sherwood

April 26, 2013 – Oregon's two for-profit hospitals are among the stingiest hospitals in the state when it comes to providing care for the poor. 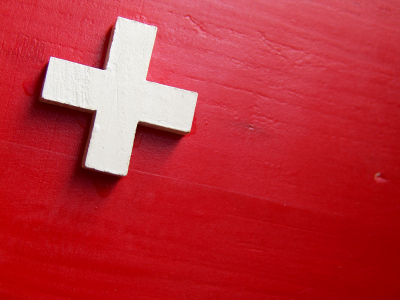 Every other sizable hospital spent at least 5 percent of patient revenue on charity care, with spending averaging 9 percent across the state.

McKenzie-Willamette released the following statement in response to questions from The Lund Report: "As part of our commitment to the community, and as required by law, McKenzie-Willamette Medical Center provides medically necessary emergency medical care for anyone who needs it, regardless of whether the patient has insurance or the ability to pay for services. The volume of uninsured patients is driven by physician referrals and the number of patients who choose to come to our emergency room for care.."

This is the eighth story in a Lund Report series examining hospital finances. The first six articles provided snapshots of Oregon’s 26 most prominent hospitals – two that are for-profit, two that are government-run, the rest all nonprofit entities. Part seven in the series examined hospital executive compensation, which is climbing twice as fast as pay for most American workers. The final story in the series, scheduled to run next week, will examine Oregon’s hospital provider tax, which funds Medicaid reimbursements.

Today we tackle charity care – how much Oregon’s hospitals provide to the poor, why some are spending more while others spend less, and what the official numbers really mean.

Charity care spending broadly refers to the cost of caring for poor and low-income patients who are unable to pay their bills.

“About 15 years ago, hospitals got together here in the (Portland) metro area and synched up our principles on charity care,” said Mark Perry, chief financial officer at Adventist Medical Center.

These hospitals agreed to provide emergency and critical medical care for free to people whose household income is below 200 percent of the poverty line. They offer sliding-scale discounts patients with household income between 200 percent and 400 percent of the poverty. To prove that they are eligible, patients must agree to a financial review. Though this system began in Portland, similar guidelines are now common across the state.

If deciding who can receive charity care is relatively easy, it’s much harder to put a price tag on the value of healthcare provided to the poor. Each hospital in Oregon must publicly report its charity care spending. Dig into these reported numbers, however, and the figures begin to look as though they are built on shifting sands.

“In a broad sense, there is no finite definition of ‘charity care,’” said Pamela C. Smith, a professor at the University of Texas-San Antonio who has researched and published papers on the topic in academic journals. It’s hard to say whether these reported expenses are “a ‘true reflection of uncompensated care, as so many factors may go into the number, and that may vary by hospital,” she said.

In large part, this is because of the complexity of hospital bills.

Hospitals are required to develop official fee schedules for the services and procedures they provide, said Joan Carr, director of business services at Bay Area Hospital in Coos Bay.

Almost nobody pays the amount listed on the schedule, however.

Insurance companies negotiate contracts in which they usually agree to pay less than the official price tag. Medicare and Medicaid also pay less. Even uninsured patients can expect a discount – people paying out-of-pocket typically get 25 percent off at Bay Area, 35 percent off at Legacy Health’s hospitals.

With so many possible price tags for any specific treatment, how does a hospital determine how much it has “spent” on charity care by providing health care to the poor?

That depends on the hospital.

Imagine an uninsured woman receives treatment with an official price tag of $100 at Bay Area Hospital, for example.

Officials at Adventist, Legacy and Providence hospitals say they calculate how much they spend on charity care based on the actual cost of providing that care, rather than the official amount charged. But even that figure is an imprecise estimate, they acknowledge.

And some hospitals use several methods when calculating charity care spending.

“The best way to report charity is by costs – what was the true cost of providing care to this patient?” said Jenny Ulum, spokeswoman for PeaceHealth, which owns Sacred Heart hospitals in Eugene and Springfield. “That wouldn’t have anything to do with initial billed amount, insurance reimbursement, or anything else.”

Despite this, PeaceHealth uses both costs and charges in its own calculations.

Oregon’s major hospitals said they spent $673.7 million on charity care in 2011. With each hospital setting its own standards for what “spending” even means, that figure can start to seem meaningless. Even so, charity care figures do provide broad insight into how much hospitals are spending to help the poor, and into differences between healthcare groups and changes over time.

The state’s major hospitals spent 4.4 percent less on charity care in 2011 than the year before. (These calculations exclude Kaiser Sunnyside, which does not report its hospital charity care spending separately from other parts of the Kaiser chain).

But many hospital officials say they did not choose to cut charity care – fewer patients asked for it.

All five Providence hospitals reviewed for this story reported drops in charity care spending from 2010 to 2011. The most extreme was at Providence Willamette Falls, which saw a 47 percent decline, to $7.9 million.

“There have been no changes to our charity care policies that would cause a drop,” said Gary Walker, Providence spokesman. “Funding is based on need not a set budget. We believe the drop was due to the increase in membership in the Medicaid (Oregon Health Plan) program.

Other economic conditions were likely also factors. Providence Willamette Falls is in Clackamas County, which has the lowest poverty rate in Oregon. Providence St. Vincent, which reported a 23.8 percent drop in charity care spending, is in Washington County, where poverty is also below state and national averages.

Legacy Health spokesman Terrett said poverty was one factor in that chain’s increased spending on charity care, as well.

Officials at nonprofit hospitals interviewed by The Lund Report said that they work hard to identify patients eligible for charity care.

“It is part of our mission,” Terrett said. “We care for everyone, regardless of their ability to pay. As a nonprofit organization, we understand that’s part of the social contract we have with the communities we serve.”

That imperative to deliver social value in exchange for nonprofit tax exemptions has increasingly been brought up by state legislatures across the U.S., said Smith, the University of Texas professor.

“On the state level, property taxes and income taxes are the ‘hot topics’ when it comes to charity care,” she said. “Since most tax-exempt entities don’t pay these taxes, legislators want to ensure that the entities are meeting and/or exceeding their mission to provide community benefits to the state.”

That may help explain the gap between how much Oregon’s nonprofit and publicly owned hospitals say they spend on charity care and how much the for-profits report.

“For-profit hospitals, to my knowledge, do not have specific requirements to provide charity care, as there are no tax laws that require such a thing,” Smith said.

Regardless of their social missions, nonprofit hospitals are likely to see charity care spending drop significantly beginning in 2014, when the federal health reform will vastly expand the number of Oregonians with health insurance. That could prompt a new look at tax exemptions for nonprofits.

To take a look at the charity care provided by Oregon's 26 DRG hospitals during 2011 compared to their profitability and patient revenue, click here.

Editor's note: McKenzie-Willamette Medical Center officials responded to The Lund Report's request for comment after this story had been published. The story has been updated to include the hospital's comment.