Although the transition has been smooth, it’s still too early to tell whether access has actually improved for people on the Oregon Health Plan.
By:
Jeff McDonald 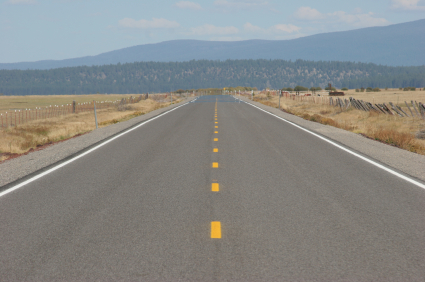 Is Klamath’s mental health system fixed? It's still too early to tell.

But it’s still too early to tell whether access has improved for people on the Oregon Health Plan as waiting lists have grown and more data needs to be collected.

“There are a lot of challenges,” Gilbert said. “We’re learning how to be a community mental health program. There are many laws and requirements we have to meet.”

The county opted out of that role in June after a contentious debate ultimately determined the program would no longer pencil out.

The move coincided with the approval of Cascade Health Alliance, a for-profit subsidiary of Cascade Comprehensive Care, as the county’s coordinated care organization Sept. 1.

Commissioner Chair Dennis Linthicum felt the county should step away from providing such services because it couldn’t compete with the private sector.

“Given the contractual basis that was presented by the Cascade Health Alliance, we could not operate under those parameters,” Linthicum said. “It was unworkable given our structure and hierarchy, so we stepped away from that service and let the Oregon Health Authority designate a new (community mental health program).”

Among the challenges, Linthicum said, were benefit packages for county employees including PERS retirement benefits.

About half of the 66 employees including case managers, psychiatrists and staff, who were laid off by the county were rehired by Klamath Youth Development Center with the same wages, hours and positions, but without the PERS benefits, Linthicum said.

“Now they’re operating in a financially sound format because they removed the overhead associated with PERS,” said Linthicum, who’s running for Congressman Greg Walden’s seat. “It’s the same people, salaries and wages, but not the same benefits.”

Not All Providers Accepted

The privatization of county services rankled many within the local community, including Fabrice Dolce, director of Full Circle Healing, the largest outpatient treatment provider in Klamath County.

Dolce was told not to apply for a contract with Cascade because there were already enough providers.

“For reasons that escape me, they want to have their own network,” he said.

Full Circle Healing also has a waiting list of 100 people looking for services, a symptom of rising drug addiction, he said.

“Methamphetamine has returned in a big way,” he said. “I’ve never seen it so prevalent.”

His waiting list indicates access to mental health services is a problem, he said, and limiting the number of providers could burn the county, particularly next year when Medicaid enrollment is expected to spike.

“What’s going to happen when the next 5,000 people are added to Medicaid in Klamath Falls alone?” he asked.

Since taking on the new role, his organization added 900 cases to its client load in the first month, including former county cases and walk-in traffic.

By January, Gilbert’s organization is expected to launch new mobile crisis teams, a new crisis respite facility for youth and expand health navigators who help clients with their care. It’s also in the rebranding stage and expects to have a new name that more accurately reflects its mission and purpose.

“So far, it’s going great,” she said. “We meet every other week, go over metrics, billing and case management – so there is no triangulation for patient care.”

Improved communication has improved her ability to get approval for residential treatments much faster than in the past.

“The length of time is pretty much how long it takes to get client care and it’s way better than it used to be,” she said. “We’re all calling each other. To me, that’s what needed to happen a long time ago.”

Bill Guest, CEO of Cascade Health Alliance, has been hearing positive feedback from providers and clients about the privatization of mental health services, and says the private sector will respond to market demands.

“The reports from case managers has been very positive,” Guest said. “There have been zero complaints regarding access from our members. In the past, we’d get multiple calls from members who couldn’t get an appointment in a timely manner. Those kind of calls ended completely when we transitioned from county to private.”

Response times have been faster, and people aren’t waiting hours to get services authorized, said Guest, who praised Klamath Youth Development Center and its providers for taking on a huge challenge in such a short time frame.

“They’ve done a tremendous job absorbing the patient volume that had been seen by the county,” he said.

Guest predicted the community mental health program could take on even more cases, pointing to the county’s low 2 percent rate of Medicaid patients who utilize mental health services. By comparison, that figure in Lane County is around 12 percent, Guest said.

“Access for members at 2 percent wasn’t good enough. We think it could have been done better. We think the private sector is going to do a good job.”

Jeff can be reached at [email protected].