Some businesses that offer in-home care services have grave concerns about their ability to compete with the state’s home care workers, which nearly derailed SB 1542. But the leader of the Oregon Health Care Association believes that the state won’t be able to compete with his agencies’ cheaper, more comprehensive services.
By:
Christopher David Gray 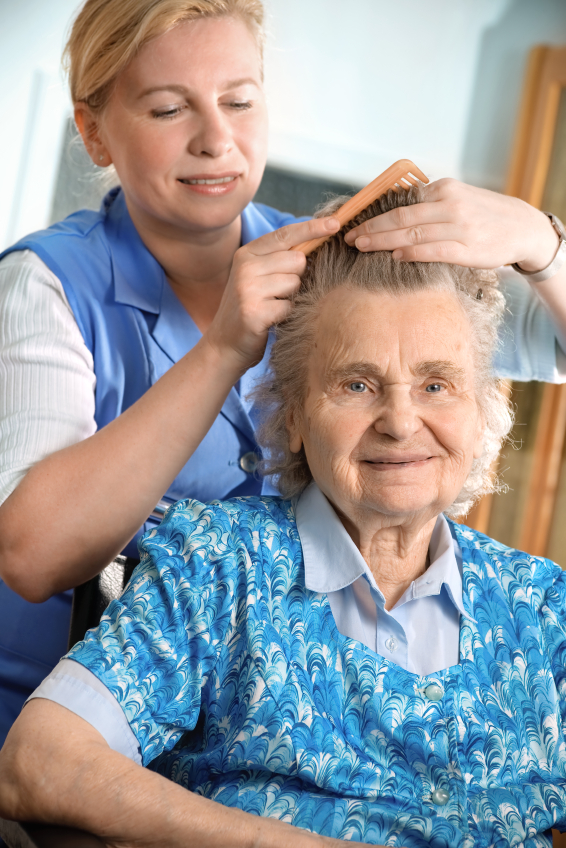 A new law that will expand the state home care Medicaid registry onto the open market has some private agencies who offer this kind of care worried that the state is butting in on their business.

Other observers maintain that the public option will have little or no effect on their ability to provide quality care to seniors.

Though touted by state leaders, especially Democrats, as a national model, the state home care registry is not without harsh critics.

“Most of the clients that I take in on Medicaid have been in the program and were not happy,” said Sharon Moore, the owner of Personal Home Care in Salem.

Moore’s organization and others like it currently offer the best option for middle-class seniors who need help with daily living but otherwise can live well independently. A registered nurse, Moore has 48 caregivers in Marion, Polk and Linn counties in the Willamette Valley, who currently serve about 50 elderly clients.

Caregivers do everything from cook meals, dress and bathe their clients to manage medicine, drive them on errand runs and trips to the doctor. Since many of Moore’s workers are also certified nursing assistants and either trained by her and her staff of nurses, they can do simple nursing tasks like assisting the client with insulin or catheters -- something that the state caregivers are not qualified to do.

A private agency also offers case management and helps the client set the time and frequency of visits.

Medicaid clients currently can choose either option, which is totally up to consumer preference, according to Mike McCormick, the director of the Department of Human Services Division on Aging and People with Disabilities.

The impact on these businesses was a chief concern of Sen. Jackie Winters, R-Salem, who opposed the bill in a committee due to concerns from agencies in her district But, she ultimately supported SB 1542 as an additional option for seniors, particularly in rural areas where options are few.

Kath Schonau, who operates Aging Wisely with Heartfelt Hands in Newport, was also very concerned about the ramifications of SB 1542. “It puts us on an uneven playing field with the registry,” she said, since the agencies are more thoroughly regulated and offer built-in services that a solo home care worker cannot provide.

At the same time, her rates have fallen from $27 an hour for skilled care to $22 an hour. More basic caregiving from Personal Home Care costs $19 an hour, down from $24 an hour before the recession. Her employees’ wages have correspondingly fallen to about $11 an hour, and several have quit to join the SEIU force.

“That crappy program is going to get propagated, and private home care agencies are going to go out of business,” she said.

Not so fast, said Jim Carlson, president of the Oregon Health Care Association, which represents Moore’s agency and others at the state level. Carlson’s organization introduced several major amendments to SB 1542, all of which got negotiated into the bill before it left the Senate Health and Human Services Committee.

Carlson said he expects minimal, if any impact at all on the private home care agencies. “The costs are projected to be higher than the private market rate. … The service package through the registry is a fraction of what you’d get in a private agency.”

“We were able to get our main concerns addressed even though we weren’t too wildly enthused about the bill,” Carlson told The Lund Report.

Carlson agreed that one upside of SB 1542 would be to reduce the demand for a third option open to the elderly -- the so-called Craig’s List providers, who have not had any kind of background check and may cause chaos for seniors.

The Oregon Health Care Association amendments edited out state control over the rates of private agencies, required clear definitions of the scope of practice, required the total cost of the new option to be paid for by the client, and ordered DHS to inform consumers about the private home care agency option.

“We think agency home care should be an option,” said Meghan Moyer, a political organizer for the Service Employees International Union, Local 503, which represents caregivers through the commission, as well as workers for the large private agency Addus HealthCare, which is based in Illinois but offers in-home caregiver services in 15 Oregon counties. “For some people, they want that control,” she said, to hire and manage their own caregiver, without an agency getting in the way.

Preliminary estimates came in at nearly $25 an hour for the public option, a rate that Moyer said was higher than she expected. McCormick said that those estimates were based on starting with 25 customers the first month, and then expanding by 25 customers each additional month.

“As more of the public participates, the cost will go down,” he added.

If the state can’t get the rate down below $25 an hour, it will negate a principal concern of Sen. Elizabeth Steiner Hayward, D-Beaverton, a primary supporter of SB 1542. She testified that from her personal experience seeking care for her mother-in-law, agency rates had been expensive, with too much going to the agency instead of the caregiver.

Steiner Hayward and her husband later decided they didn’t need the agency, opting to cut out the middle man and hire their caregiver directly, but this required them to do complicated accounting and buy workers’ compensation insurance.

McCormick cautioned that a detailed discussion of the program was premature, as much of it will be shaped by a year-long rulemaking process between DHS and the Home Care Commission. The $1.5 million in seed money to start up the program won’t even be available until July 1. Rates, details around service plans and assessment guidelines all need to be worked out.

Kevin Call, the owner of Adeo In Home Care in Tigard, said there may be additional administrative costs that DHS and SEIU have not anticipated, and these may prevent the state registry expansion from penciling out, such as case management and accounts receivable.

“I don’t know if those costs have been factored in,” he said.

Call said he was satisfied with the amendments that the Oregon Health Care Association got added into the bill. He also had faith that the many of the concerns that Schonau and Moore raised would be hammered out in the rulemaking process, including ongoing monitoring of care.

The association insisted that each consumer who enrolls starts out by undergoing a needs assessment and develops a service plan, which became a statutory requirement. The state will also have to advertise the private agency options alongside the state registry option.

“I assume that someone is going to go out and supervise these people,” said Call, who thought that would ensure seniors continue to receive the appropriate level of care as their situations evolve. Depending on need, agencies have nurses who see the client on a regular basis for certain care needs or have a case manager who re-evaluates their case one or more times a year.

Call didn’t have the same problems as the Salem agency with falling rates and departing employees. Adeo recently raised rates to $22 an hour on weekdays and $24 an hour on weekends. None of his employees have left to join the SEIU workforce and his company also offers health benefits, which Moore’s does not.

“Initially, I thought it [the raise] was going to be an issue, but I haven’t had any trouble keeping people,” he said. His rates are also comparable to other Portland metro area agencies. “I don’t know anybody who charges more than $24 or $25 an hour.”