The author comments on Edward Snowden’s leak of top-secret documents asserting that we should demand a right to privacy, which is our fundamental intellectual and spiritual property.
By:
Dr. Kris Alman 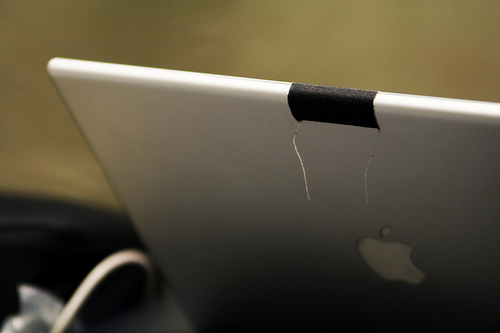 OPINION – June 11, 2013 -- Edward Snowden’s dramatic leak of top-secret documents to Guardian reporter Glenn Greenwald is jolting. While Congress and the White House express moral outrage over the laws he broke, we should give pause to Snowden’s wrenching statement. "The greatest fear that I have regarding the outcome for America of these disclosures is that nothing will change."

Or perhaps change for the worse? Will we allow our invasion of privacy to grow?

Americans demanded human decency of our government when we prevailed on the Transportation Security Administration to remove body scanners, criticized as too revealing with “digital strip searches.” What Snowden calls “an existential threat to democracy” should push us to engage in a public debate. To what extent can national security interests strip our right to privacy?

Glenn Greenwald says, “Just go and Google Ron Wyden and Mark Udall and the Patriot Act and what you will see is those senators who are on the Senate Intelligence Committee have been trying to warn Americans vocally as they can for years.”

Last year, in a letter to U.S. Attorney General Holder, the two senators wrote “there is now a significant gap between what most Americans think the law allows and what the government secretly claims the law allows.” They believe secret legal interpretations should be declassified so that the “public can have an informed debate about the proper scope of the law.”

21st Century big data analytics are sold to the public as “a critical tool in protecting the nation from terrorist threats.” Amendments to the Foreign Intelligence Surveillance Act (FISA), passed in 2008 and reauthorized in 2012, authorized PRISM, a computer system which allows the agency to keep up with the explosive growth of social media. The FISA Court’s order directing Verizon to turn over all its call records for three months came days after the Boston Marathon bombing.

The Patriot Act also authorizes government access to education and health records without a warrant. This is alarming since the 2009 stimulus poured billions of dollars and incentives toward digitizing health and education data. With so much big data (and more to come), our digital doppelgangers may not even resemble us.

Even if we are able to fully access health and education electronic records, it may be impossible to fix errors—as I’ve discovered with my son’s incorrect enrollment records in Oregon’s State Longitudinal Data System. Digital health records don’t allow erasures of wrong or temporary diagnoses. Instead, the “amended” digital health record, with inaccuracies and differing opinions, will trail you for life.

As a physician, I agonize over how this threatens the doctor-patient relationship. The mental and physical health of the individual reflects that of society. Distrust destroys communities and relationships.

The Chief Information Officer is challenged to extract value when data logs cannot be managed. This was the blunt observation of panelists at an annual Health Privacy Summit I attended in D.C. last week. When the data haystack gets bigger, it’s harder to find the needles.

Larger data haystacks mean larger data breaches. Cyber-terrorism threatens like the financial weapons of mass destruction released in 2008. As a provision of the stimulus, the Office of Civil Rights posts data breaches of more than 500. The Utah Department of Health compromised 780,000 records, traced to an Eastern European hacker who bypassed layers of security through a weak password.

The recent revelations about PRISM overshadow a summit between the US and China and compromise trade talks with the European Union, where tight regulations to protect privacy. America’s accusations of Chinese cyber-espionage and intellectual property theft ring hollow.

Our identity is the most fundamental of intellectual and spiritual property. Corporations have trade secrets; and so should we.

In an 1890 Harvard Law Review article, Louis Brandeis, with his partner Sam Warren, argued for “The Right to Privacy.” “(T)he right to life has come to mean the right to enjoy life—the right to be left alone.” Supreme Court Justice Brandeis later called it “the most comprehensive of rights, and the right most valued by civilized man.”

Consider the prescience of their arguments. “Instantaneous photographs and newspaper enterprise have invaded the sacred precincts of private and domestic life; and numerous mechanical devices threaten to make good the prediction that ‘what is whispered in the closet shall be proclaimed from the house-tops.’ “

The information revealed by Edward Snowden demands that Americans re-define 21st Century civility before we forget that we have a right to privacy.

Image for this story by Quinn Dombrowski (CC BY-SA 2.0) via Flickr.

Dr. Kris Alman retired from healthcare to become a citizen activist for a healthier democracy. She advocates for fair taxation to invest in our common goods--prioritizing education, renewable energy, campaign finance and healthcare policies and laws. She is also the Green Shadow Cabinet Assistant Secretary of Health for Data Privacy. She can be reached at [email protected].