Poorest Oregonians Could Be Hurt By Obamacare

The author encourages Sens. Merkley and Wyden to co-sponsor legislation that would stop the subsidization of multimillion dollar corporate bonuses.
By:
Dr. Kris Alman 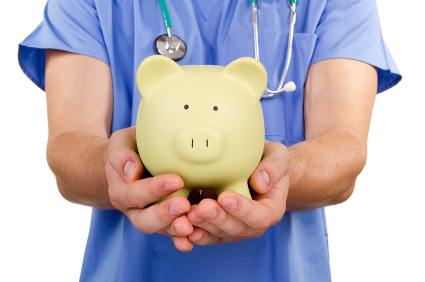 OPINION -- The Oregon Health Authority took a pratfall on technological snags of Cover Oregon. Obamacare has other snags that will create new holes in already fragile safety nets. These snags could trip the poorest Oregonians who, limited to the Oregon Health Plan, might forfeit their homes and health care options.

Medicaid has historically covered low income children, seniors, individuals with disabilities and pregnant women. Oregon is one of 26 states that expanded Medicaid, allowing non-disabled adults with incomes up to 138% of the federal poverty limit to qualify for the Oregon Health Plan (OHP).

The 2012 Supreme Court ruling made Medicaid expansion optional. In the 24 remaining states, nearly 5 million poor uninsured adults will fall into a "coverage gap," where they earn too much money to qualify for marketplace premium tax credits. This has perverse consequences and leads one to ask how can somebody in poverty not be eligible for subsidies?

Income guidelines are rigid. One dollar, more or less, can vastly change the costs and benefits offered through Obamacare. If family incomes are less than 100% of federal poverty limit, those families are not eligible for subsidies when they purchase insurance premiums from the marketplace. If they live in a state that is not expanding Medicaid coverage and earn more than their state's current eligibility level, they qualify for no help. Fudging the income upwards is a solution that is frowned upon.

That threshold is even higher in Oregon. Households with earnings less than 138% of the federal poverty limit are limited to the OHP. These individuals and families can purchase plans sold on Cover Oregon, but the premiums won't be subsidized. Nor would they be eligible for cost-sharing subsidies.

Got that? If you are too poor, you will not benefit from subsidies given to those who earn more if you purchase a plan through Cover Oregon.

70,000 Oregonians were fast-tracked into expanded Medicaid for 2014. The Oregon Health Plan Plus will be cheap. There’s no monthly premium and out-of-pocket costs won’t exceed $1 to $3 for outpatient services and drugs.

So why might someone want to pay for a qualifying health plan sold on the exchange if they qualify for the OHP?

The most basic safety net for a family is the home. The Oregon Department of Human Services makes “claims” on estates of deceased relatives through the Estate Recovery Program. Estate recovery in Oregon would be distressing for families who had to sell the home. To avoid probate and OHP clawbacks, shouldn't the poorest have the choice to scrounge money from friends and family for purchase of a plan with maximal financial assistance on Cover Oregon?

Medicaid beneficiaries 55 years or older and anyone (irrelevant of age) who received nursing home-type care for at least six months must repay Medicaid benefits through Oregon's Estate Recovery Program. States have the option to recover payments on all other Medicaid services provided, except for Medicare cost-sharing. States can also impose liens prior to the death of Medicaid beneficiaries.

Where OHP has clawback drawbacks, the same is not true for federal subsidies that higher earners will receive through the Cover Oregon marketplace.

Consumer “choice” is winnowed to one delivery system for OHP: the Coordinated Care Organization (CCO). The OHP expansion will be a strain on this evolving system. The strains will likely be felt most in rural Oregon where it is hardest to attract providers.

There are only 16 CCOs that will serve residents in Oregon’s 36 counties. In most counties, there is only one CCO. Eastern Oregon CCO will deliver care in 12 counties of Eastern Oregon, including Umatilla, Morrow, Gilliam and Sherman Counties where some of the highest density poverty exists in the state.

The Oregon Health Authority tracks CCOs and rewards them for meeting specific goals. There are short-comings of this just-released report. The data only looks at six months of performance. Most of the measurements are not relevant to the individual. Measures for access to care came short of the benchmark goal. This measure could plunge further when the OHP floodgates open in January.

What if the closest CCO is over 100 miles away? CCOs employ “innovator agents” as “change agents.” Innovator agents "help CCOs break down the bureaucratic barriers” and “serve as a conduit for data and, sharing best practices.” CCOs will increase “non-traditional health care workers” such as community health workers, peer wellness specialists, personal health navigators and doulas.

What if spending money on innovator agents and non-traditional health care workers only builds bureaucratic barriers to seeing the primary care provider?

Projecting a higher income for federal assistance on the exchange

Subsidies are determined by projected income. To fully navigate Cover Oregon, the poorest Oregonians should also explore choices available to higher earners who can purchase with federal subsidies.

No poor person should have to pay back federal subsidies if they project exaggerated incomes to purchase a plan on the exchange. Nor should there be any allegations of fraud.

How could aspirations of higher earnings be fraudulent?

Cover Oregon Executive Director Rocky King is taking heat from the Cover Oregon Board. The alternative isn’t true for Larry Ellison. As CEO of Oracle, he is the 5th richest person on the planet. The Oracle Board of Directors rewards him with “performance based compensation” that is tax deductible. Oracle's prophecies of profits are coming true, despite the failed launch of Cover Oregon.

Larry Ellison may not be a fraud, but he is one of many plutocrats who snag the middle class, privatizing profits and socializing risk. It's the best insurance policy for those with power and privilege.

There may be some preventive medicine for this. Ask Senators Wyden and Merkley to co-sponsor the "Stop Subsidizing Multimillion Dollar Corporate Bonuses Act" (S. 1476) and your Congress(wo)men to sponsor a corresponding House bill.

Dr. Kris Alman retired from healthcare to become a citizen activist for a healthier democracy. She advocates for fair taxation to invest in the common good--prioritizing education, renewable energy, campaign finance and healthcare policies and laws. She is also the Green Shadow Cabinet Assistant Secretary of Health for Data Privacy. She can be reached at [email protected].

I am glad to see that the

I am glad to see that the Oregon Health Authority has revised the Estate Recovery program. http://www.oregon.gov/oha/healthplan/OHPSuppDocs/Estate%20Recovery%20and... http://www.oregonlive.com/finance/index.ssf/2013/12/cover_oregon_state_s...