Rather than turn back the clock on healthcare reform, Salem Republican Bud Pierce said he wants to accept the new normal of Medicaid reform and the Affordable Care Act while pushing back on the Democrats’ labor agenda and reducing the administrative workforce at state agencies to make their operations more similar to the private sector.
By:
Chris Gray 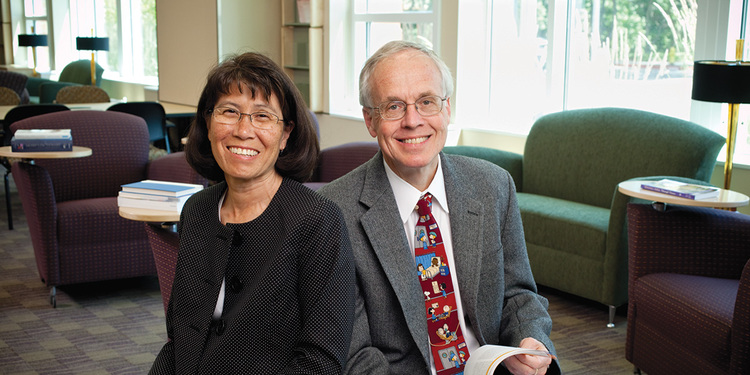 In 2012, as former Gov. John Kitzhaber was trying to tackle the thorny, intractable issue of medical liability reform, the Democrat tapped a Salem oncologist -- and Republican -- Dr. William “Bud” Pierce from the medical community to negotiate a deal with their arch-nemesis, the trial attorneys.

Months of negotiations produced one of Kitzhaber’s signature achievements of the 2013 session -- something the governor called “the holy grail of medical-legal politics” -- an unlikely agreement between the two traditional foes -- voluntary confidential mediation, administered by the Oregon Patient Safety Commission, where hospitals and doctors come clean about medical mistakes with patients and their families while reducing the need for court battles.

“Bud was truly masterful at getting doctors and trial lawyers to work together,” said Dr. Robert Dannenhoffer, a Roseburg pediatrician and former CEO of Architrave Health, the parent company for the Douglas County coordinated care organization.

“Doctors wanted to put a limit on lawsuits, tort caps -- I knew that wasn’t going to happen. I got people to work together and see what we could agree on,” Pierce said. “It’s not traditional tort reform, but it’s great for patients, it’s good for providers, too.”

Three years later, Kitzhaber is out of action, but Pierce sees an opening to fill his old job.

Three Republican physicians considered challenging Gov. Kate Brown in next year’s election. They could offer Oregon voters the chance to elect a doctor for the third time in a row, but now the last doc standing is Pierce, a man well-known in Salem and within the Oregon medical community, but easily the least known of the three doctors among voters.

While both Dr. Monica Wehby and Dr. Knute Buehler have previously ran for statewide office -- and lost -- Pierce has never held elected office, although he did serve one year as president of the Oregon Medical Association.

Pierce has an uphill battle to win voters’ hearts and minds in the 14 months before the next gubernatorial election. His name barely rings a bell for the average Oregonian, and he’s an outsider even to the Republican political establishment.

Reached for a comment, Rep. Bill Kennemer, R-Canby, told The Lund Report that he wanted to see who else entered the Republican primary contest before pledging his support. “That’s a debate we want to have.”

Pierce’s official website dwells on a host of other issues, but clearly his campaign’s primary strength will be his command of health policy, combined with his perspective as a small businessman. The Salem oncologist is a senior partner of Hematology Oncology of Salem, an independent cancer care center located within the Salem Hospital complex.

Ironically, before she was ever a U.S. Senate candidate, Wehby was one of the physicians who led efforts within the Oregon Medical Association to derail Pierce and Kitzhaber’s work on tort reform, nearly getting the association to vote the agreement down.

If Pierce shares a party with Wehby, he parts considerably on style and even politics, casting himself among the moderate, pragmatic Republicans of yore like Tom McCall and Mark Hatfield.

In an interview last week with The Lund Report, he said he would push back on Democratic legislation when it opposes business interests in the old labor-business divide that has long separated the parties, but he expected the work of each legislative session to be a “negotiated package,” much like his work on medical liability reform.

He repeatedly reiterated that he carried no illusions about a health policy landscape that doesn’t include Obamacare and the massive expansion of the Oregon Health Plan to more than 1 million of the state’s residents.

Beyond the political battle, he said his work as a physician on the front lines of healthcare showed him that to go back to the bad old days of insurance companies barring coverage to people for pre-existing medical conditions wouldn’t be desirable even if politically possible.

“I’m very hesitant to make people lose insurance. As a provider, before the Affordable Care Act, we saw 150 patients a year that had cancer but no insurance,” he said. “We would donate out of this practice about $1.5 million dollars of goods and services. We’d donate about half of that and get PhRMA to do the rest. It’s very hard on us as providers. It’s very hard on our patients.”

Pierce did say that society lost something when hospitals by and large were allowed to end their charitable mission of providing care, and said he expected hospitals to step up and take a loss on the most expensive Medicaid cases rather than forcing taxpayers to shoulder the full burden.

In a reverse of the politically useful if economically flawed conventional gospel about hospitals shifting costs onto others for the losses it receives from charity care -- Medicare and Medicaid --  Pierce believes that insurance premiums are rising because consumers are being asked to pay the cost for services that hospitals and providers simply offered for free before the Affordable Care Act.

“A lot of services were done by hospitals that weren’t cost-shifting, we just did them,” he said, saying it was simply a legal obligation of hospitals and legal and ethical obligation of physicians. “When we insured everybody, we had to get rid of that. … We’re paying for all the things that used to be free.”

Although technically required by law to retain their non-profit status, Oregon hospitals now spend almost nothing in charity care, and are engaged in a public relations campaign to convince policymakers and the public that the unverified “losses” they take on Medicare and Medicaid should be charity enough.

The Affordable Care Act wasn’t the system he would’ve designed as a Republican, but Pierce said he was a big fan of Oregon’s coordinated care concept for the state Medicaid system.

“It really pushes down the decision-making to the community level,” he said. “All economics are about rationing. When you push it down to the local level, people are much more apt to try to do all they can.”

He said he’d like to deploy marijuana tax revenue on improving mental health services, also pushing the service down to the community level, but at non-profit organizations which have a mission tailored to the individual rather than CCOs. “It may be very different in the Hispanic community than the African-American community or other communities, the Filipino community. You want grassroots at the local level who are committed to that. Government can do better if we unleash our social workers to give them what they need with a flexible program.”

If he doesn’t apply that locally focused system as readily to the Oregon Educators Benefit Board and the Public Employees Benefit Board, Pierce said he did want to make some changes to the plans -- eliminate the richest offerings to avoid the approaching federal excise tax on so-called “Cadillac plans,” and said he felt he could get the public employee unions to agree.

“The unions want to take care of their employees but they need the state to be successful,” he said.

Perhaps the biggest departure from Democratic governors would be Pierce’s desire to overhaul state government and reduce the size of the administrative staff, which he said has been kept at levels that the private sector has long abandoned for a leaner, more efficient operation with fewer people responsible for more tasks.

He also wants to overhaul the state procurement process and free managers to oversee a budget and shop for the best prices. “You have to buy from the state store -- you can’t go out,” Pierce commented. “It’s almost like this communist system so they pay a lot more than if they go to Costco.”

Oregon campaign finance records show Pierce has put up $253,000 to bankroll his campaign. His personal support dwarfs the money he has gotten from others, sizable donations of which  have been limited to contributions from Salem-area businessmen: $50,000 from downtown developer Larry Tokarski; $10,000 from automobile dealer Richard Withnell; and $3,000 from vineyard owner Steven Taylor -- as well as $1,000 from his mother, Erika Pierce.

By contrast, Gov. Kate Brown’s campaign committee has raised just over $71,000 since she assumed office upon Gov. Kitzhaber’s resignation on Feb. 18. Her top supporters include the electricians’ union, which gave her $25,000; the firefighter’s union, which gave $10,000 and Massachusetts millionaire Barbara Lee, who also gave $10,000.

Oregon’s not only a reliably Democratic state -- it hasn’t supported a Republican for president since the Reagan landslide of 1984 and hasn’t elected a Republican governor since 1982 -- but Oregon Democrats also benefit from a strong state party with members not just in Portland, but spread along the Oregon Coast and up and down the Willamette Valley, where the vast majority of the state’s residents live.

Brown has kept a relatively low profile since taking office, approving the legislative Democrats’ 2015 agenda while trying to gain cross-state appeal by lending her ear the concerns of voters in far-flung corners of the state, much as Sen. Ron Wyden might do.

“The public hasn’t really connected to her yet. She inherited Kitzhaber’s mess, but all she did was rubber stamp her party,” said Parrish. But, “Dr. Pierce has his work cut out for him outside of Salem.”

Pierce’s challenge would face almost every modern Oregon Republican. While the Democrats have a deep bench of relatively well-known career politicians clamboring over each other to fill the state’s leadership positions in a game of musical chairs, the Republicans have almost nobody on deck with name recognition.

Pierce said that means civic leaders and business leaders who vote Republican need to step to the plate.  He said the government experience of his rival can work both ways -- while Brown understands the inner workings of government, he said her work history has isolated her from the private sector. “If you step into dysfunctional agencies as an outsider, with the right amount of business experience, I think you offer a lot of reform.”