A bill giving the Oregon Health Authority a six-month window before it grants approval without prior authorization to new blockbuster drugs for Medicaid members passed the House unanimously. PhRMA waited until HB 2638 reached the friendly terrain of the Oregon Senate before asking that the bill be gutted.
By:
Chris Gray 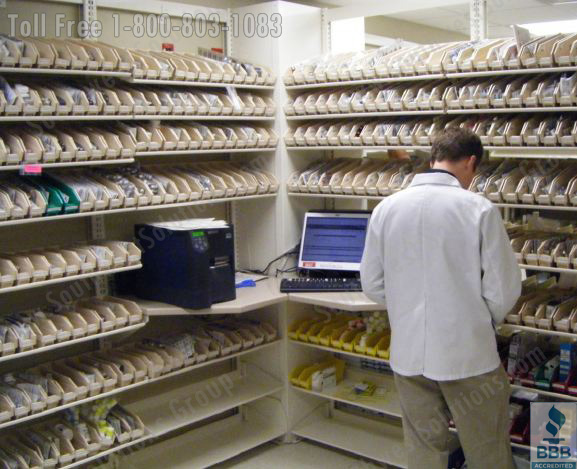 The Pharmaceutical Researchers and Manufacturers of America appear likely to succeed at watering down a bill designed to give the Oregon Health Authority the chance to screen new blockbuster drugs before they are given to Medicaid patients.

House Bill 2638 would allow a six-month period where any new drugs on the market would have to face strict hurdles before being dispensed for a Medicaid member. In the meantime, the state’s Pharmacy & Therapeutics Committee would weigh the scientific evidence of the drug’s efficacy.

PhRMA has proposed two amendments that would reduce the state’s ability to limit unfettered access to expensive new drugs. One would perpetuate the lack of sideboards on psychiatric medications by exempting them from the policy, while the other would strip the Health Authority of any ability to use this tool to design effective prescription drug policies.

HB 2638 passed the House unanimously. PhRMA waited for the bill to come to the Senate Health Committee before proposing its amendments, indubitably aware it would find a more sympathetic audience before Chairwoman Sen. Laurie Monnes Anderson, D-Gresham, than the House Health Committee, chaired by Rep. Mitch Greenlick, D-Portland.

The psychiatric drug amendment seemed almost certain to be slapped on HB 2638, while Sen. Elizabeth Steiner Hayward, D-Portland, waged a strong rhetorical fight to stop the second one, which would prevent the state from developing a cost-benefit analysis before automatically dispensing new drugs.

The bill only applies to Medicaid members who receive health benefits directly from the state; coordinated care organizations can require prior authorization of drugs for its members, with the exception of psychiatric medication. A bill earlier this session to create a pathway to CCO control over those medications died without a vote in the House Health Committee.

Not coincidentally, Steiner Hayward is the only member of the Senate Health Committee not to accept campaign contributions from the pharmaceutical industry. She opposed both amendments.

The other four members have all been rewarded for their support of policies that favor the pharmaceutical industry with handsome campaign contributions. Monnes Anderson, Sen. Tim Knopp, R-Bend, and Sen. Jeff Kruse, R-Roseburg each received at least $7,000 each between the 2013 and 2015 sessions.

Sen. Chip Shields, D-Portland, said he understood the cost incentive for giving the state the ability to hold up new drugs, given the eye-popping cost of drugs like Solvaldi, for Hepatitis C, but said it was less clear how delaying these drugs would help patients. “These blockbuster drugs are coming down the pike,” Shields said. “It seems all of this is about controlling costs.”

But Steiner Hayward argued that the prior authorization process was already universal among private health plans, as well as coordinated care organizations. “This is exactly what happens for every one of us with commercial insurance,” said Steiner Hayward.

Without the bill, the Health Authority would have to wait until the Pharmacy & Therapeutics Committee deliberated before it could establish guidelines about when and how a drug should be prescribed, leaving unfettered access when the drug comes onto the market.

Trevor Douglas, a policy manager at the Oregon Health Authority, testified that HB 2638 would not block the drugs from patients with a clear need for the new medications, and the restrictions on access would only last for the lesser of six months or a determination by the Pharmacy & Therapeutics Committee.

For the most pertinent sections to illustrate the reasonableness of the original HB 2638, click the link to the bill in the second paragraph of the article above and examine line 29 p. 3 through line 10 p. 4.  The "outs" after six months if a new drug is not evaluated and put into a prior authorization status are appropriate and sufficient.

The pressure from Pharma to gut the bill is using the same style of biased information that persuades doctors and patients (by ads) to demand coverage. Only positive research results and minimal FDA-required warnings are used in promotion.  Neutral and negative company-sponsored studies, and balanced non-company articles, are rarely made public by drug promoters, so the average physician or patient never sees the extensive and balanced information that underlies formulary choices, as well as prior authorization criteria.

The legislator who is not a medical field professional (like Drs. Hayward and Greenlick) is very unlikely to get full information to balance the positive promotion and anecdotal patient horror stories used by Pharma for persuasion.

Drugs like Sovaldi and Harvoni, for hepatitis C, are prime examples of extreme high-cost new brands heavily promoted.  They are aggressively prescribed for patients who "might" benefit, by doctors who are hard put to get at full evidence given resources and available time in their day.  I review many appeals for such prescriptions personally.  In a past life my company's pharmacy management department had to threaten drug companies with their formulary access, to make them release to the Pharmacy and Therapeutics committed ALL the studies they had on a drug, including neutral and negative results.  Biased positive information is at the heart of so-called "ethical promotion" of patented drugs.

Drugs paid for in questionable cases, especially the most costly like the hep C drugs of late, help in a small way or not at all, and suck resources from much more needed and effective (but unglamorous) services and medication uses. Those resources in the OHP budget are never fully replaced in future budgets.

Letting Pharma get the senate (and then house) to pass a gutted bill is in fact bad for most people's health, and not much good for the theoretical beneficiaries of Pharma's desired policies.