PEBB Reserve Cut in Half After Legislature Raids Fund, Followed By Rising Costs

Three years of below-budget spending by the Public Employees Benefit Board drove the governor and Legislature to take $120 million away from the health benefit plan’s reserve and place it in the state general fund. But now PEBB’s costs have spiked, and the health plan will have to lean on its reserves to pay benefits, cutting the reserve to $159 million in 2018, and possibly draining the fund by 2025.
By:
Chris Gray 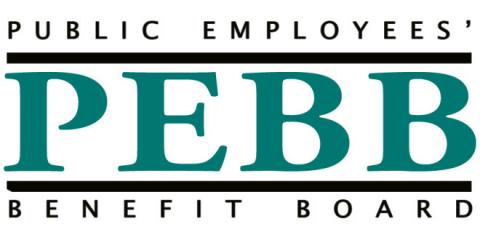 The Public Employees Benefit Board will have to make do with less than half of their current reserve by 2018 because the Legislature voted at the end of the 2015 session to raid the health plan’s fund of $120 million to cover other expenses in the general fund.

Since some of that $120 million had been federal money given to Oregon to provide healthcare for employees who administer the Medicaid system, PEBB will also have to repay the federal government an estimated $30 million, depleting its fund from $359 million to $209 million.

The rest of the money had originated in the various state agencies, either collected from fees or funded through the general fund. The state will have free rein to spend the non-federal sources, although the expressed earmark is for public employee wages.

The Legislature freed up the capital after PEBB had shown three years of healthcare costs coming in below budget -- including one year where expenses actually declined -- unheard of in the American healthcare system, which typically has annual increases more than twice the inflation of other goods.

PEBB administrator Kathy Loretz deferred questions about the $120 million take back to the Legislature, but last July, legislative fiscal officer Linda Ames said the money had been taken with PEBB’s cooperation: “Because their cost growth rate has been fairly low for several years, that fund has gotten quite large,” Ames testified. “This is a portion of what they consider to be excess reserves.”

The $120 million was taken out through an amendment in Senate Bill 501, an end-of-session “program change” budget bill that passed on the final day of the 2015 session.

“This has been part of the governor’s budget, and the co-chairs framework since we released it in January,” Buckley said. “The PEBB reserve is quite substantial. The idea of using these funds to help with costs basically towards the salary pot and other issues seemed to be a reasonable approach to take.”

Before his last budget in December 2014, Gov. Kitzhaber praised PEBB for keeping down healthcare costs, and freeing up money for other budget needs -- which evidently occurred with the $120 million transfer. He still recommended spending increases beyond that number, including an additional $200 million from the general fund for the Oregon Health Authority.

But it’s unclear whether those savings can be credited to shrewd management and coordinated care or whether they’re a lucky fluke attributable to one-time nationwide reforms in the Affordable Care Act and low spending increases overall during the economic recession.

Kitzhaber’s speech that winter and the approval of the $120 million the following summer came when PEBB was still keeping costs below inflation, but last month the board announced that it would have to blow its spending caps limiting it to 3.4 percent annual growth, projecting premium hikes of 5 to 10 percent for 2017. PEBB’s actuaries anticipate healthcare spending to return to a 7.2 percent increase by 2018.

Much of the new cost increase is being driven by price-gouging from the pharmaceutical industry for life-saving biological medications, which U.S. law allows to flourish in a monopolistic market devoid of any real price controls, unlike all other modernized countries, making them many times more expensive as they are elsewhere.

The Legislature mandated low healthcare inflation by capping PEBB’s budget to 3.4 percent a year -- but costs have increased 3.6 percent in the past year as of March, and are expected to increase 5.8 percent by March 2017.

With the money dedicated to PEBB not keeping up with rising costs, healthcare expenses are anticipated to eat up another $50 million from PEBB’s reserve in the next two years, lowering it to $159 million by the end of 2018.

Projections from PEBB’s actuarial consultants at Mercer did not go beyond 2018, but if PEBB continues to pay out $22 million a year more than it took in from the Legislature -- as it’s projected to do that year -- it would run out of cash in 2025, when the health plan is also faced with the possibility of an excise tax -- the so-called “Cadillac tax” that Congress recently delayed two years to 2020.

PEBB would avoid running out of money in 2025 if costs stabilize or if future budget-writers lift the 3.4 percent annual revenue increase cap and dedicate more money to public employee health benefits.