Concerns are also being raised about breaches in security.
By:
Diane Lund-Muzikant 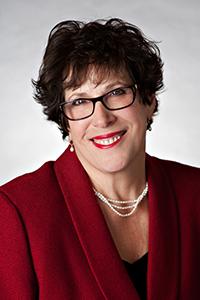 One of the last members of Alan Yordy’s leadership team has exited PeaceHealth. Nancy Steiger, who had been chief executive of its Columbia Network, and spent nine years in executive positions, handed in her resignation.

Announcing her departure on Linked In, Steiger wrote, “I've decided to take the summer off and consider my next chapter.”

PeaceHealth has had three CEOs and at least three rounds of external consultants tasked with making St. John's Medical Center and Southwest Washington Medical Center profitable, and they are a huge drain on the organization.

Carol Aaron, who was recently promoted to executive vice president and chief administrative officer, is the only remaining person in leadership hired by Yordy.

Also, questions are being raised about security concerns inside PeaceHealth, and the role of its chief information security officer.

“Many subject matter experts or qualified people are leaving PeaceHealth because they are not taken seriously and feel that PeaceHealth is not taking enough of the needed steps to ensure the security of sensitive data and/or access as advised,” an inside source told The Lund Report. “It is more about who is friends with who and not their expertise, which is how she was able to step into this role to begin with.

“Qualified people are bailing fast. No one wants their name associated to an inevitable breach. It is going to happen because they are not taking the advice of the experts they hire. They are ignored time and time again. So to summarize none of the current managers on these three security teams have any technical or practical security experience.”

PeaceHealth seems to be losing many top talented executives since Beth O’Brien came on board as chief operating officer. Kirk Raboin, chief administrative officer at the St. John Medical Center in Longview, Wash., handed in his resignation after a 36-year career. He assumed that position in 2013 and earlier had been vice president of professional services.

Initial reports indicated Raboin had resigned to spend more time with his family, but has since joined The Vancouver Clinic and concentrate on imaging.

Making the announcement, O’Brien called Raboin “an inspirational leader,” saying he made a remarkable commitment to the mission and the patients at PeaceHealth during his lengthy service.

The St. John’s Medical Center has been plagued with financial losses the past few years, and, according to insiders, the situation has not improved. Big changes likely this fall, with the potential of closing inpatient services at the Longview center and additional layoffs anticipated across the system.

“The entire Columbia Network (Southwest; St. John) is underperforming and the other areas (St. Joseph in Bellingham and Sacred Heart in Eugene) are being demanded to perform at higher than normal levels to support those two facilities, and it’s not sustainable,” the insider told The Lund Report. “Peace Health needs to sell both facilities to another provider who is able to make them work. As a system, PeaceHealth continues to lose money on everything Vancouver-related. The organization seems to operate like it is huge, but in relative scale of total number of employees, total number of inpatient beds, and total number of employed doctors, it’s pretty small.”

In June 2014, the end of its fiscal year, St. John’s annual profits fell to $1.9 million, according to a story in the Portland Business Journal. Those losses occurred because of declining patient visits and lower Medicaid reimbursements. Quite a change from June 2011 when it had record earnings of $27.7 million.

“I believe big changes are going to happen at PeaceHealth,” another insider told The Lund Report. “It seems all the higher ups that have left just seem to be dropping off one by one because they felt they were going to be let go or forced to step down.”

In announcing his decision, Raboin said in a press release, “This has not been an easy decision for me. After careful consideration, I believe this is the right thing for me to do in support of my family and our particular needs at this time. It has been a tremendous blessing to serve such a wonderful community for such a long tenure. I will be forever grateful to PeaceHealth and the mission and values that have become a part of who I am. PeaceHealth will always hold that special place in my memories and heart.”

Val Baciarellia, PeaceHealth senior vice president for operations and system services, will serve as interim chief administrative officer until someone is selected to replace Raboin, according to O’Brien.

Since O’Brien joined PeaceHealth, nearly two years ago, the health system has witnessed declining profit margins while many top-level executives have lost their jobs under her leadership despite attempts by PeaceHealth’s board to turn management decisions over to CEO Elizabeth Dunne.

The medical centers in Bellingham, Eugene and Springfield are holding their own in terms of profitability. Sacred Heart Riverbend earned a profit margin of 16.69 percent in 2014, the latest figures available, compared to a showing of 7.45 percent the prior year, according to an analysis by The Lund Report.

Many top-level executives lost their jobs after O’Brien took over, including:

Any compensation these departing leaders may have received to usher them out the door will ultimately be disclosed in nonprofit tax filings, but it could take a year or more for these documents to become available.

An internal organization chart shows the scope of the changes: of 15 top PeaceHealth executives listed on the nonprofit’s website, eight are held by people new to those positions within the past two years: