The merger will be completed within the next 3-12 months following a due diligence process.
By:
Diane Lund-Muzikant 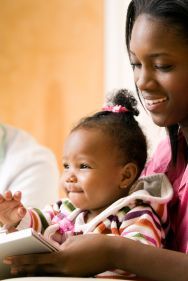 March 19, 2010 – Call it a war between the two most powerful Catholic healthcare systems in the Pacific Northwest. As it turned out, Providence Health System found itself on the losing side.

The big prize – Southwest Washington Health Center – went to Bellevue-based PeaceHealth run by President Alan Yordy. Within the next 3-12 months, following a thorough due diligence process, that hospital system will become part of its strategic network. No money will trade hands because both systems are non-profit.

The deal, which was announced today (March 19), was characterized as “improving the quality and scope of healthcare,” according to Ken Cole, spokesperson. A 442-bed hospital, Southwest Washington employs 3,500 people.

Cole, who acknowledged that Providence was in the running until the very last moment,, said the negotiation process began 10 months ago. Several other systems also had vied for the hospital, which he did not identify. The community-based hospital board took a final vote on Wednesday night.

“Initially we took a hit the first year,” he added. “But now we’re definitely the leader in health services, and provide the lion’s share. Our volumes are definitely inching up.”

The new merger means that both organizations will be better able to leverage their collective health care expertise and resources for the benefit of southwest Washington patients and communities, said Joseph Kortum, CEO of Southwest Washington.

“We are excited by the promise and potential of an affiliation between Southwest and s PeaceHealth, two organizations that share a similar heritage and passion for providing high quality, accessible and affordable health care for our communities,” he said.

“Our board looked at several possibilities for helping to grow our already advanced capabilities— including maintaining the status quo as an independent hospital,” explained Kortum. “We feel that PeaceHealth truly understands our commitment to this community and will help us preserve and enhance our mission of high quality and affordable health care services for our community.”

“We are pleased to begin formal discussions with Southwest,” said Alan Yordy, President, CEO and Chief Mission Officer for PeaceHealth. “An affiliation in this region between Southwest and PeaceHealth would create the leading network of care for communities in both Cowlitz and Clark Counties, and would provide a strong base from which to expand access and services throughout Southwest Washington.”

To look at a comparison of the PeaceHealth and Southwest Washington systems, along with their finances, click here.

I had recent surgery at SW Wa

I had recent surgery at SW Wa Medical and NEVER AGAIN. As for Peace Health coming in...another losing factor! I have been a patient of Providence most of my adult life and no one can better serve it's patients than Providence does. I am very disappointed to see Peace Health come to Vancouver. Their approach to health care reminds one of a factory production line...the product being sick people..."take a number "..."next in line please...2 doors to the right and you are out of here!" I will be staying with Providence !!

I agree that Providence is