Meanwhile employees are still in the dark over potential layoffs.
By:
Diane Lund-Muzikant 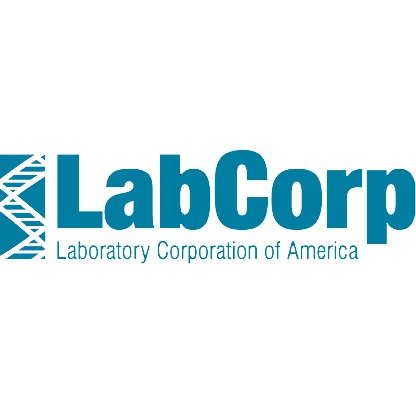 Laboratory Corporation of America is preparing to purchase Pathology Associates Medical Laboratories. The announcement comes one week after Quest Diagnostics announced it was scooping up PeaceHealth Labs based in Springfield.

At an employee meeting called Thursday afternoon, PAML officials provided little information other than to say the sale was pending, according to people who contacted The Lund Report following that meeting.

Nothing was said about dismantling the lab or the time frame in which the sale would take place, only that it's being reviewed by regulators which could take a few months.

Also, rumors are surfacing that PAML is being sold to pay for a $350 million settlement incurred by Providence over a pension lawsuit. This could not be confirmed by press time.

PAML has 1,600 employees who test samples from eight states, and generates about $300 million in annual revenue

In a press release, David P. King, chairman and CEO of LabCorp, said, “This signature transaction strengthens LabCorp’s relationships with anchor health systems and expands LabCorp’s geographic presence into important markets. We have always admired the commitment of PAML, its owners and its joint venture partners to providing high-quality, community-based laboratory services. LabCorp shares that same vision and commitment, and is excited to work with these industry-leading health systems and hospitals as partners to continue to provide these services.”

Last week, Dr. Francisco Velazquez, president and CEO of PAML, instructed his employees not to speak to the media in a memorandum that was obtained by The Lund Report from a disheartened employee. Interestingly, Velazquez did not deny the sale was imminent.

“We ask that you do not personally engage or share information with the media and all inquiries from media outlets should be directed to me,” he told the entire staff yesterday, according to the memo leaked to The Lund Report.

“Please know that if or when there is any important news about PAML, we will communicate it to you as soon as we are able. Despite the concern that this may cause, I know that each of you will continue to provide the highest level of quality service to our patients and clients,” he added.

LabCorp has been on a buying spree recently. It paid $371 million for genetic testing lab Sequenom last fall, and in January it reached a deal to buy several clinical laboratories from Mount Sinai, a major health system in New York City. In 2015, LabCorp acquired New Jersey-based drug development firm Covance for about $5.7 billion.

Earlier this month Reuters reported that LabCorp was in talks to acquire contract researcher Pharmaceutical Product Development LLC for more than $8 billion. That would be LabCorp’s largest acquisition ever.

Beth O’Brien, who left PeaceHealth last November where she was chief operating officer, restarted the negotiations to sell its laboratories in Oregon, Washington and Alaska and had intended to use the proceeds to fund the joint project with Providence Health that came together in late 2015, using the code name “Project Evergreen.:

Before that alliance took place, PeaceHealth assumed that its corporate office would be located in Springfield, but instead the office was moved from Bellevue to Vancouver, and now PeaceHealth has a giant office building that it may no longer need.

With the sale to Quest, PeaceHealth expects to cut 330 jobs in Oregon and Washington by the end of April, according to an article in the Eugene Register Guard, which obtained a letter from CEO Ran Whitehead, CEO of the Labs.

Turning to finances, PeaceHealth ended its fiscal 2016 year with a $115.6 million deficit, while its net patient service revenue was essentially flat from FY 2015 to FY 2016, at about $2.3 billion system-wide each year, according to a detailed analysis by The Lund Report which reviewed its nonprofit income tax filing.

Yet, Ron Whitehead, president of PeaceHealth Labs, denied the health system was financially strapped, telling The Dark Report, the organization “was strong and stable.” The Dark Report is a website that provides business intelligence to executive leaders, pathologists, and managers in the laboratory testing industry.

Whitehead indicated the laboratory was being sold because of new federal legislation, known as the Patient Access to Medicare Act, which would have reduced reimbursement by 20 percent starting in July 2018.

Whatever the reason for the sale, morale at PeaceHealth among employees is dismal, with people telling The Lund Report that staff aren’t connected to their leaders, their leaders aren’t connected to their executives, and the local executives think their senior executives are completely out of touch, “possibly because the system leaders never leave their glass house in Vancouver, especially the CEO, who’s never seen,” one employee told The Lund Report.

“Everyone is so focused on hanging onto their jobs that no one takes the time to think about the future and engaging with our workforce, but rather just focuses on driving them toward achieving pre-determined metrics. Everything is all about the money. There are too many managers, VPs, people with made up jobs it seems, lots of "grant funded jobs,” staff is always short. It is not about the patient anymore for sure. I think everyone feels the same way. It’s really a toxic environment, and no one in the trenches has a clue about the apparent administrative meltdown. My question is really whose calling the shots and why is the sheer incompetence allowed to continue?”