Oregon has a chance to make public health history this legislative session in Salem.
By:
Rick North 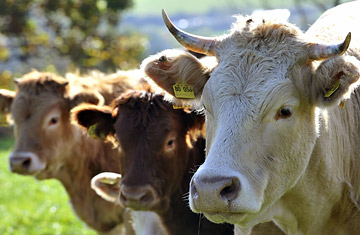 OPINION- If SB 920 passes, it would accomplish what no one else in the country has been able to do – stop the use of routine, non-therapeutic antibiotic use in farm animals to promote growth and head off outbreaks of infection caused by over-crowded conditions in factory farms.

Antibiotic resistance has become one of the most serious medical issues of our time. According to the CDC, it sickens millions and kills an estimated 23,000 people in the U.S. every year. And it’s getting worse. Drugs like penicillin, methicillin and vancomycin, which used to routinely knock out pneumonia, urinary tract infections and other illnesses, are becoming increasingly ineffective. And there are few new antibiotics in the pipeline.

In addition to the parent organizations of the above medical associations, other national groups supporting this position include the American Public Health Association, Infectious Diseases Society of America, Consumers Union, Center for Science in the Public Interest, Humane Society of the U.S., Union of Concerned Scientists and National Farmers Union. The European Union banned the use of antibiotics for growth promotion in 2006 and further strengthened their rules in 2011.

At the national level, the FDA, while making positive recommendations, hasn’t banned non-therapeutic use of antibiotics in farm animals, even while acknowledging that the practice is increasing antibiotic resistance. Instead, it issued a statement in 2013 asking for voluntary compliance from the meat companies. Give credit to some companies, like Tyson and Perdue, who are phasing out undesirable antibiotic use, but many others have not.

Why hasn’t Congress taken action? The usual reasons – money and politics. Giant meat companies know that the crowded conditions of their factory farms (CAFO’s, or confined animal feeding operations) are prime breeding grounds for infectious animal diseases. They use continuous small doses of antibiotics both for disease control and growth promotion. And in Congress, they use continuous large doses of money to stop any meaningful antibiotics regulation.

Trade associations like the North American Meat Institute throw parades of lobbyists into the issue. And in spite of extensive scientific evidence to the contrary, the American Farm Bureau insists that “antibiotic use in animals does not pose a serious public health threat.” The Oregon Farm Bureau, of course, follows suit and opposes SB 920, even while 150 family farmers went to Salem to lobby for the bill.

After decades of inaction, there is no indication that either Congress or the FDA will ban non-therapeutic antibiotic use in farm animals in the near future. It’s up to the states to take the lead. And Oregon is poised to lead the states.

We’ve been pioneers with our bottle bill, our beach bill and universal vote by mail. SB 920 has the potential to spur other states to take similar action on antibiotics, creating a ripple effect throughout the country that can save thousands of lives.

In 2001, the World Health Organization recommended requiring prescriptions for all animal antibiotic drugs and to “terminate or rapidly phase out the use of antimicrobials for growth promotion if they are also used for treatment of humans.” More than a decade later, after little progress in the U.S., Michael Gilmore, director of Harvard’s Program on Antibiotic Resistance, asked: “How big does this problem have to get for us to do something about it?”

If you think the problem is big enough – and I hope you do - here’s the follow-up question: What are YOU going to do about it?

Here’s my plea: Make one phone call right away– to your particular state senators. Simply tell them you’re a constituent, you support SB 920, and ask their position. If it’s Yes, thank them. If it’s a No or Undecided, stress your medical concerns and say this is a life and death situation – because it is. But no matter where they stand, press them to have a hearing and vote in the Rules Committee, where it’s been languishing since April. There are just a few weeks left in this legislative session, and it’s now or never.

It’s that simple. And, if enough people call, it can make the difference.

The medical community continues to make strides in reducing unnecessary, ineffective prescriptions for antibiotics. But the agricultural community must also do its part if we’re to save this crucial component of medical care for current and future generations.

It’s time for Oregon to stand up and stop corporate profits from trumping public health. This is no time to sit on the sidelines – YOU have the chance to help make history.

Rick North is the former CEO of the Oregon American Cancer Society (1994-99) and former Project Director of Oregon Physicians for Social Responsibility’s Campaign for Safe Food (2003-2011). He retired in February 2011 to become a volunteer confronting undue corporate influence in elections and the government.