Recent polling by the Oregon Health Authority finds more and more physicians are taking the plunge, while the Oregon Medical Association seeks to redefine its role.
By:
Diane Lund-Muzikant 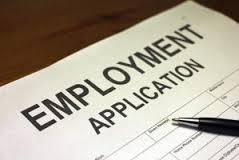 The number of employed physicians in Oregon is creeping up. A survey conducted by the Oregon Health Authority, in cooperation with the Oregon Medical Association, found that 51 percent of physician worked for a hospital, health insurer or health system in 2014. Data from that survey is expected to be released shortly, according to Shannon Grosswiler, who handles public relations for the OMA.

In 2012, a similar survey revealed that 48.3 percent of Oregon physicians identified themselves as being employed.

Because of these growing numbers, the OMA is in the process of re-evaluating how best to meet the needs of employed physicians, Bryan Boehringer, interim CEO, told The Lund Report. Boehringer took over the helm following the abrupt departure of CEO Jo Bryson in late April – a few days before its annual meeting at its Portland headquarters.

Boehringer says he’s not a candidate for that permanent role and prefers his earlier job as senior vice president of government relations and health policy, after joining the OMA six years ago.

“Frankly I’ve been so busy with the transition that I haven’t had time to think about it,” said Boehringer, who left open the possibility he might throw his hat in the ring. “I’m doing my best to keep everything on track here to make sure the OMA is as strong as possible before handing off the organization.”

Currently the OMA has 8,000 members including students and retired professionals, with an active membership of 5,000. Of those, 1,106 members belong to the AMA – 970 physicians, 83 residents and 53 students.

“I’m proud to say our membership is very steady,” Boehringer said. The OMA is not unlike other trade associations, he added, as it seeks to attract the next generation of members and convince them to take an active role. “It’s a challenge everyone goes through.”

The OMA appeals to physicians and physician assistants who are looking for an advocate at the Legislature, he said. “We’re also hearing it’s a great place for them to gather and have conversations.”

The OMA is throwing a party for its medical and PA student members on Friday, Sept. 11, giving away $32,000 in scholarships to eight students from Oregon’s four main training programs.

Employee Physicians will be the norm going forward.  We are in the era of big medicine, and we will not be going back.

Your boss is the person who can fire you, whomever that might be.  Increasingly that boss is an MBA who is more interested in protecting his bottom line, than protecting patients.

The mission of the OMA, and the AMA should be to make sure that even Employee Physicians are in the Board Room and making decisions that put patients ahead of profits.  That starts with professional tenure.

If you are doing what is expected of a physician in good standing, and maintaining your practice standards  to the benchmarks of your specialty, no boss should be in a position to fire you.

Physician Groups like the OMA/AMA should be setting these standards, and certifying employers as compliant or non-compliant.  Non-compliant organizations should be labelled as such, and allowed to work toward compliance, but if the do not, they should be publically outed for being Physician unfriendly, and therefore not safe for patients.