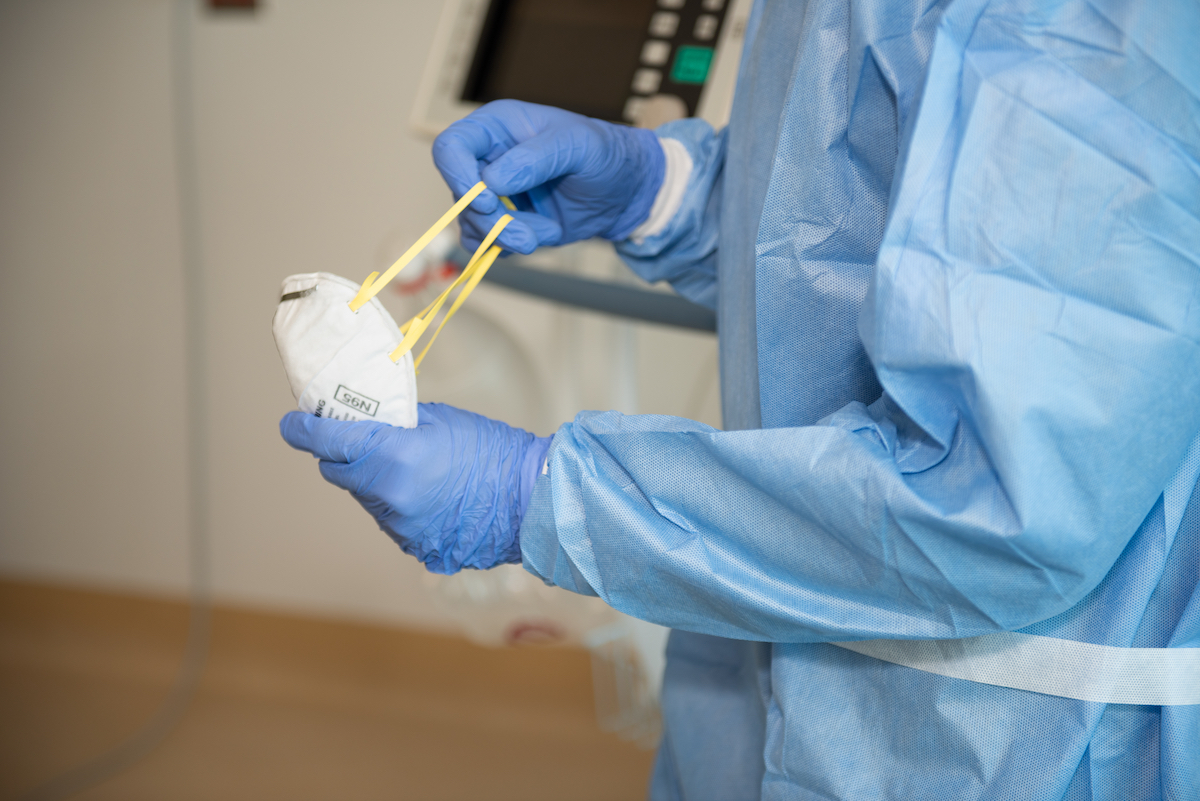 Brushing aside the health care industry’s pleas for delay, the Oregon Health Authority on March 1 launched its groundbreaking program to control large mergers and acquisitions among hospitals and other health care entities.

The agency doesn’t expect much more than a half-dozen proposed mergers and acquisitions will need to go through the approval process each year — although the number is hard to predict.

But that hasn’t stopped Oregon’s hospital systems from objecting strongly to the program. Because the program focuses exclusively on big transactions, hospital deals would likely be most affected, although the rules also apply to large insurance companies and health care provider groups.

Hospital representatives complain that the health authority’s formal regulations and informal “sub-regulatory guidance” documents that detail the program are riddled with vague terminology and illogical restrictions.

The fuzziness means it’s hard to know up front whether the health authority would likely OK or kill a deal, the critics say, arguing the vagueness makes it difficult for hospitals to know whether they should bother investing time and money exploring merger or acquisition deals.

Meanwhile, labor unions and patients’ rights groups favor the program. But they contend the state’s new rules are too soft and don’t do enough to ensure that mergers don’t harm patients and health care workers.

Health authority officials stand by the rulemaking process that took place from last October to the issuing of the rules on Feb. 22.

“The overriding public interest in transparency and community input around these health care transactions would not have been served by delaying the start of the program,” said agency spokesperson Philip Schmidt.

The bill Oregon lawmakers passed last year called for the program to go live on March 1. Lawmakers wanted it to launch quickly because they feared financial pressures created by the COVID-19 pandemic would trigger consolidations or mergers that would lead to cuts in services. Deals that would, among other things, “eliminate or significantly reduce essential services” are subject to the program’s review.

But to meet the March 1 deadline, the Oregon Health Authority didn’t issue formal regulations on many of the key details. Instead, it issued nine “sub-regulatory guidance” documents. Those documents total 38 pages, in addition to the 26 pages of formally adopted regulations.

But the merger guidance documents have often been unhelpful, according to James Parr, chief financial officer of nonprofit Salem Health, the owner of Salem Hospital.

“The agency has published a steady stream of draft guidance that is highly complex and not easily understood,” wrote Parr to Oregon Health Authority. “It is frustrating that a program with such significant implications is being developed in such a rushed timeline. Each additional draft (guidance) document only seems to add ambiguity.”

Almost all the sub-regulatory documents have been issued in just the past couple of months. Hospitals haven’t had time to review or comment on them, Parr wrote.

Plus, the sub-regulatory guidance documents exist in a legal gray area. They don’t have the force of law or formal regulations, and officials with the Oregon Association of Hospitals and Health Systems say that in places they conflict with or simply reiterate the official regulations.

Even with the program’s launch, it remains unclear what sizes and kinds of transactions the program applies to, and what standards the state will use to judge whether to approve or deny deals, the trade association complains.

“We continue to sound the alarm that (the program) is not ready for implementation and we encourage a delay of the March 1 rollout,” wrote Andi Easton, vice president of government affairs for the hospital association, in a letter to the state health authority last month.

State officials are upbeat, however.

The program will let communities — and regulators — know about and comment on proposed transactions that, absent the new controls, typically wouldn’t be made public until after they happened.

Oregon Health Authority says health industry consolidations nationwide and in Oregon have cut competition and driven up costs — a contention some hospitals dispute.

“As we see increased health care industry consolidation nationwide, it’s deeply important that we make sure that improving health care for consumers and community is at the center of health care market transactions, not an afterthought,” said Jeremy Vandehey, the authority’s director of health policy.

Mergers have transformed the health care landscape, state officials said in a news release about the Health Care Market Oversight Program, as the new rules are called.

Oregon’s law appears to rank as the broadest and toughest in the nation for scrutinizing large health care deals. It requires mergers and acquisitions in which one side has annual revenues of at least $25 million and the other at least $10 million, to be reviewed by the state, which can reject them unless they meet various criteria, such as reducing patient costs, increasing services in “medically underserved” areas, and rectifying “lack of health equity.” If the state rejects a deal, the applicant can appeal to court.

A handful of states regulate some health care mergers, according to a report published by The Petris Center at the School of Public Health at the University of California.

None appear to go as far as Oregon’s law.

For example, Massachusetts requires some health care entities to file disclosures about pending mergers or other deals. About a dozen a year are filed. But the program doesn’t have the power to stop them — although the state attorney general has some legal powers to do that.

The Oregon law, regulations and sub-regulatory documents spell out the intricacies of the system for review and approval or denial of deals above the $25 million/$10 million threshold that “eliminate or significantly reduce essential services.”

The Oregon Association of Hospitals and Health Systems complains that the definitions of “essential services” and “significantly reduce” are muddy and potentially nonsensical.

The state has defined “essential services” as, among other things, preventive services, pregnancy services and treatment of chronic conditions, and “significant reduction” as such things as increasing patients travel times by certain amounts, reducing the number of care providers, reducing services offered or increasing patient wait times. The sub-regulatory guidance says that reductions within 12 months after completion of a merger or acquisition are presumed to stem from the merger or acquisition, but it adds that unforeseen events such as reductions in staff due to retirements would not count. The program also allows the state to require follow-up reports from health care organizations to see whether they have cut essential services.

The state said that all proposed deals that are submitted for approval will get a brief review and be allowed to proceed unless the state flags them for what it calls a “comprehensive review.” That could involve the state hiring – at the applicant’s expense – experts to review the proposed deal, plus public hearings in the affected community and review by a community panel.

These and many other details of the program are meant to evaluate a merger’s impact on cost, access, quality and equity.

The Oregon Association of Hospitals and Health Systems has responded that it is “nearly impossible” to measure the impacts on health care costs and quality in advance of a deal being implemented. A “comprehensive review” might be triggered by a proposed deal that would increase health care expenditures. But association officials argue the increase might be due to an increase in needed services for patients. Another example: One health care system might seek to reduce services via merger or acquisition, but that may reflect a reduced need for the service, or another health organization increasing its provision of the service.

In testimony to the state, PeaceHealth argued that patient travel times might be increased by transit districts changing their schedules.

Meanwhile, patients’ rights groups, including Basic Rights Oregon, which advocates for people with disabilities, argued the program should restrict service reductions for five years after a deal is completed — not just 12 months.

Meanwhile, Service Employees International Union Local 49, which represents thousands of food service, janitorial and other workers at hospital systems around the state, backs the program but says it doesn’t go far enough. If a health system proposes a merger or acquisition, the health authority should evaluate its track record in providing “high quality accessible care to populations experiencing health inequities,” the labor union wrote to the agency.

“To truly make progress on  health equity in our state, we need to examine whether employers are paying workers a living wage,” SEIU wrote to the health authority in late January.

Just how many applications will be submitted to the program is the wild card.

“Oregon has not had a program like this, so it is difficult to estimate the number of transactions that may be considered in coming years. Much depends on market conditions and other factors,” said health authority spokesperson Schmidt.

Mar 7 2022
News source:
The Lund Report
Keywords:
hospital, mergers, legislature, hospitals
×
This article is for premium subscribers. If you are one, please sign in below.
You can see two more premium stories for free. To subscribe, click here. We depend on premium subscriptions to survive, and they are tax deductible.
Sign InGo Premium Not now