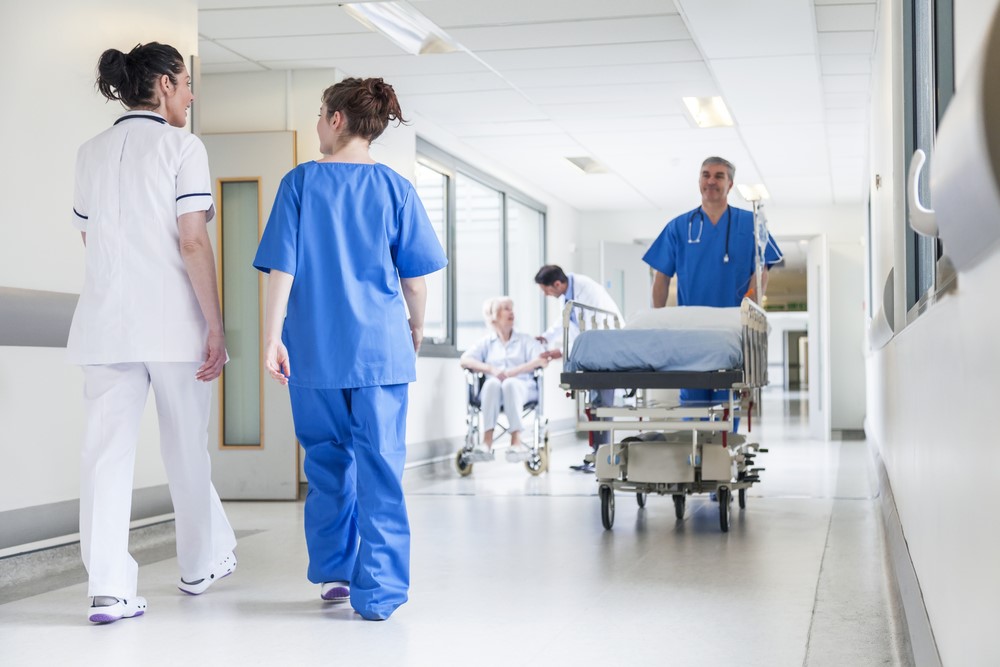 Oregon’s passage earlier this year of a groundbreaking law to control mergers and acquisitions among health care entities was bitterly contentious, so it’s no surprise that crafting rules to implement it has turned into a quagmire.

During the legislative session, advocates claimed mergers are reducing competition and driving up health care spending, while critics countered that the bill would stifle innovation that could cut costs.

Then came the hard part for the Oregon Health Authority: writing rules to spell out exactly how the broadly worded law will work, and quickly.

The law requires the program to begin by March 1 — a deadline driven by lawmakers’ fears that the COVID-19 pandemic may push financially shaky health care companies into the hands of cash-rich hospital systems or other large entities.

The regulatory program “is on a fast track, but it is doable,” Jeremy Vandehey, the health authority’s director of health policy, told The Lund Report.

A key rationale for the program is to alert the public if a big merger or other similar transaction is in the works, Vandehey said.

“Right now, people often don’t find out until there is a sign change or a press release,” he said.

But the agency ended up doubling the number of sessions to four, with the final one held Dec. 7. Even with that, the agency remains far from finalizing the rules and how the program will work.

The agency is postponing until early next year settling many of the details, and will issue most of those as flexible “guidance” rather than firm rules, which require a rigorous adoption process.

Just one example on a key topic: The agency won’t issue rules explaining how it will determine if a proposed merger or acquisition would “significantly reduce essential services.” Instead, it will issue “guidance” on that early next year. The definition is critically important, hospital officials said. If a merger or acquisition proposal is seen as threatening to significantly cut essential services, that would trigger a much more in-depth state review, and could even be grounds for the health authority to deny the application.

There’s still a lack of clarity about many other elements, as well:

Officials say they will publish guidance or memos on all those topics before the March 1 start of the program.

“The uncertainty at this point in the process feels pretty high,” said Jessica Adamson, director of government relations in Oregon for Providence Health & Services, during the final rules committee meeting session.

“There is still a lot of uncertainty about when we need to file (for state approval) and when we won’t. That remains a really substantive issue,” she said.

Providence, a leading opponent of the bill earlier this year, remains deeply unhappy with the law.

“It feels to us like this has got the potential to really minimize our ability to try and reduce costs,” Adamson told the committee. “It’s just really going to impede innovation.”

State officials, for their part, said they are trying to craft rules to implement the broad language of the law. That’s led to friction between the state and hospitals and other health care companies over whether to put the details in formal rules, or in more informal guidance documents.

“The struggle we’re having … is comments are going back and forth (from hospital systems and other health care entities) to put more criteria in there, put it in rules, longer lists of criteria, followed with ‘That’s not in the statute, pull it back out,’” Vandehey told the committee.

An upside of issuing guidance instead of rules is that the state can quickly change guidance as it learns more about the kinds of financial deals that take place in the health care industry, Vandehey told The Lund Report.

Plus, he stressed that for all of 2022, the health authority will implement the program with a light touch, automatically approving all applications unless the agency decides to select one for scrutiny.

Program Could Affect Range Of Deals

As in other states, Oregon has been swept by health care mergers and acquisitions, many carried out by cash-rich major hospital systems seeking to expand. For example:

Many deals are much smaller and receive scant attention.

In the last couple of years, Salem Health bought for an undisclosed sum the six-clinic Salem-based WVP Medical Group, a physician-owned primary-care network.

Critics, including advocates of the state’s new program, say the concentration of control into a few large systems likely increases prices and hurts health care consumers.

Oregon’s law appears to rank as the broadest and toughest in the nation. It requires mergers and acquisitions in which one side has annual revenues of at least $25 million and the other at least $10 million, to be reviewed by the state, which can reject them unless they meet various criteria, such as reducing patient costs, increasing services in “medically underserved” areas, and rectifying “lack of health equity.” If the state rejects a deal, the applicant can appeal to court.

A handful of states regulate some health care mergers, according to a report published by The Petris Center at the School of Public Health at the University of California.

Massachusetts requires some health care entities to file disclosures about pending mergers or other deals, but the program doesn’t have the power to stop them — although the state attorney general has some legal powers to do that.

Katie Gudiksen, a senior health policy researcher at the University of California Hastings School of the Law in San Francisco, and a co-author of the Petris Center’s report, said she’s aware of Oregon’s new law. “I’m eager to see it used in practice,” Gudiksen said.

The Washington, D.C.-based National Academy for State Health Policy has adopted parts of the new Oregon law in a model merger-regulation law that it produced, said Gudiksen, who serves as a consultant to the NASHP.

In the legislative session earlier this year, the Oregon bill faced headwinds not only from hospital systems but also from Catholic commentators who claimed — incorrectly — that the bill would force anti-abortion Catholic hospital systems to provide abortions. In fact, the bill requires the health authority to define what are “essential services” and examine whether a merger or other deal would reduce those services.

The law “will provide additional transparency in determining if a proposed transaction will impact access to essential services that are already being provided,” said Christel Allen, executive director of Pro-Choice Oregon.

The bill barely scraped past the Legislature and was voted through only on the final day in a largely party-line vote, with Democrats mostly in favor. State Rep. Andrea Salinas, D-Lake Oswego, was one of the lead sponsors.

“It was a contentious piece of legislation to get passed, and I didn’t expect anything less than a contentious rulemaking as well,” she told The Lund Report.

The Oregon Health Authority has promised to publish its final proposed rules and its initial “guidance” documents, in time for the Oregon Legislature’s 2022 session — which starts Feb. 1 — so critics can raise concerns with lawmakers.

Salinas, who spearheaded the bill, said “there will be growing pains,” and lawmakers may need to tweak the program.

Salinas is among those who argue mergers and consolidation lead to higher prices. “Lack of competition is associated with lower quality care,” she said.

More openness is needed around large mergers and acquisitions, she added. For example, PeaceHealth’s purchase of ZoomCare, with its heavy concentration of clinics in the Portland area, was announced as a done deal.

“I’m not so sure that (acquisition) was what the Portland metro area needed,” Salinas said.

Vandehey said he’s unsure how many proposed deals will fall under the new program’s scrutiny. It could be from a handful to 10 per year, he said.

“We’re probably looking at something in that ballpark, but we really don’t know,” he said.

In one set of scenarios put forward by Oregon Health Authority, the number of proposals it would examine ranged from 12 per year to 48 per year.

The state has asked hospital systems and others to send it merger or purchase scenarios so it can begin cataloging them and deciding whether or not they would have to be submitted for state approval.

Lawmakers have allocated about $1 million to the health authority to run the program through the middle of 2024, including hiring four staff people.

Application fees would be based on an applicant’s revenue, up to a fee cap of $100,000. Hospitals systems and other participants in the rules advisory committee balked at that dollar figure, saying it was too high. The state has not yet set the fee application formula.

Plus, the law allows the state to hire experts at the applicant’s expense to evaluate applications. There’s no cap, and the agency early next year will explain how it will decide when it needs outside help. That issue, too, has alarmed hospital systems and other potential applicants.

Salinas said it’s reasonable for applicants to pay for such a review.

“The health authority doesn’t have this kind of expertise,” she said.

The agency will also issue criteria for when it will convene a “community review board” to examine a proposed deal, a step allowed by the law and essentially creating a local forum that would make a recommendation to Oregon Health Authority for approval or denial.

For decades, executives in Oregon’s health care industry have been able to pursue merger or sale deals with little scrutiny, unless they involved health care insurance companies — regulated by the state insurance agency — or posed clear violations of federal antitrust law.

That chapter has been closed, and given the lack of specifics on the new law so far, the uncertainties have health care executives on edge.

“We don’t want to waste time and dollars trying to pursue needed transactions in our communities only to find ourselves in a position that is unclear,” she told the rules committee.

Dec 16 2021
News source:
The Lund Report
Keywords:
mergers, hospitals, Health Systems, oregon health authority, Andrea Salinas
×
This article is for premium subscribers. If you are one, please sign in below.
You can see two more premium stories for free. To subscribe, click here. We depend on premium subscriptions to survive, and they are tax deductible.
Sign InGo Premium Not now