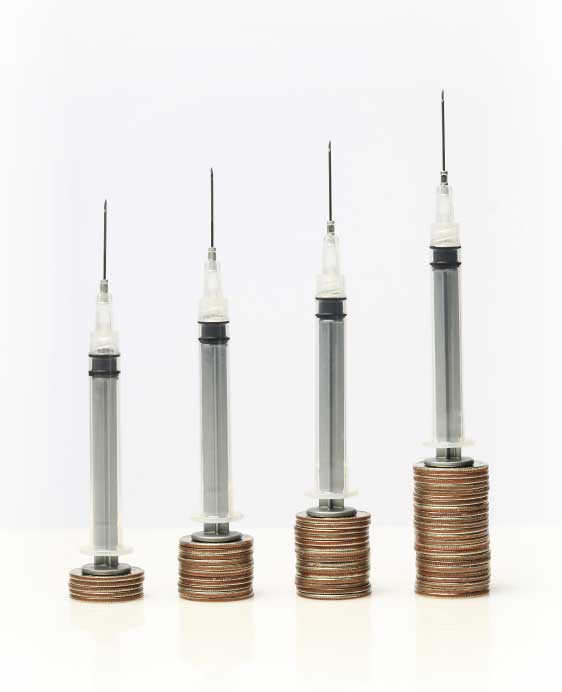 Oregon’s hospitals are performing more inpatient surgeries, hosting more outpatient visits, and billing many of millions of dollars more for services than just a year ago - an apparent result of the state’s Medicaid expansion, according to a Lund Report analysis of financial and utilization figures provided by the Oregon Health Authority’s Research and Data Unit.

The state’s 60 hospitals collectively billed $5.3 billion for care provided from January through March, an 8.9 percent – or $399.8 million – climb from the first quarter of 2013. And an industry metric known as the “payer mix” suggests that far fewer uninsured patients showed up in Q1 2014 than a year earlier, while soaring enrollment in coordinated care organizations prompted newly covered patients to seek care they might previously have neglected.

Hospitals track payer mix to understand who is paying their bills. Commercial insurance plans pay the most for most procedures, followed by Medicare (for seniors) and Medicaid (for people with low incomes), with “self-pay” patients – the uninsured – the least likely to be able to pay their bills.

Since the start of the year, the mix has been shaken up, according to first-quarter reports:

Viewed in aggregate, the shift that’s taken place over the past year is good for most of Oregon’s hospitals. But not every hospital in the state is seeing the same benefits from the Affordable Care Act’s expansion of Medicaid access. And more demand for services is bringing short-term costs and stressors to healthcare organizations that must spend now to add physicians, nurses and lab capacity, and wait to be paid for those costs later.

“It’s also important to note that in many cases Medicaid does not cover the true cost of providing services,” said Randy Querin, spokesman for PeaceHealth, a Vancouver, Washington, healthcare nonprofit that operates four hospitals in Oregon.

Publicly available reports for most of Oregon’s hospitals don’t yet show how profits or losses are being affected by shifts in the payer mix, but the figures do show who’s getting busier and who is billing less.

Hospitals showing the largest percent increases in health service billings in the first quarter of 2014 were generally rural. Southern Coos Hospital billed $5.6 million in the first quarter, a 46.6 percent increase. It charged more for Medicare and for Medicaid. On the Medicaid front, Southern Coos is the hospital of choice for the only CCO that serves the region. Newport-based Samaritan Pacific Communities Hospital increased first-quarter charges by 26 percent, to $35.9 million, with Medicaid gaining market share and all other payers losing share.

Meanwhile, the state’s largest hospital by billings, Oregon Health & Science University, charged $645.5 million in the first quarter of this year, up 7.5 percent, as Medicaid payments climbed by $40.9 million.

Click here to view the accompanying spreadsheet and explore in-depth additional changes in the payer mix at Oregon’s hospitals.

Sep 10 2014
News source:
The Lund Report
Keywords:
hospitals, Southern Coos Hospital
×
This article is for premium subscribers. If you are one, please sign in below.
You can see two more premium stories for free. To subscribe, click here. We depend on premium subscriptions to survive, and they are tax deductible.
Sign InGo Premium Not now