With their finances looking stronger than ever, the hospitals may realize they need to boost their image, so their trade association has launched a public relations push that’s airing on OPB.
By:
Jen Kruse and Diane Lund-Muzikant 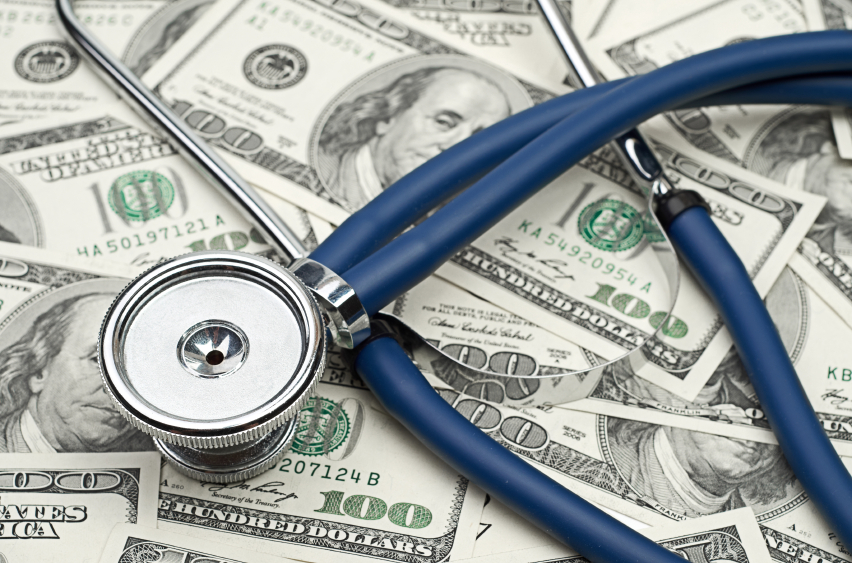 Oregon’s hospitals are healthier than ever – with much higher profit margins, and witnessed a stupendous drop in charity care while their net patient revenue soared, regardless of whether they actually billed for services or received capitated payments.

Perhaps feeling the pressure now that their hospitals are doing so well financially, the Oregon Association of Hospitals and Health Systems has launched a public relations campaign –myoregonhospital.org -- just as the Legislature prepares to get underway. And they’re using the airwaves on OPB to broadcast their message, saying the “hospitals reach beyond their walls to help make the community a healthier place,” and touting the fact that they provided $1.9 billion in free care, wellness programs, research and other community health activities.

But not everything was rosy when the Oregon Health Authority released the latest data about hospital performance. The majority of hospitals actually witnessed a decline in outpatient surgeries during the first two quarters of 2014, as they struggled to compete with free-standing ambulatory surgical centers.

Emergency room visits, on the other hand, continued to spiral, despite the amazing drop of the uninsured population. Statewide, that number plummeted from 14% to 5% in the past year, according to an analysis by the Center for Health Systems Effectiveness at Oregon Health & Science University – due, in large part, to the Medicaid expansion boom. Now nearly 1 million Oregonians – 1 in every 4 – receives their healthcare through Medicaid, better known as the Oregon Health Plan.

At the same time, both charity care and uncompensated care – which includes bad debt – continued their downward spiral, no doubt due to the expansion under the Affordable Care Act. Statewide, total charity care spending fell by 47% during the first two quarters of 2014 compared to 2013, while the state’s 58 hospitals charged $337.8 million in uncompensated care through the second quarter of 2014; in 2013 that figure stood at $625.5 million.

Digging down deeper, The Lund Report compared the finances for all the hospitals in Oregon, using OHA quarterly reports, and analyzed all the data from the first of 2013 with the same period in 2014 – looking at net patient revenue, operating margin, total margin, charity care, uncompensated care, inpatient discharges and emergency room visits.

Willamette Valley Medical Center and PeaceHealth Sacred Heart Riverbend ended up with the highest total operating margin -- 16.30% -- which represented their overall financial performance including investments and tax subsidies. PeaceHealth rebounded well, after only recording a 4.2% total margin during the first half of 2013, compared to Willamette, which grew slightly, from an 11.7 percent margin in the same time period.

Three hospitals in the red

Just three hospitals found themselves in the red column when the second quarter closed last June – Portland Adventist was the only hospital to witness its margin decline from +0.1 to -2.30, while Samaritan Regional Medical Center was able to nearly pull itself out of the red -- -.5.3 to .1.50. The only other hospital landing in the negative column was Providence Medford, moving from -5.5 to -.1.10.

Providence Medford, Legacy Mt. Hood, and PeaceHealth Sacred Heart University had the highest average charity care as a percent of gross patient revenue, all averaging between 5-5.25% during the first half of 2013 and 2014. McKenzie Willamette and Willamette Valley have the lowest average charity care as a percentage of gross patient revenue, at .75% and .5% respectively.

Legacy Mt. Hood, PeaceHealth Sacred Heart University, and Providence Willamette had the largest percentage of uncompensated care as a percentage of gross patient revenue with an average of 8.5%, 6.45%, and 6.12% respectively over the first two quarters of 2013 and 2014. Asante Rogue, McKenzie- and Willamette Valley had the lowest average of uncompensated care as a percent of gross patient revenue at 3.1%, 3.2%, and 2.6% respectively.

The average length of stay in days has remained unchanged, at an average of 4.1 days per stay.

Not surprisingly, Kaiser Sunnyside had the largest percentage of outpatient discharges at the end of June, compared to the first quarter of 2014 – a 133.3% growth rate. Next in line, St. Charles Medical Center in Bend, 17%, while several other hospitals also saw their numbers soar into the double digit column – Asante Rogue Medical Center, 15.4%, Sky Lakes, 10.7% and Mercy Medical Center, 10.2%

The majority of Portland-area hospitals felt the sting from the independent ambulatory surgical centers, watching their tnumbers take a significant decline. Providence Willamette Falls fared the worst -- -48.4%, while three other Providence hospitals found themselves on the same treadmill – Providence St Vincent, -22.6%, Providence Milwaukie, -18.7% and Providence Medford, -12.7%.

Willamette Falls, which had the largest operating margin, 16.3%, also fell into the negative column when its outpatient surgery volume dropped by 7.6%, while Salem Hospital, with a -4% just saw a slow in emergency room visits, +2.6%.

Overall, the smaller rural hospitals, known as Type A and B, found themselves with the fewest number of people in their emergency rooms, compared to their urban counterparts. Coquille Valley led the way, with a 11.2% decrease, while Good Shepherd was close behind, -8%, and two hospitals tied, with -5.4%, Tillamook County and St. Alphonsus.

These smaller hospitals also didn’t do very well on the outpatient surgery front. Once again Coquille Valley suffered the greatest loss, -46.4%; Curry General, -35.9%; Harney District, -32.9% and Wallowa Memorial stood at -23.3% at the end of June.

Profitability continues to plague these rural facilities. Because they lack additional sources of revenue, such as investments, their total margins are much closer to their operating margin, according to the OHA.

Blue Mountain found itself at the low end of the totem pole in total margin, -3.5%, while Santiam North Lincoln ended up with a -2.6% and Wallowa Memorial was just slightly behind, -2.2%.

As hospital administrators reflect on their financial performance during the first half of 2014, they may want to heed the words of Larry Mullins, president of Samaritan Health Services, who told The Lund Report earlier:

“Those quarterly earnings don’t tell the whole story. There’s a bias in the state numbers that show the operating sites with everything loaded in whereas the system doesn’t survive that way.

“As of September 30, our unaudited results show that our system had $12 million in excess reserves. We thought that we’d come in at $3.7 million. In the third quarter of 2013 we were at a negative $9.4 million.

“We generate about as much in non-operating income as we do in operating income. That’s the model we need to have as we shift toward more capitated care and population health models.”

Jan 15 2015
News source:
The Lund Report
Keywords:
affordable care act, Oregon Association of Hospitals
×
This article is for premium subscribers. If you are one, please sign in below.
You can see two more premium stories for free. To subscribe, click here. We depend on premium subscriptions to survive, and they are tax deductible.
Sign InGo Premium Not now