A million or more people could swell the state’s population during the Aug. 21 event, stressing rural health services, and creating sanitation risks.
By:
Sue Vorenberg 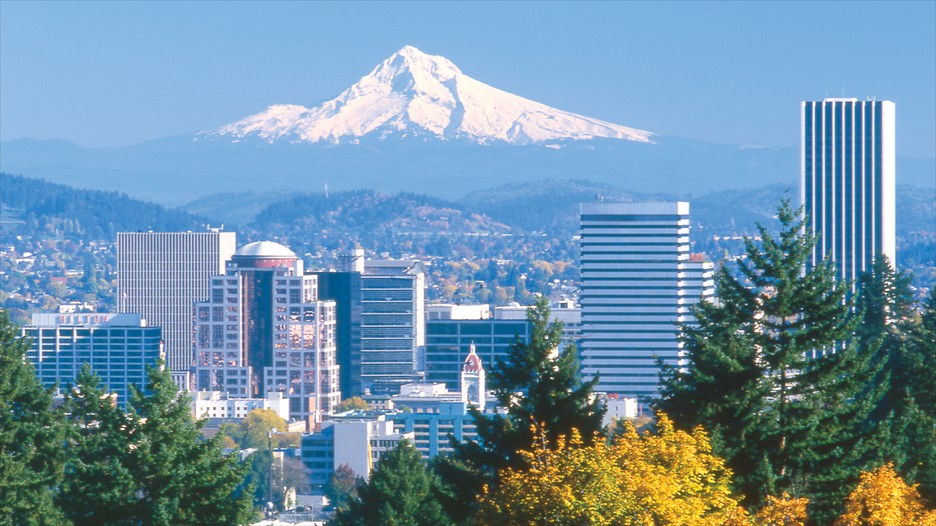 Health leaders across Oregon are bracing themselves for a massive influx of people later this summer, when a total solar eclipse can be viewed across a wide swathe of the state. There’s no simple template to prepare for the Aug. 21 event.

The Oregon Health Authority, the Oregon Office of Emergency Management and the state’s rural hospitals have never had to deal with an event that swelled the state’s population with a million new people. And that’s what the experts are expecting for week around the eclipse from August 16-23.

“Our planning assumption is for 1 million people during the event,” said Paula Fasano Negele, a spokeswoman with OEM. “We looked at similar events that happened in the past for ideas - but we actually have no idea what will happen with that many people.”

Among the many potential problems facing rural areas are: Traffic jams could prevent emergency vehicles from getting through, or could disrupt transportation of food and other supplies to local businesses; wildfires could spreading to areas where people have gathered; there could be inadequate access to sanitation and porta-potties; people may lack access to potable water; heat-related illnesses could arise; wild animal bites could be a risk; and the officials are worried about making sure there are health inspections for pop-up food vendors.

To prepare, OEM and OHA have been building lists of emergency resources that they can easily share with rural hospitals and ambulance services. They’ve also been reaching out and coordinating with rural agencies to help them plan and arrange fast access to resources if a crisis occurs.

“In public health, we’re an information resource, so we’re making sure we have resources to share with the public, such as an eclipse-focused page on our website,” said Jonathan Modie, a spokesman for OHA. “We’re also coordinating with our partners - like the Oregon Poison Center and other county public health partners. We’ve been looking at this since the beginning of the year, but it really has stepped up in the last few months.”

“If we get the influx of people that we may, people may not have a place to stay, they may be trespassing on private property, they need restroom availability,” Fasano Negele said. “We want to make sure people are safe and that they have enough resources.”

Preparation requires careful planning of where to place things like porta potties and potable water. Another part of preparation is trying to streamline food cart inspections before the crowds arrive, Modie said.

“The things we’re most concerned about - foodborne illness, infectious disease, illness related to hot weather, we can help prevent those things by planning,” Modie said. “We need clean environments for people where they gather. A lot of what we’re doing is communications and making sure agencies know where to get resources and how to share them. We’ve designed some redundancies into our communications system as well in preparation.”

As part of its planning, the St. Charles Health System in Central Oregon has created its own Emergency Coordination Center, said Lisa Goodman, a spokeswoman.

“We’ve established an Emergency Coordination Center (ECC), which is meeting weekly to plan for this event,” Goodman said. “The ECC’s responsibilities include maintaining ongoing patient care for Central Oregon; maintaining the security of the hospitals, clinics, patients, staff and visitors; arranging for supplemental staffing as required; identifying response thresholds and alternative resources from outside the area and communicating situation updates to patients, caregivers and the public.”

The hospital system also put a freeze on employee requests for time off during that week and have decreased the number of scheduled and elected care, including surgeries, in preparation.

“The biggest difference during the week of the eclipse will be our patient volume, which we expect will roughly double,” Goodman said.

The St. Charles system is also working with the tri-county Emergency Operations Center, which includes Crook, Deschutes and Jefferson counties, to help with resources requests, such as fast access to more patient beds and air ambulance services. St. Charles has also applied for some state waivers to help provide care, Goodman said.

Salem Health has also been preparing and meeting with community partners for nearly a year, said Wayne McFarlin, the hospital’s emergency preparedness administrator.

“In the past few months we’ve begun meeting as an organization to ensure we have plans in place to meet our staffing needs for the eclipse, to be able to maintain operational effectiveness to address the expected patient surge for the large number of visitors to the area we expect, and to coordinate with our community partners during the days before and after the eclipse event,” McFarlin said.

Salem Health is expecting an increase of about 25 percent in the local population for the eclipse, he added.

“Recognizing that there will also be a number of large gatherings during a typically warm time of year, we expect an increase in heat related illnesses, likely some vision injuries from people viewing the eclipse without the correct protective eyewear, as well as alcohol and drug-related conditions,” McFarlin said.

People planning to visit the area should also be prepared to deal with incidents or injuries. Officials recommend eclipse-goers bring plenty of potable water and supplies, sun screen, bug repellent, hand sanitizer, clothing for all potential weather events and a first aid kit, among other things.

They also stress having the correct eyewear to look at the eclipse. Regular sunglasses are not enough protection and viewing an eclipse through them can cause permanent eye damage.

Oddly enough, all this preparation may have another upside. It also could be useful for planning for the big Cascadia earthquake, which geologists say could potentially strike the region with a 9 point or even stronger quake, Modie said.

“We’re looking at this as an opportunity to look at how we respond to situations where we have a large number of people making demands on our services that could lead to limitations,” Modie said. “If the big earthquake hits, that will limit dramatically access to medical care, hospitals and EMS services. This (the eclipse) is very much like what we could see in a natural disaster. We’ll have a lot of people in one place, limits on resources and heavy traffic.”

Nobody knows for sure how the eclipse event will actually pan out for the region - and we won’t until it’s over - but with the extra planning, systems say they feel ready.

“We’ve never had an event quite like this,” Goodman said. “That said, health care facilities deal with emergencies, including patient surges, on a somewhat regular basis. We’re confident that our ongoing training and preparation will ensure we’re well equipped to meet our region’s needs.”