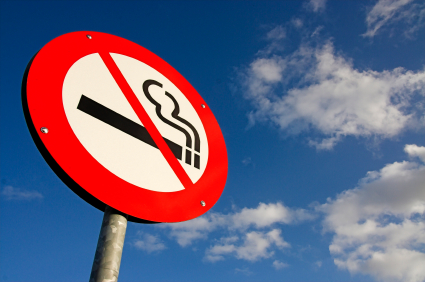 January 16, 2013 -- When it comes to tobacco control, Oregon falls short. In fact, according to the American Lung Association’s 2013 State of Tobacco Control Report while Oregon took steps forward to reduce tobacco use in some areas, the state earned a glaring F when it comes to tobacco prevention and control funding.

Why such the dismal performance? Because while Oregon receives $332 million in tobacco-related revenue annually, it spends a meager 17.5% ($7.5 million) of what the Centers for Disease Control and Prevention recommends for funding tobacco prevention and quit-smoking programs. It didn’t help that the legislature opted to cut $1.5 million from Tobacco Use Reduction Account last year to balance the budget.

Oregon’s Report Card in the State of Tobacco Control Report shows that smoking costs Oregon $2,174,506,000 a year in smoking-attributable healthcare expenditures and productivity losses, but Oregon only spends $3.13 per smoker to encourage people to drop the habit. The Centers for Disease Control recommends that the state spend $10.53 per smoker. In other words, Oregon isn’t doing enough to urge people to quit -- which in the long run -- costs the state even more.

“Prevention works. There are now 182,000 fewer adult smokers in Oregon since the Tobacco Prevention and Education Program began in 1997,” said Colleen Hermann-Franzen, advocacy and communications manager with the Lung Association in Oregon. “In order to continue this trend, tobacco prevention requires increased funding because tobacco companies aggressively promote their products. Each year, the tobacco industry spends at least $100 million in Oregon marketing their products, more than 10 times the amount Oregon spends on tobacco prevention.”

After seeing the Lung Association’s report, Brett Hamilton, executive director of the Tobacco Free Coalition of Oregon, emphasized the hope that a number of healthcare and public health organizations share: that the legislature will fulfill the original intent of the Tobacco Master Settlement Agreement (TMSA) by allocating all available TMSA funds to health and prevention efforts.

"For the first time in a decade, Oregon has the opportunity to invest Tobacco Master Settlement Agreement dollars in tobacco control initiatives that will actually improve the health of Oregonians and lower healthcare costs for the state,” Hamilton said. “The timing couldn't be better. Our new healthcare model allows for us to think outside the box and make creative investments to develop an innovative tobacco control and prevention strategy.”

Beginning in the 2013-2015 biennium, $120 million will be available from the Tobacco Master Settlement Agreement for health and prevention efforts, including tobacco prevention.

“Ten percent of the funding, as described in House Bill 2136, should be allocated to the tobacco reduction account," Hamilton said.

Oregon’s Report Card shows that the state’s tobacco tax and cessation coverage faired only a little better than a failing grade, while Oregon’s smoke free restrictions in everything from government worksites to casinos earned the state its only stellar performance.

“Oregon has made great strides in creating smoke-free environments, including the tobacco-free state workplace order the governor issued last year,” noted Dr. Bruce Goldberg, administrator of the Oregon Health Authority. “We have smoking cessation coverage for Medicaid members and state workers. We have also set a goal of reducing the rate of smoking in our Medicaid population from 31 to 25% over the course of the federal demonstration project that created coordinated care organizations. Good work has been done, and we need to redouble our efforts to prevent tobacco use and eliminate the scourge of tobacco on our population and healthcare system.”

The Lung Association’s “State of Tobacco Control” report tracks progress on key tobacco control policies at the federal and state level, assigning grades based on whether laws are adequately protecting citizens from the enormous toll that tobacco use takes on lives and the economy.

Oregon received the following grades for 2012: