Health Republic CEO Dawn Bonder tells The Lund Report that her company had always adopted the tortoise approach to success: slow and steady. Health Republic and its rival, Oregon’s Health CO-OP, each have only 1 percent of the market, but anticipate growth.
By:
Chris Gray 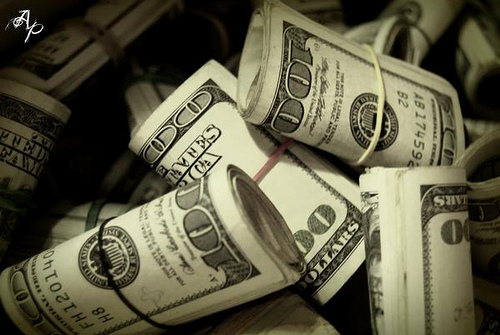 The failure of a second co-operative health insurance plan this summer has given insurance industry observers ripples of apprehension and feelings of schadenfreude to Obamacare opponents that one of the most promising aspects of the Affordable Care Act may not survive to serve many Americans.

As many as 24 co-operative, consumer-owned companies were launched across the United States, and Oregon is the only state with two of them. A co-op in Vermont failed before its launch; a second one operating in Iowa and Nebraska failed in the first year that the exchanges operated, and a third in Louisiana announced this summer that it would close by the end of the year.

Only one co-operative, in Maine, has yet to turn a profit.

“I find it puzzling that people are surprised that co-ops are not turning a profit,” Dawn Bonder, the chief executive officer of Health Republic, one of the two co-operatives in Oregon, told The Lund Report. “Business 101 tells us that startups that anticipate making any profit in the first and second years don’t have a realistic, sustainable business plan.”

She said the company should start turning a profit next year, in its third year of operation, as envisioned in its original business plan presented to the federal government at the time its loans were approved. The company received $10 million in startup loans, which come due in 2017 and a $50 million solvency loan, which acts like a line of credit, and comes due in 2027.

The co-ops were conceived as a compromise for progressive Democrats vying for true universal healthcare through a single-payer system, or at least a public option health plan on the exchange for middle-class families. The concept was modeled after the Group Health Cooperative, which has served Washington and the Idaho panhandle since 1947.

Co-ops operate under strict rules: all profits must be reinvested to lower prices or improve quality for consumers, and these nonprofits, unlike traditional insurers, must have a governing board made up primarily of members. They have been compared to credit unions, operating in a world dominated by big banks.

Bonder noted that her company is unable to pay her the seven-figure salary enjoyed by executives of large insurance companies, but state records show she was compensated with $252,000 in total earnings last year, and four other Health Republic executives each earned six figures. Ralph Prows, the former president of Oregon’s Health CO-OP, earned $304,000 in total compensation last year. The CO-OP paid five other top executives six-figure salaries as well.

Some of the strict federal regulations have hampered the ability of the co-operatives to get off the ground: the new companies could not use any of their federal loan money on advertising and marketing, putting them at a significant disadvantage against known insurance brands like Regence, Kaiser, Providence and Moda Health, the latter two of which bought the naming rights to Portland’s two professional sports venues, just as Obamacare got off the ground.

“They’re trying to break into an incredibly complicated business,” said Jesse Ellis O’Brien, the consumer health advocate for the Oregon State Public Interest Research Group. O’Brien has closely followed Oregon’s health insurance industry for several years. “It’s to be expected that a number of startups are going to fail.”

Two years into the Obamacare era, each of Oregon’s two co-operatives still make up only about 1 percent of the market regulated by the Oregon Insurance Division, with about 13,000 consumers apiece as of June 30.

Bonder said her company hasn’t seen an explosion of business because it never wanted that -- but with slow and steady growth, she anticipated a 50 percent rise in membership to 20,000 lives, climbing to 30,000 by the end of next year. “We’ve always had a plan, and we’re sticking to it of slow, sustainable growth.” She based those estimates on the input of 1,200 insurance brokers, who are pitching their employee plans to businesses across Oregon.

“There are ways of running businesses with a very low volume of customers. … I don’t see that there’s reason to be concerned about immediate insolvency,” O’Brien concurred. “It’s unclear whether both co-ops can make it long-term.”

“You don’t need a large member base to run a tight, lean operation that provides insurance for people,” Bonder said. She said Health Republic secured a favorable contract with Providence Health Plan to ensure that its members would have a significant statewide provider network without having to pay significantly more.

O’Brien said that the two companies, despite their nearly identical enrollment numbers, are going two different routes to expand their business. Health Republic has “been making more of a play for the small group and large group market.”

“We’ve had to fight for every member we’ve got, but we’re building, we’re growing,” Bonder said.

The Insurance Division has twice fixed its rates higher than it wished, a sore point that the Health CO-OP has fought publicly. Commissioner Laura Cali has defended the rate hikes as necessary to ensure the CO-OP and other insurers remain solvent.

“Financial solvency is high priority to us as insurance regulators,” explained Insurance Division spokesman Jake Sunderland. “Our job is to ensure that all Oregon insurance companies have the ability to meet their obligations to policyholders, and the division monitors the financial health of all Oregon companies very closely.”

O’Brien said the 2016 individual health rates approved by the Insurance Division will still put Oregon’s Health CO-OP among the lowest on the federal insurance exchange.

The Health CO-OP’s interim executive director Phil Jackson declined to be interviewed, but in a response to questions, he released this statement: “In our 2016 rate filing, we priced our plans to break-even and the OID increased our rates, which will enable us to achieve a positive operating margin. For 2016, the combination of appealing plan pricing and our member-driven, community centric mission positions Oregon's Health CO-OP to attract individuals, families and businesses to our membership.”

In April, Jackson’s predecessor Ralph Prows told The Lund Report that the cooperative had been on track to hit 20,000 members by the end of the year, and the company was backed by healthy financial reserves.

Bonder said that 70 percent of Health Republic’s business is in the small group market, and she anticipates a windfall of companies choosing her health plan when the market expands from companies of 50 or fewer employees to those with 100 or fewer.

That’s expected to happen next year, although the large insurers are lobbying the Obama administration against the switch, since they can currently cherry-pick businesses with more than 50 employees and offer customized plans to those with relatively healthy employees, while charging higher rates and offering inferior plans to companies with an unfavorable number of older, sick, or female employees.

The failed co-ops in other states each appear to have failed for different reasons. Iowa’s health insurance exchange had only two companies offering plans, and the startup was overwhelmed with demand, particularly from very sick members who had been denied coverage before the Obama health law took effect. The company had been put on the hook for 21 organ transplants in its first year of operation.

The reason for Louisiana’s failure is more oblique, but the New Orleans Times-Picayune reported that the co-operative had used its loan money to pay contracts to companies where its board members had a financial interest, before those same board members later voted to dissolve the co-operative.

Sep 8 2015
News source:
The Lund Report
Keywords:
Oregon’s Health CO-OP
×
This article is for premium subscribers. If you are one, please sign in below.
You can see two more premium stories for free. To subscribe, click here. We depend on premium subscriptions to survive, and they are tax deductible.
Sign InGo Premium Not now