OHSU Will Never be Silent in the Face of Adversity 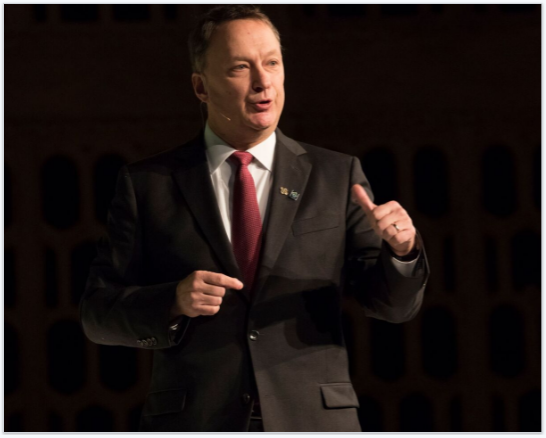 Without mentioning President Trump by name, the president of Oregon Health & Science University expressed dismay at the immigration policies he’s put forward at a luncheon attended by more than 200 policy wonks, legislators and employees at the Portland Art Museum yesterday.

“The social and political turmoil compels me to talk about the core values and the beliefs of OHSU, which will not change despite the changing landscape — and believe me, it’s changing,” said Dr. Joe Robertson, who was adamant OHSU would never be silent or take a partisan stance.

Robertson said OHSU brings together the best and the brightest from around the world, and intends to continue working with everyone so Oregonians have access to healthcare, which he called “a fundamental human right.”

“We need to serve as an example,” Robertson continued. “We don’t exist in a world apart. What’s happening is creating a world of fear, which is anathema to public health. Public health is based on trust. Fear is countervailing.”

Oregon, like elsewhere in the nation, faces pressing public health challenges – obesity, depression, substance abuse and suicide, and Bangsberg called upon leaders to deal with the racist and willful violence impacting people’s lives. “If we can take HIV out of Africa, we can tackle the same challenges at home,” he said.

Bangsberg and his wife have donated $100,000 in scholarships to support public health students, at the new PSU/OHSU partnership program, and he encouraged the audience to follow their lead.

OHSU has grown mightily over the past 11 years, giving the institution an emboldened role in Oregon’s healthcare future, according to the latest figures released by Robertson.

For example, OHSU’s operating budget reached $2.8 billion last year, a 461 percent increase from 1995, while its award dollars grew by 353 percent during that same time period, at $389 million.

Here are a few other statistics: