He was hired after a nationwide search, and announced his departure after only 13 months on the job.
By:
Courtney Sherwood 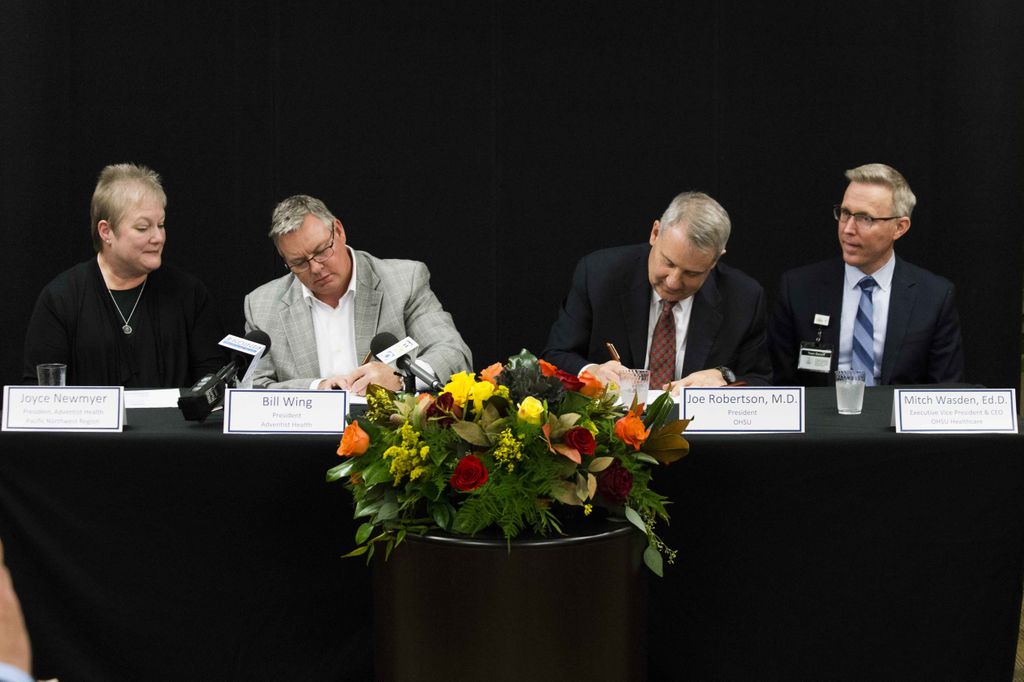 Barely a year after taking a job as CEO of Oregon Health & Science University’s healthcare operations, Mitch Wasden has resigned. He was appointed effective March 1, 2017, after a national search led  the university to recruit him away from his position as CEO of University of Missouri Health Care.

An OHSU official said that the resignation was submitted for “personal and family reasons,”  and that Wasden will work with Dr. John Hunter to transition responsibilities. Hunter was appointed OHSU chief clinical officer in February 2017, and is now CEO of OHSU Health System.

The timing of Wasden’s resignation, just as OHSU announced its three top finalists for to replace Dr. Joe Robertson as the instruction’s president, is noteworthy, and raises questions about whether Wasden – who was not named as a finalist – may have himself sought to fill that job.

Wasden’s departure could also be an indication of continued turmoil as the university seeks to join with other healthcare institutions across the state. Wasden was appointed to lead OHSU Partners, a management company created to govern a planned integration of OHSU Health Care and Salem Health. But in June 2017, after more than two years of negotiations, Salem Health backed out of that arrangement.

Wasden was hired to replace Peter Rapp, who served as CEO of OHSU Healthcare from 2002 to 2016.

In January 2016, Rapp was promoted to CEO of OHSU Partners – but he subsequently left the university to return to his home state of Virginia.

As OHSU Partners became less relevant, Wasden served as administrative leader of OHSU Hospital, Doernbecher Children’s Hospital, outpatient services, as well as Tuality Healthcare, including its hospital and clinics. He oversaw roughly 8,000 employees and had a budget of $2 billion.

Wasden will work with Hunter through June 30, and will be compensated for his time, OHSU spokeswoman Tamara Hargens-Bradley said in an email.