Officials Hope to Curtail Rise of Insurance Costs Under ACA

Lawmakers and public officials are holding closed door meetings to create a state reinsurance program that would keep in tow exorbitant insurance increases next year
By:
Diane Lund-Muzikant 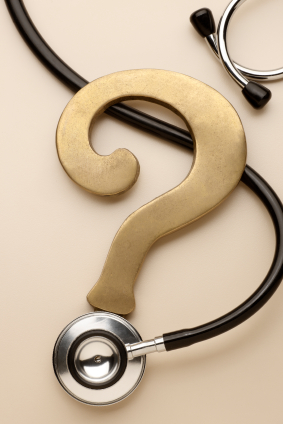 February 27, 2013 -- Concerns have been mounting by lawmakers and public officials that once the Affordable Care Act kicks in next January, those who purchase their own health insurance will face exorbitant prices. That was the conclusion reached by an independent consultant hired by the state of Oregon last July who analyzed the potential rate changes and its effect on people who would not qualify for a tax subsidy because they earn more than 350 percent of the federal poverty level.

But now there’s hope on the horizon. For the past several weeks, legislative leaders, along with state officials and representatives from the business community (among them, Associated Oregon Industries and the Oregon Business Association), have been holding closed door meetings to come up with a way of mediating those cost increases, according to several high-ranking officials who spoke to The Lund Report.

Within the coming week, those negotiations are expected to see the light of day in a bill that would set up a state reinsurance pool, similar to the federal reinsurance plan that’s expected to pay for excessive medical claims – typically more than $100,000.

The revenue for this reinsurance pool would come from Oregon’s health insurers who’ve been paying thousands of dollars annually to absorb the medical expenses for the state’s high risk pool, which draws to a close next January. Those assessments have been based on the enrollment numbers of each insurance company.

“Those assessments won’t be as high as the current high risk pool, but they’ll certainly help to stabilize the prices,” said an official who’s been participating in those meetings.

In 2012, Oregon insurers paid $89.3 million in assessments, amounting to about $5.09 per covered live, according to Kimberly Mounts, spokesperson for the Oregon Health Authority. Currently, 11,120 people have coverage through the high risk pool.

Under the federal program – established by the Affordable Care Act -- all health insurers and third-party administrators of self-funded groups are required to pay a per capita amount from 2014 through 2016 to offset the high claim costs for people who purchase individual coverage. Next year, that charge is expected to be $5.25 per member per month. And, the federal reinsurance program will pay 80 percent of an individual’s annual claim between $60,000 and $250,000, for a maximum payment of $152,000 for a member per year.

An initial analysis has suggested that once that program is fully funded, the average claims costs in the individual market will be reduced, on average, by 13.7 percent in 2014.

Once the Affordable Care Act rolls out next year, insurance companies cannot discriminate against people with pre-existing conditions by either denying coverage or charging them higher premium costs. Currently, about 200,000 people in Oregon purchase their own coverage and that number is expected to escalate by 70,000 in 2014.

Cover Oregon expects between 140,000-254,700 individuals to purchase coverage through the exchange next year.