The deputy commissioner of the state’s community colleges explains that the state money was to ensure that Oregon would have a statewide supply of community health workers, and the money was only approved to flow through the local colleges.
By:
Christopher David Gray 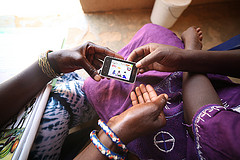 A lynchpin to Gov. John Kitzhaber’s transformation talk has been the community health worker, who can work at the ground level with high-need Medicaid patients and help them access and maintain their proper level of care.

The state budgeted $675,000 to train these essential workers, but the groups that have already been doing much of the work of getting people trained for these new positions, such as the Urban League, have not seen a dime of that money.

A group of advocates for healthcare equity circulated a petition demanding that Kitzhaber pull the request for proposals (RFP) and start over, and launch a process that would fund nonprofit groups as well as community colleges.

Short of that, Lizzie Fussell, the policy director for the Oregon Community Health Worker Association, is urging the state to use any leftover money to help nonprofits in their efforts. Not all the community colleges submitted proposals, and their total requests only added up to about $450,000.

The advocates argue that because they have experienced community health workers who can train people from within their communities, they have a leg up on community colleges, especially in connecting the African-American and Latino communities.

Even without state funding, they’ve boosted training in the Portland area and have come close to reaching Kitzhaber’s goal of 300 community health workers.

Fussell wants the funding to support those already in the field and enhance their skills, making community health workers much more useful to the coordinated care organizations. “We’re going to have 300 trained healthcare workers, and there’s not 300 new jobs out there,” she said.

From the state’s perspective, that makes Portland-area groups like the Urban League a victim of their own success. They’ve done such a good job of training community health workers and other traditional health workers that the state doesn’t feel the need to fund any more training in the  Portland metro area, where the vast majority of the new workers have been trained.

“We’re always so focused on the [Willamette] Valley,” said Krissa Caldwell, deputy commissioner of the Oregon Department of Community College and Workforce Development. “We have got to get some training into our rural areas.”

The Northeast Oregon Network has trained 29 community health workers, with another 25 on track to finish their training this month. But many parts of the state, such as the rest of eastern Oregon, Bend, Eugene and the Coast have seen little training activity.

Caldwell said the bulk of the training has occurred in Portland and the Medford area. “[The funding] ensured we would have statewide training.”

In the Portland metro area, Mount Hood Community College in Gresham did apply for some of the money, but only as a consortium with several other colleges, including Linn-Benton, Lane, Clatsop and Blue Mountain in Pendleton.

Caldwell said the state would not have any leftover money for the nonprofit groups because it chose instead to use those dollars to rigorously assess the statewide need among CCOs. As a small compromise, the state will help the Oregon Community Health Worker Association stage a conference this fall.

One of the grant submitters, Rogue Community College, in Jackson and Josephine counties, would spearhead the assessment.

Among community colleges, Rogue has already been a leader. It started its curriculum a year ago and has trained 46 people, and also offers different career pathways that can allow trainees to work toward an associate’s degree, increasing their potential to move into more highly skilled healthcare careers.

“We work closely with our CCOs in determining the need,” said Genna Southworth, the director of allied health at Rogue Community College, adding that Rogue’s program has also conducted demonstrations for counties outside its jurisdiction -- Coos and Curry on the south coast.