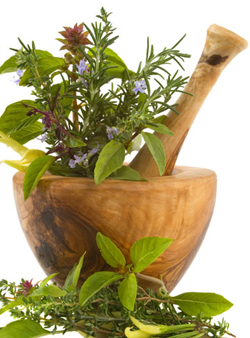 “We anticipated this and are preparing a response for the court right now; it’s going to be a long process,” she told The Lund Report.

The lawsuit, filed last July in federal court, alleges that Health Net and their contracted benefits provider, American Specialty Health, conducted unlawful and discriminatory practices against naturopaths by refusing to pay for services. They cite the Affordable Care Act, which prohibits insurers from discriminating against healthcare providers who offer services under the scope of their license.

“We selected Health Net because by far they have the worst practices and worst discrimination against naturopathic physicians, but are certainly not the only ones,” Farr said. “If we get a judgement out of this lawsuit it should have a ripple effect across all insurers across the country.”

The profession is tired of the constant battles they’re having to fight, particularly when there’s a shortage of primary care physicians, she added.

“The insurers are putting up barriers, and our board is angry about this,” Farr said. “And we aren’t seeing anyone else to step in and fix this problem so we moved forward. It’s time to end the discrimination.”

Farr doesn’t expect this lawsuit to be resolved until the middle of next year, at the very earliest.

Quamme for a routine preventative medical care visit, a service that all insurers are legally required to cover, according to the release.

One month later, she received a letter from Health Net stating that while her claim had been correctly denied by ASH, ASH recommended that Health Net should consider paying the claim through its normal medical benefit regardless.

“I see an ND for all my primary care, including my annual well woman exam last October,” said Fox Quamme. “Every insurer covers well women visits, but Health Net denied that claim because I had it done by a naturopathic doctor. The only reason they even considered reversing the denial was because a law firm submitted an appeal. It is a huge problem if I need a lawyer to access basic, covered benefits.”

To date, four other patients had their denials reversed after a law firm submitted an additional appeal. Eight months after Fox Quamme’s November 4, 2014 medical visit, the in-network Health Net naturopathic physician who provided her medical services has yet to be reimbursed by Health Net or its subcontractor ASH, the release states.

Advocates have been working directly with federal agencies and state insurance commissioners for the last two years to implement and enforce the provider non-discrimination provision to little effect.

Both providers and patients have filed complaints to the state insurance division as well as to the Department of Labor.

The most common reply stated that their hands were tied in terms of enforcement without clear guidelines or clarification of the law.

“The impact of this discrimination is clear,” said OANP Board President Carrie Baldwin Sayre, ND.

“Patients face unnecessary barriers to covered medical services, and naturopathic physicians are being arbitrarily limited in providing routine and preventive medical care. Until we have an impact judgment ruling, insurance carriers will continue to skirt the law, and patients and practitioners will be forced to pay the price.”

The group hopes that the suit will ensure that all qualified providers are able to work to the full extent of their license to help Oregon meet the Triple Aim of better care, better outcomes, and lower cost.

The discriminatory Health Net/ASH practices cited in the lawsuit allege that unlawful limitations are imposed on naturopathic physicians as compared to other medical practitioners who provide commensurate medical services. These practices include: an annual limit on the number of reimbursable visits to naturopathic physician; the requirement of a Medical Necessity Review form, that other providers are not required to provide; a $1,500 maximum reimbursable cap for the use of naturopathic medical services; a limitation on certain types of medical care performed by naturopathic physicians that are within their scope of practice including, but not limited to, the delivery of preventative services; and, reimbursing naturopathic doctors at up to 80% less than other providers for the same service rather than varying reimbursement rates based on objective quality or performance measures.

The Oregon Board of Naturopathic Medicine has licensed naturopathic physicians in Oregon since 1928 with a broad scope of practice that allows naturopathic doctors to practice as primary care providers, including providing all preventative services, prescribing pharmaceuticals, and ordering all tests necessary to diagnose and treat illness.

Health Net included naturopathic physician services to their benefits as early as 2003, but has consistently restricted the scope of practice of naturopathic doctors by capping the number of times a patient could see their ND, limiting the kind of conditions that NDs can treat, declining payment for preventative services done by NDs, and/or restricting access to labs or pharmaceuticals, the release concludes.

Have a tip? Email Lynne Terry, editor-in-chief, at lynne[email protected].