National Board Looks Into Allegations Against OHSU Emergency Department Chair 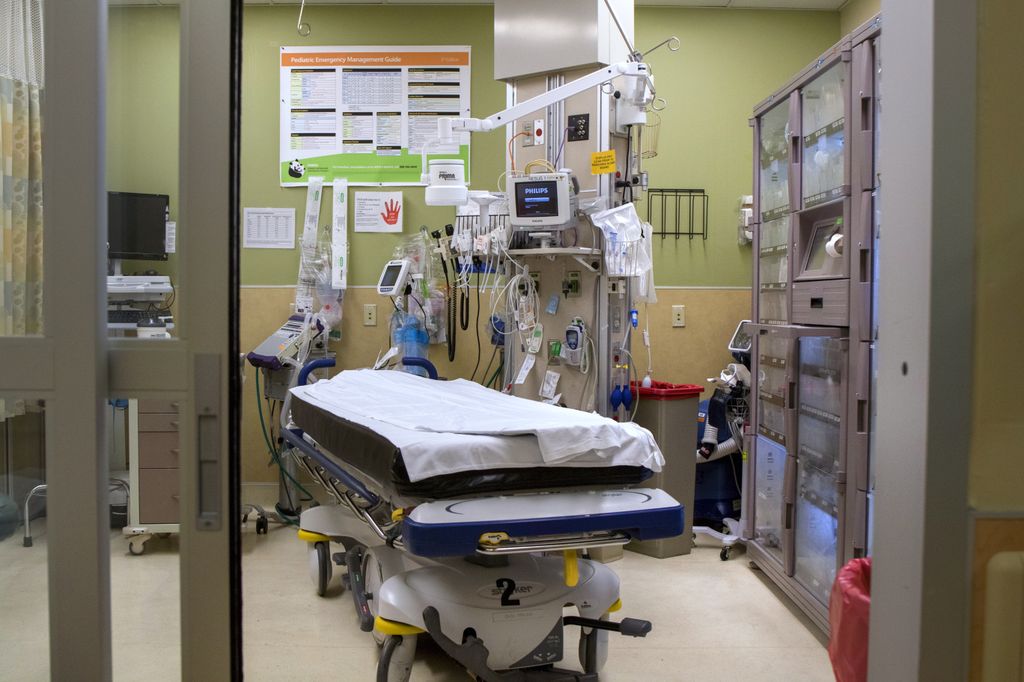 The influential board that certifies emergency medicine physicians in the United States is looking into allegations of harassment against Dr. John Ma, the head of the emergency department at Oregon Health & Science University.

The Lund Report revealed last month that Ma had been the subject of an internal investigation at OHSU following complaints of harassment by staff. Shortly after the investigation wrapped up, Ma told staff in an email obtained by The Lund Report that he was stepping down as head of emergency medicine. His note and a public announcement by OHSU on its website gave no explanation of why he would suddenly relinquish a prestigious job he’s held since 2007. / Instead, he listed his accomplishments in building up the department. He earns about $267,500 a year, excluding clinical pay which OHSU declines to disclose. Besides his OHSU role, Ma is secretary-treasurer of the American Board of Emergency Medicine, which certifies 38,000 physicians across the country. The board’s mission, according to its website, is “to ensure the highest standards in the specialty of emergency medicine.”

Under the board’s normal rotation, Ma is in line to become its president.

Concerned about the allegations, the executive director of the American Board of Emergency Medicine, Dr. Earl Reisdorff, contacted The Lund Report, asking to talk to our sources. The Lund Report did not share any contact information but did contact sources to let them know about Reisdorff’s request.

“My reaction to (the board’s) request is a positive one,” one source told The Lund Report on the condition of anonymity.

“OHSU, by its actions and ongoing glowing support of John Ma, has failed to act on credible, substantial and corroborating testimony of over 40 individuals,” the source said, referring to the internal investigation. “While they may have negotiated the resignation of John Ma, they did so with language that is reserved for a man who should be rewarded for his actions, not a man who systematically and repeatedly, over 12 years, intimidated, professionally bullied and threatened both physicians and nonclinical persons. … It is most certainly not behavior that is fitting - or, I hope considered representative of (the board).”

The board reached out to OHSU but did not obtain any information about the investigation or allegations, said Jack Bierig, the board’s counsel.

“(The board) is doing a reasonable effort to try to ascertain what these allegations are,” Bierig said.

Reisdorff said the board would try to maintain the confidentiality of anyone who stepped forward but he said the organization could not guarantee that their name would not be disclosed..

“If they get sued, they’ll have to reveal who they got (the allegations) from,” Bierig said, referring to a potential suit from Ma. “They’ll have to share this with several people. They can’t guarantee that someone’s not going to blab.”

The sources that The Lund Report used for its reporting, which spanned six months, insisted that their identities be protected. They said they would risk their jobs, their careers, schedules and potentially bonuses if they were identified in the media. They also said they would need that protection by the board of emergency medicine.

“I am glad (the board) is investigating the allegations,” a source told The Lund Report. “However, expecting sources to come forward reflects a lack of understanding of how widespread the concerns about Ma’s leadership have been, and how intimidating it is to come forward. Many who have done so have now left OHSU, and some have experienced retaliation. The question is not whether he can be an effective (board) president, or whether his actions were criminal.  It is clear that he has engaged in misconduct and mistreatment of many faculty. The question is whether (the board) feels it is the right thing to support a leader who, despite having many strengths, does not espouse the professional characteristics fitting of such a revered position.”

The university did not comment on The Lund Report’s article and it did not tell staff much about the investigation. Faculty only found out it had ended through conversations with top managers. No word has leaked out about what the university found.

The board is likely to drop its query if no one agrees to talk.

“It’s very hard when the people who are making the allegations don’t come forward,” Bierig said. “We’re trying to ascertain the basis for the allegations but we’ve not had much luck.”

Ma has largely been out of sight in the emergency department since he said he would step down, staff told The Lund Report.

“He stopped working clinically as of June 1,” a source told The Lund Report. “He doesn’t work as an ER doc.”

Ma steps down as chair on July 8.

Has OHSU refused to cooperate in the ABEM investigation?  Seems to me they should provide names and contact info. of those who work or have worked in the ED with Dr. Ma.  Have they told employees not to cooperate??

It seems that there has been a hx of mistreatment at OHSU that is just now coming out. People have left in more than one department. Why has it taken so long? Why has it been accepted for so long?

Response to comment from KimS:  I doubt that OHSU would not cooperate with the Certification Board and not provide names and contact information or tell witnesses not to cooperate.  That would be stupid.  The concern is that contacted witnesses will be afraid to talk to the board because of fear of retaliation.

Response to comment by julie_i:  Faculty and physicians have left OHSU in droves for years.  A recent faculty survey of >2,000 OHSU faculty members in 2016 (published in the Lund Report) revealed that ~50% had considered leaving the institution in the previous three years.  The same survey identified many faculty, ~13-15%, who had experienced harassment or discrimination in the prior three years.  None of this is new.  I don't understand your question "Why has it taken so long?," but to the second question, the reason that it has been accepted for so long is that nobody in any position of authority, including the Board of Directors, the Governor, or the legislature, cares.

OHSU talking to the Board

Thanks for your questions/comments. It's my understanding that the board heard nothing from OHSU. As a rule, it doesn't comment on "personnel matters." However, the board's lawyer was rather vague, saying they'd heard nothing.