The author urges Oregonians not to be blindsided by the advertisements from the biotech giants.
By:
Rick North 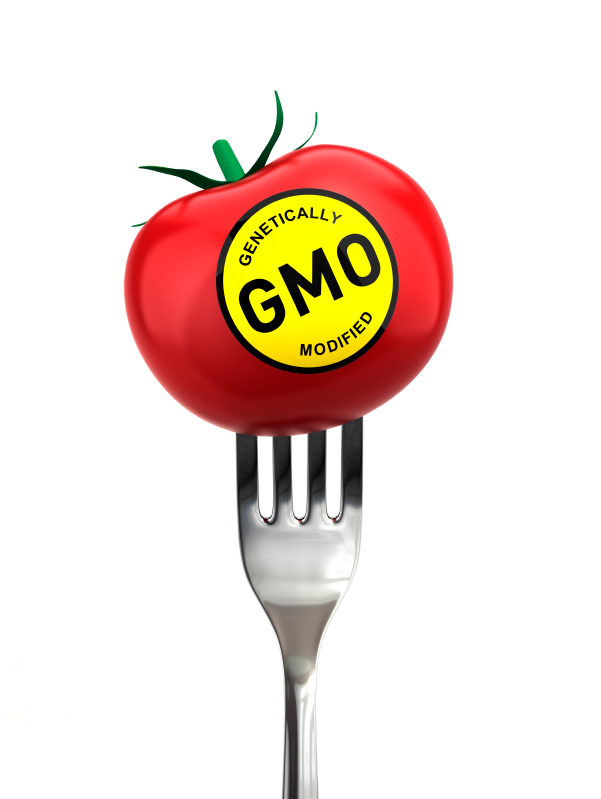 OPINION -- In the weeks ahead, you’ll be inundated with ads sounding the alarm that if Oregon Measure 92 passes, GMO labeling will significantly raise your grocery bills.

The ads will be paid for by biotech giants like Monsanto, Syngenta and Dow Chemical, plus the Grocery Manufacturers Association (GMA) and their corporate members like Coke and Pepsi. They’ll cite some study, invariably funded by industry, claiming GMO labeling will cause family food prices to skyrocket, as much as $400-$500 a year.

Let’s do a reality check.

Consumer food prices are based on multiple factors, including costs for raw materials, production, transportation, advertising, brand competition and retailers’ competition. They’re complex, making exact predictions impossible. But we can say with certainty that past experience shows no evidence that GMO labeling would increase prices.

You don’t have to take my word for it. Take Scott Faber’s (http://www.huffingtonpost.com/scott-faber/changing-labels-wont-incr_b_4073189.html?&utm_medium=email&utm_source=yeson522&utm_content=2+-+Scott+Faber&utm_campaign=pr131018&source=pr131018). For five years, he was vice president for federal affairs for the very same GMA and is currently director of Just Label It, which supports GMO labeling. He asserts that “What I learned is that adding a few words to a label has no impact on the price of making or selling food.” (See: New! Improved!)

He adds that you don’t have to take his word for it either. In 1990, GMA president C. Manly Molpus (I swear I’m not making this name up) supported the now familiar nutrition labels then being introduced.  The New York Times article covering the issue (http://www.nytimes.com/1990/03/08/us/us-plans-to-make-sweeping-changes-in-labels-on-food.html?pagewanted=1) reported “Industry officials said that labels are changed frequently and if the rule is phased in as planned, little cost would be added.”

There’s also no evidence that GMO labeling increased food prices in the 64 countries that have adopted it. Indeed, David Byrne, then European Commissioner for Health and Consumer Protection, declared (http://ec.europa.eu/dgs/health_consumer/library/speeches/speech114_en.pdf)   that “It did not result in increased costs, despite the horrifying (double-digit) prediction of some interests.” American food companies are already labeling their GMO products for export without increasing consumer costs.

Several industry-funded reports argue that more costs will be incurred because there will be a sudden massive switch in consumer buying habits to conventional non-GMO and organic, which is non-GMO by definition. Although anti-GMO activists would cheer the prospect of such a transformation, don’t bet the organic farm on it. Why?

Consumers can mostly be divided into three groups, the largest those that usually don’t read labels - 52%, according to a recent survey( http://www.foodnavigator-usa.com/Regulation/How-much-do-consumers-use-and-understand-nutrition-labels). The other two are those who will see the GMO labels but won’t care, and those who see them and decide to buy non-GMO products. The market segment concerned with GMO’s is certainly growing, but the math just doesn’t add up to an immediate across-the-board change. Whether the shift to non-GMO is large or small, farmers will change crops to meet the demand, just as they always have.

If there was a major conversion over time, it’s accurate that there would need to be expansion of growing and processing of non-GMO crops that can add costs. But separate tracks for conventional non-GMO and organic already exist, as a glance at the variety of breakfast cereals in any grocery store will show. Both Cheerios and Grape-Nuts have gone non-GMO in the past year without raising prices and Ben & Jerry’s, which is in the process of going non-GMO, will do the same.

Finally, consider that the cost of the crops is only a very small part of the finished product. One example: According to food writer Tom Philpott (http://www.motherjones.com/tom-philpott/2013/10/would-gmo-labeling-jack-food-prices), using USDA figures, the cost of the corn going into Kellogg’s Corn Flakes selling for $3.79 a box at Fred Meyer’s is only five cents.

As a trade association, the purpose of GMA is to protect the profits of its member corporations. In contrast, the purpose of Consumers Union, which publishes Consumer Reports, is to inform and protect US, the citizens. Consumers Union determined (http://www.consumerreports.org/cro/2013/10/labeling-genetically-engineered-food-washington-initiative-522/index.htm) that I-522, Washington state’s 2013 initiative to label GMO foods, would not significantly raise consumer costs. It says the same about Oregon and also endorses Measure 92.

Last year, the Washington state attorney general sued GMA (http://blogs.seattletimes.com/politicsnorthwest/2013/10/16/attorney-general-sues-grocery-association-alleging-campaign-finance-violations/) for soliciting millions of dollars from its corporate members to fight I-522 and keeping their donations secret from voters, violating the state’s campaign finance disclosure laws. GMA is also suing Vermont to block its recently-passed GMO labeling bill. It also petitioned the FDA this year to allow GMO foods to be labeled “natural.”

Somehow it seems perfectly appropriate that GMA is only one letter away from GMO.

Transparency is the heart of Measure 92 – your right to know what’s in your food. The bottom line is simple: Your vote is a choice between disclosing information or concealing it.

Money spent opposing labels would be better used in adapting to trends. China and Russia do not want their military personnel, in particular, eating foods that have not been tested for quality. Quality is in the taste buds and judgment of an increasingly discriminating customer base. Not only do many retailers already have labs to test for whether products are organic or not, but there will be tests of brix (easily searched on-line). I owe my introduction to the concept of brix to a grape tour sponsored by the Home Orchard Society and to Jacqueline Freeman of Friendly Haven Rise Farm in Washington state. Foods high in essential nutrients and missing non-essential chemicals already command higher prices and are in increasing demand. Products that fail quality tests will be rejected on the world market, and in domestic markets that cater to sophisticated customers. It seems bizarre that we have labels of provenance on every pear, but that is where we are, and it is going to get ever more precise than present practice . The logic of fighting against this escapes me. I am reminded of Lt. Cmdr. Spock's sideways looks when contemplating illogical human behaviors.