Big Tobacco Investment in Oregon Legislators Pays off in 2014 Session

A look at campaign finances shows Altria Client Services, the parent company of tobacco giant Philip Morris, unloaded $85,500 on the Oregon Legislature in the months before the 2013 session, including big donations to Senate President Peter Courtney and Sen. Betsy Johnson, the conservative Democrat from Scappoose. Johnson joined fellow tobacco-supported politicians such as Sen. Jackie Winters to kill a bill that would have cost Philip Morris millions.
By:
Christopher David Gray 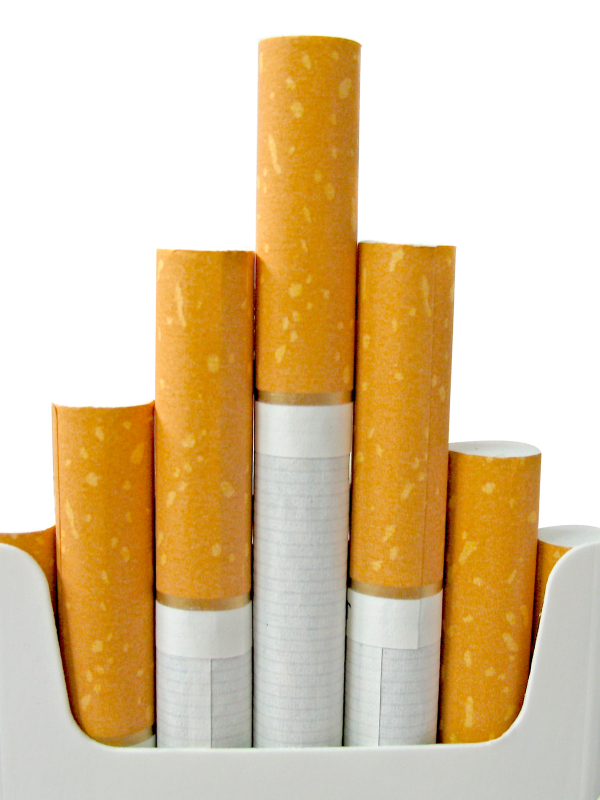 America’s largest tobacco company made a big investment in Oregon legislators before the 2013 session and walked away with a legislative victory when a bill died on the Senate floor that would have sent unclaimed money from class-action lawsuits into an account for legal services for the poor.

The tobacco giant succeeded at pay-to-play politics because of Oregon’s wide-open campaign finance laws, which allow for unlimited contributions. And for a company like Philip Morris, paying off politicians is much cheaper than manipulating a vote of the people. Philip Morris gave $85,500 to Oregon lawmakers in the six months between the 2013 and 2014 sessions, but spent nearly $7 million to kill a 2007 ballot measure that would have raised the cigarette tax about 85 cents to pay for children’s health insurance.

Philip Morris is locked in a class-action lawsuit in Oregon where it is accused of promoting Marlboro Light cigarettes as a safer alternative to its classic cancer-causing product, Marlboro Reds. House Bill 4143 could have cost the company millions.

But thanks to Johnson, Winters and Hansell and the other 12 Republicans in Oregon Senate, if Philip Morris is found liable for deceptive advertising, it will be able to keep any unclaimed money from the lawsuit. A legal class can include anyone who used its product, and many of these people can never be tracked down to receive their money.

Corporate interests often decry civil class-action lawsuits as racking up enormous penalties against their companies, but in Oregon and just one other state, most of that money goes right back to the defendant found liable for fraud and other misdeeds.

Sen. Floyd Prozanski, a prosecuting attorney and a Democrat from Eugene, compared Oregon’s policy to giving unclaimed, stolen bicycles back to the thief if nobody shows up to claim the bikes.

HB 4143 would have changed that, giving any unclaimed money to Legal Aid, and included ongoing lawsuits involving Philip Morris and another one with BP.

The bill would have had the most immediate effect on those two companies, but it would have affected future class-action lawsuits as well, earning the ire of healthcare heavyweights PhRMA, GlaxoSmithKline and Cambia Health Solutions, the parent company of Regence BlueCross BlueShield.

Two-thirds of the tobacco money went to the more pliable Oregon Senate, accurately anticipating the debate on House Bill 4143 to play out in that chamber, where Johnson joined her Republican colleagues to send the bill down in flames on the Senate floor with a tied 15-15 vote.

The Senate is closely divided with 16 Democrats and 14 Republicans while Democrats have a more comfortable 34-26 edge in the House of Representatives.

HB 4143 had passed the House 36-21, with four Republican supporters. One Democrat opposed the measure, Rep. Deborah Boone of Seaside.

Philip Morris greased Republicans with $60,500 and gave $25,050 to the Democrats. It gave $59,250 to senators and $26,000 to representatives -- all in the six months before the start of the session. For comparison, its closest competitor, Reynolds American, spent only $4,000, all on Republicans.

Oddly, the politician who got the most support from Philip Morris was Senate President Peter Courtney, D-Salem, who took nearly $10,000 from the cigarette manufacturer. He received an additional $8,000 from Altria in 2012.

Courtney supported the Legal Aid Bill and even won a 15-cent cigarette tax in October, with money dedicated for mental health services. That increase was decried for being too small, but Courtney defended it as the only thing he could get passed -- a point that was likely true given the voting record of Johnson and Republicans.

Curiously, Courtney didn’t report any money from the tobacco company before the parent company made an Orwellian name change from the much-maligned Philip Morris to the deceptively benign-sounding Altria Client Services.

But make no mistake, Altria remains a tobacco company responsible for 51 percent of the cancer-causing tobacco products sold in the United States. And while tobacco use may be falling, Altria has been able to increase its share of the $66 billion market, while its profits are on the rise.

Johnson has raked in thousands from Big Tobacco over the years. More than any other Democrat, she gladly accepts corporate special interest money, which undoubtedly influences her decision to counter the rest of Democrats on a raft of other issues, including the Toxics Disclosure for Healthy Children Act

The Scappoose lawmaker caucuses with the Democrats and represents a district that is comfortably Democratic -- all four counties were won easily by President Obama in both 2012 and 2008. Obama won one of her counties -- Clatsop, which includes Astoria -- by 14 percentage points in 2012.

Johnson's father was a Republican lawmaker and timber baron who left her and her sister an estate worth $22 million. As such, she frequently votes with Republicans on key issues of importance to Democrats, such as gun control, labor rights, easier voter registration and product safety.

Though she sits on no policy committees, she has been able to amass enormous power by serving as a Democrat in the closely divided Senate while sabotaging that party’s platform from within to promote the wishes of Republicans and big business.

The veteran lawmaker has become almost unstoppable in Oregon politics. Although outside Democrats like former Democratic National Committee Chairman Howard Dean threatened to recruit an opponent after she helped defeat new gun regulations, no one of either party has stepped up, and she is running for re-election unopposed.

In 2012, Democrats were able to push out a similarly unprogressive Democrat, former House Business Committee Chairman Rep. Mike Schaufler of Happy Valley, who had scuttled attempts to enhance workers' rights such as unpaid time off to grieve for dead relatives.

But Schaufler was accused of groping a woman and undone by his own buffoonery, not his Republican-style politics.

Johnson has been charged with repeatedly using her office to boost her own piggy bank, but she has never been accused of indiscretions such as Schaufler’s. Even if progressive Democrats found someone in Astoria to run against her, they would have to worry about ending up in a situation similar to the Washington state senate, where two conservative Democrats bolted the party and gave the Republicans an artificial majority.

Because of that majority, Washington refused to pay its share of the Interstate 5 bridge across the Columbia River, fretting about light rail. Scores of bills from the liberal Washington House went nowhere in the Washington Senate.

Johnson’s enviable campaign chest -- she raised $242,000 just in the six months before the 2014 session -- can also enable her to play rainmaker for Democrats locked in electoral fights. If progressive Democrats won’t rake in the corporate money, she can do it for them. Since she has no opponent for re-election, that money will be free to enter other legislative campaigns.

None of her campaign cash has gone recently to other Democratic campaigns, but she has personally given out $66,000 to others since 2007, even to some Republicans, like Sen. Hansell.

The Democratic strategy for 2014 instead appears to be to simply to increase its majority in the Senate, recruiting challengers to take on Republicans Sens. Betsy Close of Albany, Bruce Starr of Hillsboro, Chuck Thomsen of Hood River and Alan Olsen of Canby.

Johnson would lose much of her ability to derail Democratic legislation if the party could get beyond a 16-14 majority, but the Democrats have their own seats to defend, including Sen. Alan Bates of Medford, who has a rematch with the man he bested by only a few hundred votes in 2010 -- retired Marine Corps Col. Dave Dotterrer.

Close, Starr and Olsen took $2,000 from Altria/Philip Morris in the past six months. Thomsen received $1,000.

Close is particularly vulnerable. She has been one of the Senate’s most conservative members, but her district, which includes liberal Corvallis and Oregon State University, has a sizable Democratic advantage. The representative from Corvallis, Democrat Sara Gelser, has decided to leave the House and filed to run against Close for the Senate seat.