On The Move Program Raises Its Head Again

State officials intend to re-start this federally-funded program but insist they’re moving cautiously and deliberately to avoid running into the same problems as before
By:
Diane Lund-Muzikant 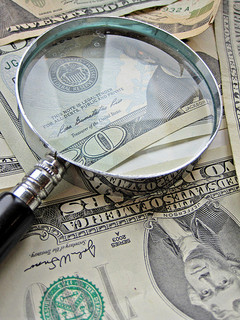 October 24, 2012 -- A federally-funded program that was shut down following an investigation by the Oregon Department of Justice is about to re-emerge once again. Until late last year, the On The Move program had spent nearly $28 million to transition 336 people out of nursing homes into home and community-based settings. The majority of those dollars -- $20.3 million – came from federal grants; the rest from state coffers.

That investigation determined that the project’s manager, Julia Huddleston, had “knowingly and intentionally” failed to report accurate information to her supervisors – James Toews and Cathy Cooper – both of whom lost their jobs.  Huddleston, who resigned before the investigation got under way, was not charged with any criminal wrongdoing.

Now, with the state facing budget shortfalls, officials intend to capture $750,000 in federal funds from this same program to support 500 people moving out of nursing homes starting next July, said Mike McCormick, deputy director, Aging and People with Disabilities Program with the Department of Human Services.

“We’re taking it slow and deliberate to start out, and taking advantage of the additional federal funds to build our infrastructure,” McCormick told The Lund Report. This population, he added, “naturally transitions” from nursing homes to lower levels of care such as adult foster homes or returns to their own home.

To assure the transition runs smoothly McCormick is setting up a reporting system and reconvened a stakeholder advisory group of representatives from the long-term care community, including advocates, consumer groups and state officials.

“We’re going to take all of our proposals to them and be completely transparent on what we try to do; this is a very deliberate process,” said McCormick who’s also keeping legislators and the governor’s office updated on his plans.

McCormick admits he isn’t ruling out the possibility of re-introducing the former program where federal dollars were spent remodeling housing units and building new projects so that long-term institutionalized people with complex medical and long-term needs could receive services in their own communities.

In fact, there was even discussion at the last stakeholders meeting about using federal funds to move people out of the state mental hospital into community settings.

But McCormick isn’t ready to say when that program would emerge – if at all. And, he promises not to do anything without the approval of the stakeholders.

“The Money Follows the Person grant still offers significant value to Oregon’s seniors with complex medical and long-term care needs,” he said. “And, the administrative issues of the past have damaged this program’s reputation, but those issues have been addressed and corrected. The current leadership is committed to a deliberate and transparent process that can rebuild trust, promote integrity and meet the needs of participants seeking the assistance the grant provides.”

At the federal level, this program is known as Money Follows the Person, and Congress has authorized $4 billion through September 2016. Until now, about $1 billion has been paid or committed to various states around the country. According to previous reports, Oregon could qualify for another $20 million in grants.

Before the program was halted last year, there was considerable criticism from advocates, family members and legislators that people were being relocated to inappropriate settings where their needs were not met, resulting in the death of 44 people while another 16 people had to be re-institutionalized. .

Last December, Sen. Alan Bates (D-Ashland) expressed deep concerns about the program during a legislative hearing. “We need to have a serious discussion with the managed care plans, SPD and advocates for the elderly about what we’re doing here. Having people siloed off in two different agencies is, to me, not effective. I have some real concerns and am waiting for something to pop up in a newspaper that we might have hurt someone.  The goal here is to save money, but that’s not the goal I’m looking for.  We need to have a safe and secure place for these people. Money is secondarily.”

If a patient is moved from the hospital to an adult foster home, and ends up back in the hospital within 30 or 60 days, something’s awry, he said. “The buck doesn’t stop in the right place. I’m wondering who should be responsible for this program. I’m not sure it should be SPD.”

Bates suggested the managed care plans responsible for the Oregon Health Plan take over the coordination of these services, and urged discussions to get under way with the governor’s office.

Getting the appropriate care to this fragile population, Bates said, is his primary concern. “What’s happening to these people? Are we rushing them through a system to save money? Maybe a 5 percent increase in nursing home rates for elderly population who are aging and getting sicker is appropriate. I don’t know the answer, but am very concerned that people working in the hospital on behalf of SPD really have the training to do the job that’s necessary. My major concern is taking care of elderly people who can’t take care of themselves. We may be potentially putting them at risk. I’m not convinced we’re going in the right direction.”

To read a regional article about the Money Follows The Person program that appeared recently in the Washington Post, click here.

Image for this story by Images of Money (CC BY 2.0) via Flickr.