Moda Health Doubles in Size But Ends Up in the Red

Major insurers Regence BlueCross BlueShield, Kaiser Permanente and PacificSource see their enrollments go down at the end of the third quarter, while co-ops pick up steam.
By:
Courtney Sherwood 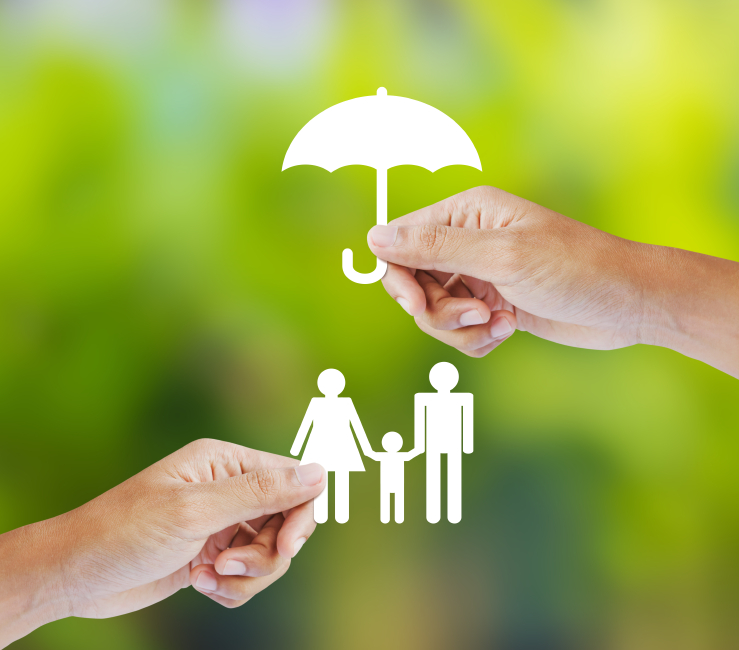 Moda Health has more than doubled in size since Jan. 1, when federal rules surrounding health coverage went into effect. Over the same period, Oregon’s largest insurers have shed tens of thousands of members, according to third-quarter statements filed with regulators.

The documents show that Moda – which offered some of the lowest-cost health plans available to individual insurance consumers – had 201,903 members as of Sept. 30, up from just 82,844 at the end of the year. Over the same period, Regence BlueCross BlueShield, which provides traditional health insurance to more people than any other organization in the state, saw its membership fall by 24,802, to 473,089, while Kaiser Permanente and PacificSource Health Plans also reported lower enrollments.

These numbers don’t tell the whole story. Many large employers, including Nike, Intel and Oregon’s state government and public school districts, are self-insured and pay these companies to administer their plans. The tens of thousands of Oregonians covered by these workplace plans are not included in insurance company quarterly reports. Nor are the 918,126 Oregonians who are enrolled in coordinated care organizations, the Medicaid-backed health plans for people with lower incomes.  Nonetheless, the quarterly financial and enrollment reports health insurers must file with regulators provide the best insight available into how the private market is evolving in a new regulatory era.

Here’s how total enrollments have shifted since the start of 2014, ranked by total member count at each plan:

A closer look at the numbers shows that each insurer seems to be taking a slightly different tack as it responds to a changing health marketplace.

Regence BlueCross BlueShield is selling more dental insurance and Medicare plans than a year ago, but fewer comprehensive health plans to individuals or employers. The company’s individual marketplace plans were priced in the middle of the pack this year, according to a review by the Oregon Department of Consumer & Business Services. A 40-year-old nonsmoker from Portland would have paid $229 per month for a bronze-rated Regence BCBS plan, compared to $166 from the cheapest alternative, Moda, or $271 from Trillium, the most costly plan.

On Jan. 1, the rates charged by insurance companies will change. Regence BCBS plans to reduce its individual bronze plan by about 5 percent, while some of the competition goes even cheaper and Moda is preparing to increase its rates.  It will take until early next year to know how these rate changes will affect enrollment by plan.

Though its membership may be down, Regence BlueCross BlueShield’s financial results so far this year put it ahead of most insurers in the state. The nonprofit reported a razor-thin profit of $819,762 from January through September of this year, a period when Kaiser, PacificSource, Health Net, Moda, LifeWise, Health Republic and Oregon’s Health CO-OP all reported losses. From January through September of 2013, Regence BCBS’s profit was $36.2 million.

Kaiser has added about 4,000 new members who bought insurance through the individual marketplace since the start of the year – but it has also seen enrollment in its traditional employer-based plans decline by 13,363. It has also signed on an additional 3,561 members to its Medicare program, bringing enrollment to 73,024.

Not included in these numbers are Kaiser members who are enrolled through the state’s Public Employees Benefits Board, which allows tens of thousands of Oregon workers to choose between Kaiser and Providence plans.

A nonprofit HMO, Kaiser also appears to be trying to recruit more people to its Medicare plans. The company has posted billboards in Portland touting rates of less than $50 for seniors eligible to join the program.

Kaiser’s success at recruiting individuals occurred even though its plans cost more than many of its lowest-cost competitors. Its bronze plan is $201 for a nonsmoking 40-year-old in the Portland area this year – more costly than five other bronze offerings. But for health insurance shoppers willing to pay for a higher tier of service, the prices available clustered more closely together. Most silver tier plans for 40-year-old Portland consumers cost between $215 and $278, putting Kaiser’s $256 per month plan right in the middle of the pack.

Next year, Kaiser is cutting the cost of its individual marketplace bronze plans by 5 percent, and keeping its silver and bronze pricing largely unchanged.

PacificSource has lost both individual members (down by about 10,000) and employer-based members (down by close to 28,000) since the start of the year, despite offering individual bronze-rated health plans below $200 per month for 40-something nonsmoking Portland residents.

Some of this decline may reflect PacificSource’s decision to focus on its two coordinated care organizations, which administer Medicaid plans in central Oregon and the Columbia River Gorge. As of Sept. 15, the PacificSource Community Solutions Central Oregon CCO had enrolled 53,137 members, and the company’s Columbia Gorge CCO had enrolled 12,520 members, according to Oregon Health Authority figures. These members don’t show up on PacificSource’s health insurance statements submitted to regulators.

Moda’s health insurance plans are among the lowest-priced options for individuals buying their own coverage in Oregon, and the company’s pricing strategy seems to have paid off. At the end of last year, it had 35,655 people signed up for its individual plans. By Sept. 30, Moda had signed up 142,779 for individual plans, and also succeeded at boosting employer-based enrollments by close to 20,000 over that same time period.

But that growth has come at a cost to Moda’s bottom line. The company reported a net loss of $5.4 million during the first nine months of this year, compared to a $4.7 million profit over the same period in 2013.

Next year, Moda won’t be able to bank on having the cheapest plans in the state. It plans to raise rates by about 13 percent. A 40-year-old nonsmoking Portlander paying $166 a month this year for a bronze plan would expect to pay $187 next year. Meanwhile, Oregon’s Heath CO-OP plans to cut its rates 31 percent (to $157 for the same hypothetical buyer), Health Republic, 19 percent (to $156) and LifeWise reduced rates 9 percent (to $174).

If individual health insurance buyers stick with the plan they have, that will be good news for Moda. But if buyers shop based on price, the company that has grown the most so far this year could see a change of fortune in 2015.

Though Providence reported small gains in enrollment, the nonprofit fell to fifth-largest in Oregon after being eclipsed by Moda’s meteoric rise. Providence saw enrollment in individual health plans fall by just shy of 1,500 over the first nine months of this year, while it signed on a net increase of 2,300 employer-based health plan members.

Providence’s poor performance in the individual marketplace is likely a reflection of its rates: A 40-year-old nonsmoking Portlander would pay $231 for a Providence bronze plan, $272 for a silver plan and $318 for a gold plan this year. That makes Providence the most expensive of the major insurers, behind only BridgeSpan, a subsidiary of Regence BlueCross BlueShield, which operates in Oregon, Utah, Washington and Idaho, and Trillium, a CCO no longer enrolling people in traditional plans.

With a 17 percent rate cut planned next year, Providence may be a more competitive player in the individual marketplace in 2015. Its bronze plans will start at $192 for 40-year-old nonsmokers in Portland, just $5 more than Moda’s.

It’s worth noting that Providence administers many of Oregon’s Public Employees Benefit Board health plans, and these figures are not reported in quarterly filings to regulators. Tens of thousands of people are enrolled in Providence and Kaiser plans through their public sector jobs.

Health Net Health Plan and LifeWise Health Plan, two longtime Oregon health insurers that have maintained a small but consistent presence in Oregon, reported shifts in enrollments and financial losses in the first nine months of 2014.

Health Net’s membership has climbed by 387 people this year, to 70,180. The company reported about 1,100 more people signing up for its individual health plans, among the lower-cost options on the market, while 13,885 fewer people received Health Net coverage through work. The company’s biggest gains have been in Medicare enrollments, which climbed from 1,931 at the end of last year to 12,346 as of Sept. 30.

LifeWise, meanwhile, has stuck primarily with group and individual comprehensive health plans – but has lost individual members more rapidly than it has added people through employer coverage. LifeWise saw individual enrollments fall by about 4,000 members over the first nine months of this year, while workplace enrollments climbed by 982. The company plans to cut its individual rates by 9 percent on bronze plans and 13 percent on silver plans in 2015.

The co-ops are growing

Health Republic, which had no members at the end of last year, had enrolled 2,961 people through individual health plans as of Sept. 30 and 3,691 through employer-based plans. Beginning next year, Health Republic’s individual health insurance plans will be among the lowest cost in the state. For a nonsmoking 40-year-old Portland resident, its bronze plans will cost $156 per month, a 19 percent decline, while its gold plans will cost $284, down 11 percent.

Oregon’s Health CO-OP, which also only began offering insurance plans this year, had enrolled 722 individuals and 557 people in employer-based options as of Sept. 30. It plans to cut its bronze plan rates by 31 percent for a 40-year-old nonsmoking Portlander, to $157 per month, and to offer the lowest cost gold plans available next year, at $241 for our hypothetical 40 year old, a 26 percent rate cut.

Nov 20 2014
News source:
The Lund Report
Keywords:
health insurance, Regence BlueCross BlueShield, Kaiser Permanante, pacificsource, Moda
×
This article is for premium subscribers. If you are one, please sign in below.
You can see two more premium stories for free. To subscribe, click here. We depend on premium subscriptions to survive, and they are tax deductible.
Sign InGo Premium Not now