The CEO of Advantage Dental Plan believes we’re spending too much money on expensive technology and need to redirect those dollars to basic healthcare services
By:
Diane Lund-Muzikant 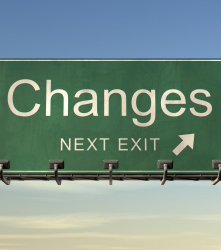 December 5, 2011 -- More expensive technology is saving peoples’ lives at the end of life and leaving more people behind who need basic healthcare services. That has to change, according to Mike Shirtcliff, who’s focusing his energies on transforming Oregon’s healthcare system.

“We waste money on things that don’t matter,” said Shirtcliff, the CEO of Advantage Dental Plan, which provides dental coverage to 189,000 Oregon Health Plan members in 33 Oregon counties. “Do you really need granite tabletops in a hospital to deliver good care? Do we need 11 MRIs in central Oregon to deliver good care? I’ve never seen a hospital that didn’t have a crane outside.”

Shirtcliff acknowledges that creating change won’t come easily. Competing health plans, hospitals and providers – particularly in Multnomah County -- are concerned about being left out when coordinated care organizations emerge which will be responsible for providing physical, mental and dental services to more than 600,000 Oregon Health Plan patients next July.

It’s essential to bring all the players to the table – hospitals, the counties, health plans, physicians, dentists and mental health providers – and give everyone veto power so people can begin trusting each other and problem solve without the fear that they’ll be left out, he said.

“Everyone has to have the opportunity to participate; otherwise people who are invested in the system will try to sabotage the process,” said Shirtcliff, who’s well aware that “money people are trying to control the situation so they end up on top; that’s human nature.”

Several communities appear ready to launch a coordinated care organization – in Douglas County, the south coast and central Oregon, said Shirtcliff, who’s been participating in meetings throughout the state.

The transformation process is on a very quick turnaround time. Next February, legislators are expected to approve the business plan being developed by the Oregon Health Authority that will lead to the creation of coordinated care organizations.

“A lot of legislators are nervous because a lot of their constituents are nervous,” Shirtcliff said.

There’s also a certain amount of distrust, he said, about the motivations of Dr. Bruce Goldberg, director of the Oregon Health Authority, the governor and certain legislators because of the changes ahead.

But that can be overcome because “we have a process of checks and balances, and that’s good government,” he said. “There are people of good will wanting to do the right thing, and collaborate to make this happen. When you decide to do something this radical, you charge forward and figure it out. If you slow down, there’s more time to get bogged down.”

Shirtcliff was surprised that legislation passed with such a strong majority in both the House and Senate earlier this year to begin transforming Oregon’s healthcare system and credits Governor Kitzhaber.

“I may disagree with the governor from time to time but agree with him when comes to healthcare,” he said. “I also believe that it’s a recognition by all of us that we need to do something to change our delivery system. Sure I have trepidations about it; I’ve worked in the other delivery system for 35 years. But we need to move away from paying for widgets; right now the more widgets you do, the more money you make, and the system we have is paying providers less and less and squeezing all of us down.”

Nick Benton has put it very

Nick Benton has put it very well. I completely agree and have little to add, other than that the consumer contribution to health care costs is the elephant in the room that has not been part of the debate in the USA, so far. Yes, drug companies and medical technology manufacturers, Taj Mahal hospitals and clinics and excessive profit and income for many types of health care providers contribute, but they only are charging what the market will bear. We are all willing to feed our insatiable appetites to consume these services, no matter what the cost, and we all want someone else to pay for it (our insurance, the government, etc). We cannot have the change we seek, affordable access to the services most of us need most of the time, without a change in American consumer behavior, AND policies that take the huge profits out of delivering those services.

I have caused quite a

I have caused quite a conversation around this article. My intent was not to demonize any of the health care system and could have maybe chosen my examples differently and they were part of a bigger discussion I was having with Diane around our current health care delivery system that stresses end of disease treatment, the ultimate being the hospital. The hospital is where people go when the rest of the system fails and hospitals have to accept all comers regardless of their ability to pay and who wants to do to a bad hospital when one is needed. Most of us have an insecurity in the back of our minds, for few of us live our lives such that we never will need a hospital. So please do not think I am after the hospitals for if all of us in the current delivery system were doing are jobs as well as we could we would need less hospital care. I do think though that we all need to think about the money in health care differently and not spend money foolishly leaving other services felt less essential out which in turn may cause the cost to go up in other areas. I hope this is taken in the spirit of improved care, access and lower cost. My thanks to the Legislators on both side of the aisle and the Governor for understanding the importance of oral health and allowing dentistry to be part of the discussion. Mike Shirtcliff