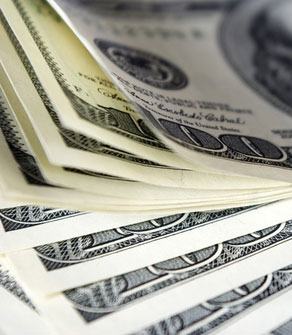 November 16, 2011 -- Surveys of doctors show that now more than half think that providing higher-quality medicine may lead to losses in their earning power, a belief that may help explain why an exceptionally high number of patients don’t get recommended care, according to Dr. David Reuben MD, who spoke at the OHSU Foundation for Medical Excellence annual lecture earlier this week.

“We have seen this incredible corporate-ization of American medicine,’’ said Reuben, director and professor of geriatric medicine at UCLA’s David Geffen School of Medicine.

“Productivity is thought to be the most important factor in determining income,” he said, adding that physician polls also show that one of the most coveted aspects of their practice is time – time for more patient contact, for being able to mull over cases and for being able to tailor treatment to the individual patient.

Instead, many feel caught up in paper work. “I know some who have left (medicine) because of it,” said Reuben, who is immediate past chair of the American Board of Internal Medicine and a former president of the American Geriatrics Society. Previous models of medical practice simply cannot be sustained, he warned.

Citing a report a few years ago by the RAND Corp., which pointed to serious healthcare deficiencies, Reuben said there isn’t evidence things have improved much since then.

The analysis, which was published in the New England Journal of Medicine, indicated only about 55 percent of the thousands of participants whose medical records were reviewed as part of a 12-city study received optimal care.

Inefficiency continues to plague the system, Reuben observed. Slow adoption of the electronic health record – which would make patient histories available at the touch of a few keystrokes – is one reason. And, by some estimates, waste and duplication of procedures account for about a third of the current costs of medical care, with re-ordering of tests topping the list.

“I’ll give you an example,” Reuben said, using himself as a hypothetical OHSU physician confronted by a sick adult who was previously treated across town at a different facility. Is there time to find the results of previous testing, “to hunt for those” amid the time pressure many doctors are under? Not likely. He’d probably just order more testing, too, he said.

Giving people a “medical home” where they can receive continuity of care under a case-manager approach would go a long way toward correcting things. And, though health-reform law is under attack by litigation, such provisions offer a solution, he said.

“Physicians as the command-and-control model” is an outdated concept, Reuben stressed. Instead, there needs to be a new “teamy-ness” among the traditionally individualistic medical professionals. And it better come soon, he cautioned. Oregonians live in a state already attracting retirees, and its population is aging, too.

In the next two decades, “the entire country will look like Florida,” he said. That will mean huge increases in health care utilization. Will one benefit be big changes in medicine? Likely so, Reuben said. “But it is going to be a bumpy flight. Buckle up.”